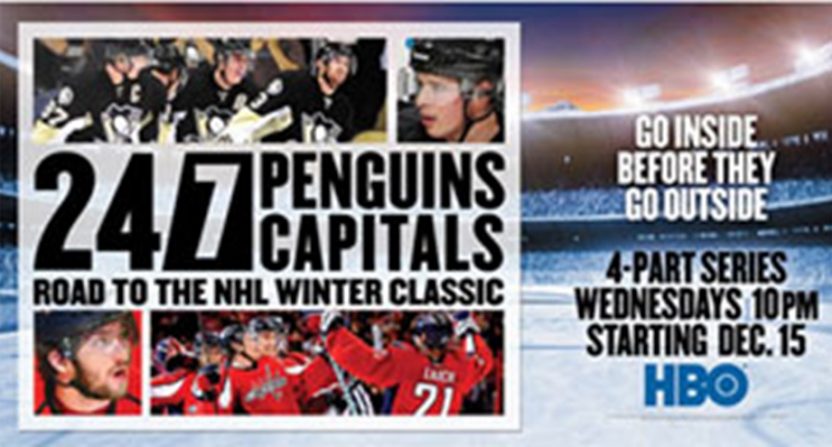 Nobody saw it coming.

In the weeks and months leading up to the NHL’s new rights agreement with Turner Sports, formally announced yesterday, Turner was rarely mentioned in speculative articles about the NHL, or was only given a cursory mention and categorized as a long shot bidder. Turner had lost rights to the PGA Championship and UEFA Champions League, and had steadily been downsizing Bleacher Report, while many within the industry thinking the digital operation would eventually be sold off.  With no historical tie to hockey or the NHL, the idea that Turner would catapult over Fox, NBC, Amazon, and others just didn’t seem realistic. And yet, here we are.

We ourselves are still trying to wrap our heads around the surprise move and what this means going forward. Here are five questions that still haven’t been answered after the announcement of the new TV deals.

What will the weekly schedule look like between Turner and ESPN?

Jeff Zucker says Turner has not decided on a night for NHL games. Also said initially focus will be on putting games linear TV – TNT and TBS – with HBO Max streaming more for the future.

ABC and ESPN will combine to broadcast 25 regular season games in each season of the deal. It’s not at all clear when (or where) those games will air, as ESPN and ABC currently have the NBA on Mondays, Wednesdays, and Fridays, with some games also on Saturdays and Sundays. ESPN also has a heavy (to put it mildly) load of college basketball to schedule around.

Turner’s deal calls for “up to 72 games a season.” With that in mind, TNT is spoken for on Tuesdays and Thursdays with their NBA commitment. Turner will also have MLB on TBS on Tuesdays starting next season in the spring and summer. On Wednesdays, TNT airs AEW.

Most reporting has TNT getting the bulk of the NHL deal, with TBS having some games well. Looking at the most plausible options, it seems like TNT, and potentially TBS, would focus on Monday (we wouldn’t object to branding it as “Monday NHL Nitro”) and Wednesday nights, potentially looking to relaunch NBCSN’s rivalry night theme, which was axed in 2018. Whether or not Turner leans into the rivalry night concept, most believe Wednesday night to be the most attractive landing spot for the NHL, which makes AEW being shifted to a new night a real possibility. Monday is also open, but that would see TNT (or perhaps TBS) competing with MNF for a chunk of the season, along with the CFP National Championship, NCAA Basketball National Championship, and USA’s Monday Night Raw. If Turner does indeed look to schedule games on Monday, it could start later in the season to avoid some of the more congested nights.

Where, if anywhere, will NBC’s on-air talent land?

The NHL splitting their national package between two entities initially meant we’d have to see at least one network develop their own announcing and studio teams. However, with NBC not retaining any NHL rights thanks to Turner swooping in, two companies will be going through the same drill at the same time, all while NBC’s hockey talent are looking to land their next gigs. It’s an interesting dynamic with the incumbent broadcasting and production talent having to navigate losing their job, but having two very plausible landing spots.

Here’s a look at the current on-air talent (from Wikipedia, so it could be very much out of date) at NBC that could be looking for new homes.

It seems likely newly minted Monday Night Football announcer Steve Levy will get tapped as ESPN’s top play by play announcer. Some have suggested Sean McDonough as a possible option as well, while John Buccigross has called the Frozen Four for ESPN and is also an option, although ESPN might look to him as their main host of studio programming.

Even if ESPN mostly stays internal filling out the play by play announcing lineup, the network is pretty damn empty in terms of employed former NHL players and coaches for color and studio and will likely look to pluck a few NBC folks. Eddie Olczyk and Anson Carter stick out as strong options for both ESPN and Turner here.

Turner really doesn’t have many in-house options, so you’d expect them to be more active looking to absorb some of the displaced NBC folks. Kenny Albert and Brendan Burke would be a good place to start and help the network mitigate any backlash by offering up some level of continuity, while also letting the network concentrate more on the color and studio components of their broadcasts.

Is Fox going to struggle to acquire and retain sports media rights without a comprehensive streaming service?

The story so far in 2021 with the NFL and NHL’s TV rights deals has been streaming. Fox lost Thursday Night Football to Amazon. Meanwhile CBS, ESPN, and NBC all carved out that some, or all, of their NFL games will also air on their respective streaming services, all of which (Paramount+, Peacock, and ESPN+) are crucial to their overall strategy right now. Fox does not have a competing streaming service. They do have Tubi, but it doesn’t have live sports and, unlike the others, is not a pay product.

The NHL decided on ESPN and Turner largely because they wrote the biggest checks, with the streaming component of those deals really being the driving motivation and bidding difference between them and other interested parties. Every league and conference going forward will now follow the same blueprint as the NFL and NHL just did, in that they’ll take more money and allow some chunk of their games to be streamed. It’s an annoyance to fans who have to decide if they want to pay up to watch *every* game, but it’s more money for the owners. But how will Fox navigate this new reality given they don’t have a comparable streaming product?

There are three ways this could play out for Fox.

Whatever shakes out here, Fox seems to be at a disadvantage in the short term bidding on rights, simply because they have one less monetization tool available to them.

Can Turner make the economics work?

Speaking with people within the industry, there is a lot of skepticism Turner will make money on their half of the deal. Perhaps they’re okay with that. NBC only offered around $100 million, compared to Turner’s $225 million. With NBC shuttering NBCSN sometime this year, their broadcasting setup will be similar to Turner’s setup going forward, with games on a non-sports channel (USA, as opposed to TNT and/or TBS) and their streaming service (Peacock vs. HBO Max). The only real difference is that Turner doesn’t have a broadcast network like NBC.

The takeaway here is that NBC, who knows the NHL and knows how much money they can make off of the NHL, ultimately thought the rights were worth $100 million a year. I’ve seen some people say that they were merely staying in the bidding to help the NHL get a better bid from others.

Either way, NBC didn’t renew either any part of the NHL’s package and their last bid was less than half the winning bid for the smaller package. That’s not exactly a vote of confidence. The amount that Turner bid over NBC (more than twice as much) signals a challenging road to make this deal profitable for Turner. Cable subs have been declining for years, so even if Turner can use the Stanley Cup, Winter Classic, and the bulk of games to boost their carriage fee higher, that’s still a tough road with the declining amount of cable households.. Turner is hoping advertising and subscriptions to HBO Max will do the rest. Perhaps they’ll make it work, but they could be in the same boat in seven years as NBC was this week in letting someone else outbid them because the economics didn’t make sense going forward.

The door is now open for 24/7: Road to the Winter Classic to return to HBO, where it thrived for three years early last decade. The show has since bounced around to Epix, Showtime, and others since. The series, while good, hasn’t had the same visibility, prestige, and polish since leaving HBO. You just can’t replace Liev Schreiber’s voice and HBO’s cultural relevance.

So what will shake out here? The show has been manned by Ross Greenburg since leaving HBO. Greenburg was the HBO Sports President from 2000-2011 and helped develop the initial HBO version. Greenburg and the NHL have a very productive relationship that also has his group producing Quest For The Stanley Cup, which airs on ESPN+. Greenburg has produced NHL content for HBO, Showtime, ESPN, Epix, and Amazon, so the league certainly leans on him for documentary content, but it’s unclear if he’d want to work with HBO again. It remains to be seen if the NHL would look to move the show to HBO without Greenburg’s continued involvement or if it will stay under his control. It’s possible you could see ESPN or ESPN+ land the program, but I think given the Winter Classic will air on TNT while ESPN is airing college football bowl games, they’re not going to go out of their way to heavily promote an event they are not airing and are actually competing with.

24/7 returning to HBO seems like a no-brainer, but the devil is in the details. HBO Sports no longer has a president and Greenburg has made content for just about every network except HBO since he exited a decade ago. Let’s hope it works itself out, and hockey fans are treated to Schreiber’s voice narrating the series once again.