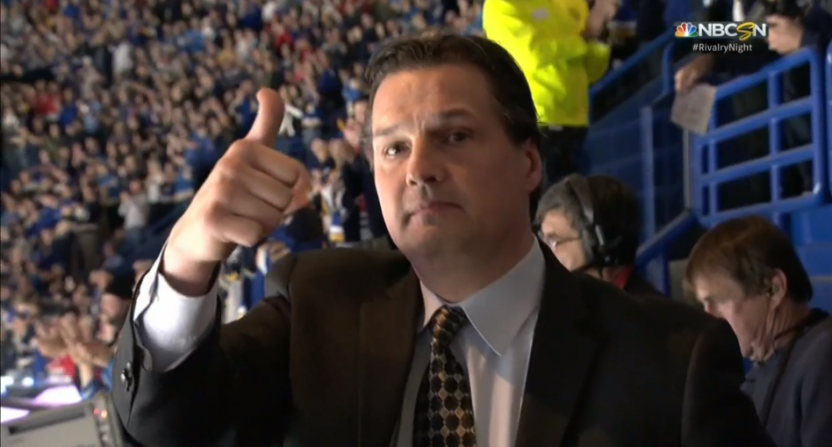 NBC and Chicago Blackhawks TV analyst Eddie Olczyk was diagnosed with colon cancer in August, and the support quickly came pouring in for one of the most respected people in the hockey world. The 51-year-old began chemotherapy treatments in September, and has been getting treatment every other week.

It's so good to see you, Eddie. ❤️ pic.twitter.com/ZTvndyHXeG

Emrick began the ‘Hawks-Blues game broadcast by talking about Olczyk’s return, and Olczyk said that “tonight is the best medicine I’ve had in such a long time.”

During an in-game commercial break, the fans at Scottrade Center gave Olczyk a roaring standing ovation. This is a fantastic moment (and in the home of the Blackhawks’ rival Blues, showing just how much everybody loves Olczyk):