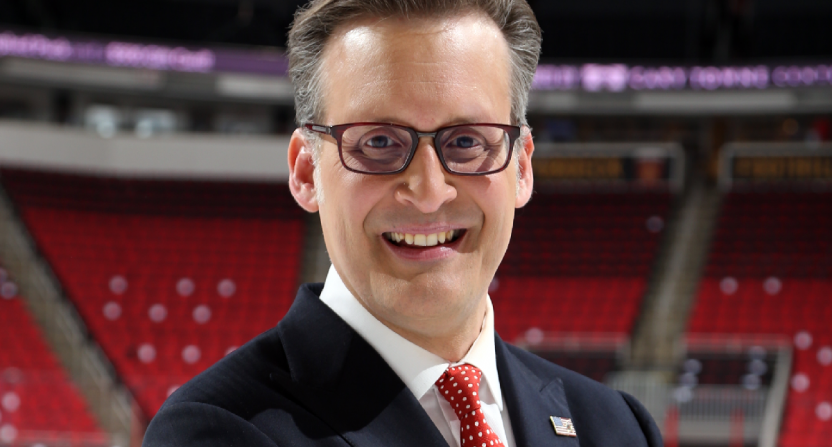 Carolina Hurricanes play-by-play broadcaster John Forslund is self-quarantining after he was potentially exposed to the COVID-19 coronavirus. Forslund stayed in the same hotel room Jazz center Rudy Gobert occupied the night before.

Gobert tested positive for COVID-19 (along with Jazz teammate Donovan Mitchell) which lead to the NBA suspending the season, the first link in a chain of events that led to the cancellation, postponement, or suspension of almost all sporting events in the United States. According to Luke DeCock of The News & Observer, Forslund and team videographer Zack Brame were informed by the hotel that they were potentially exposed.

Listening to Forslund describe both the initial events and his quarantine situation is a sobering reminder of how serious this is.

Forslund was sitting on one of the team buses just after 2 p.m. Thursday as the Hurricanes prepared to come home from New Jersey after the suspension of the NHL season when Hurricanes vice president Mike Sundheim, who manages the team’s travel, came aboard and asked the other passenger to exit. Sundheim told him that the Jazz had stayed at the hotel before their game against the Detroit Pistons on Saturday night, and the Hurricanes checked in about 8 p.m. Sunday.

After Gobert tested positive for the COVID-19 disease Wednesday night, the hotel told Sundheim that Forslund and Brame had potentially been exposed as well. The two were isolated at the front of the team plane on the flight home from Newark on Thursday — “That felt like a cross-country flight,” Forslund said — and briefed by team physician Josh Bloom on what comes next.

Upon arriving home, Forslund moved into the basement of his home for the next 10 days, where he will wait to see if he develops symptoms — but only then would he be tested.

“I can’t get tested, that’s the thing,” Forslund said. “I’m like everybody else. That’s the problem right now, as a country.”

So Forslund’s wife Natalie is leaving his meals at the basement door.

He still has ten more days of quarantine, and he’s not sure how he’s going to pass the time.

“It’s different. It’s a long time,” Forslund said. “Today it doesn’t seem like much. As the days march on here, you’re just hoping nothing happens. That’s different. Every time I sneeze or I cough, you wonder, ‘Where’s this going?’

“I’ll go as day by day as I can. I can’t do much. There’s nothing professionally for me to stay connected with. I’m not a big TV guy. In the season, I honestly just watch hockey and pay attention to the news. That’s all I do. I’m not a binge-watcher. Not a big movie guy. I don’t want to think about what to do because there isn’t much to do.”

Forslund was named North Carolina’s Sportscaster of the Year in January for the second consecutive year. He’s been the voice of the Hurricanes for 25 seasons, and also does occasional national broadcasts for NBC.