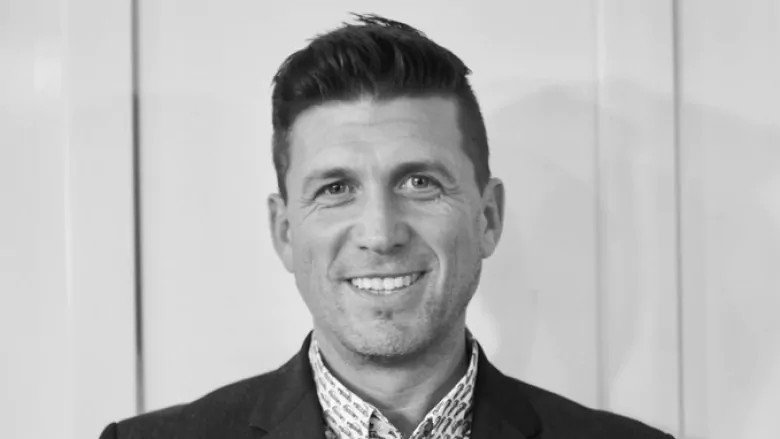 Jason Botchford has passed away at 48. Botchford was one of the most prominent writers covering the NHL’s Vancouver Canucks for over a decade, working for The Province from 2005-18 and then joining The Athletic last fall. (Update: there’s a GoFundMe fundraiser for Botchford’s family here.) The Athletic put out a statement on his passing:

Patrick Johnston of The Province has more here, including some moving tributes from colleagues. Here are a couple of highlights from those:

Paul Chapman, deputy editor of The Province and Vancouver Sun, worked with Botchford for many years.

“When Jason joined us in 2005 as a news reporter, he immediately stood out,” he said Wednesday morning. “Aggressive, passionate and intense, Jason would attack every story he was given.

“He had a hunger to get the story and get details that no one else had. We recognized how well those skills would translate to the hockey beat and gave him the job covering the Canucks and I think it’s fair to say he changed the way the sport was covered.

…Jonathan McDonald served as sports editor for The Province for much of Botchford’s career.

“He was a gutsy, honest reporter who turned the hockey writing business on its head. He could be really difficult, but uniquely difficult. I remember once asking him to do a story and his response was, ‘That’s a stupid story.’ I didn’t know what to say. He was so brazen. He wrote something else that day.

“The next morning he called me and said, ‘You know that story you asked me to write? If you want me to write a story, just tell me to write the story.’ That was his funny way of apologizing.

…“I also want to acknowledge that there were few people as creative as Jason. The Provies is one of the greatest things we ever created at Province Sports and it was all Jason, responding to my challenge to come up with new, unpredictable content we hoped would connect with readers. It was uniquely his.”

The Provies is worth some discussion there, as that really was quite a new element for newspaper hockey coverage. The concept was that in addition to straightforward game stories and traditional columns, the paper would hand out “awards,” with some of those being for good things on the ice, some being for bad things on the ice, and some being directed at Twitter users, fans, and media. A good extended example is here, on the final games of Canucks’ stars Daniel and Henrik Sedin; it includes everything from “best love story” (on those players’ changing relationship with Vancouver over time) to “best numbers” (the shots for each team winding up as the Sedins’ numbers) to some media criticism of everyone from NBC’s Anson Carter (“best investigation” of why Carter, a former Sedin linemate, wouldn’t talk to Vancouver media) to Sportsnet’s Damien Cox (“best shots/chasers” for Cox’s changing tune on the twins).

Chapman told Johnston he’d spent 20 years going to professional development conferences where people talked about reinventing game stories, but “No one ever did, and then Jason came up with The Provies, a whole new way to read about the game. Despite every game being on TV and being discussed ad nauseum, The Provies became our best-read post every day.” And it’s easy to see why; the mix of analysis, humor (or humour, for the Canadian audience here) and snark made them a compelling read for many who’d already watched the game, something that’s not always true for a traditional game story.

And a lot of that was thanks to Botchford, both for the idea and for his unique and irreverent voice writing them; he wasn’t afraid to mix it up with media and fans or to offer strong criticism of players when warranted, both in those pieces, in his other work (which often included scoops, hard-hitting analysis and more), and in radio hits and on Twitter. That all helped him stand out in a beat writer crowd. Even his intro piece at The Athletic stood out:

Consider​ it my​​ first act of insubordination.

All of the great reasons have been taken anyway.

There were plenty of thoughtful tributes to Botchford on Twitter as well; here are just a few of those.

Can’t believe this. I have no words. Amazing guy, amazing writer. Condolences to his lovely family and media friends. https://t.co/GB88c54B2Y

Just crushed by the news about Jason. He was unique, unapologetic in his approach, wildly talented and fun to work with. Thinking about his family.

Deepest sympathies to the family of Jason Botchford, incredibly sad news to learn of his passing at just 48. Creative,passionate, a bit zany and so good at what he did. I loved my back-and-forth with Botch, both on and off the air.. will miss those. #RIP

John Tortorella starts his press briefing with condolences for Jason Botchford's family. Says he just found out about his death. pic.twitter.com/9QZCi2Y1kp

During this past season, I felt so fortunate to work the #Canucks beat with him. I learned so much about how to frame questions and how to think about a story in a new way. He cared deeply about journalism and how we should all keep asking questions, to take nothing at face value

At the end of the day, he got the story — and I never knew him to get the facts wrong. That's what was most important to understand: when he reported something, it was rock solid. I'll miss him greatly and I hope I can do his memory right.

Tell those close to you how much you love them.

And try and approach your passion with the joy and innovation that Botchford did. https://t.co/QLtz4Z5lMy

Botchford is going to dominate a lot of timelines today, and he should. The community, both professionally and personally, is going to miss the hell out of his crazy shirts, huge smile, razor wit, and quiet, consistent support of those around him. RIP, Botch.

Botchford was the guy who showed you could have personality on social media, that you didn't need to be a robot. I've always looked up to that as a young reporter. https://t.co/P0oS523FRc

I’ve never known a season as a Canucks fan without @botchford. He was the voice of the fans, he told it to power the way the fans wanted to hear it. The Provies and his articles were the best Canucks sportswriting around. Very sad.

Would like to pass on my deepest condolences to the Botchford family. There are no words to express the right amount of sympathy towards his wife and young children. He will be greatly missed by all of us.

Jason Botchford was a provocative and creative journalist, a valued colleague and a beacon for #Canucks coverage. This loss is immeasurable and unimaginable. My condolences to his wife Kat, his three children, and father @LottOnBaseball.

The news about @botchford is heartbreaking. You're going to hear from a lot of people today that Jason was a hard worker, hilarious, clever, inspiring, and unafraid to set new boundaries for himself and everyone who followed his path.

It's ALL true. Fuck. This sucks. RIP, Botch. https://t.co/LJoGwtLWZD

Our thoughts go out to Botchford’s family and friends.