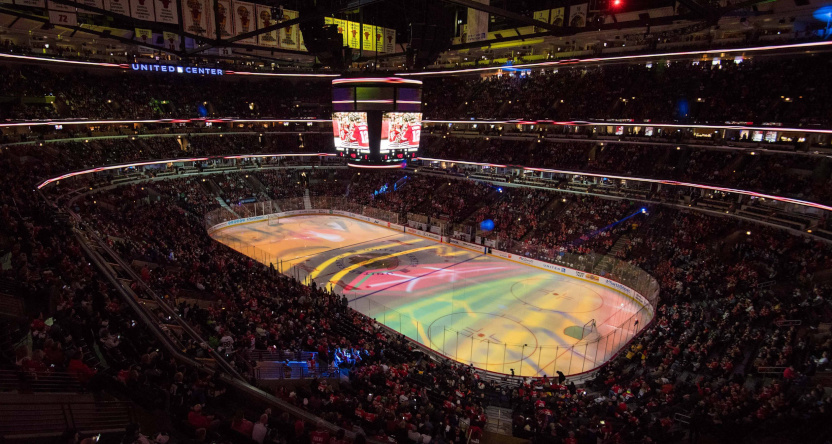 The 2021-22 NHL season is going to be long-tenured announcer Pat Foley’s last as the TV voice of the Chicago Blackhawks, and while no successor has yet been named, the team’s broadcasting announcement Thursday provides a look at some names that might be in the mix. As Jeff Agrest wrote in The Chicago Sun-Times, they’ve named four fill-in announcers, and it certainly seems possible that one of them might get the job permanently:

The Blackhawks haven’t selected a successor for departing TV play-by-play voice Pat Foley, but there’s a chance that person might come from the group of announcers who will fill in for the Hall of Famer this season.

Wiedeman will call most of the games on WGN Radio with analyst Troy Murray. When Wiedeman is on TV, Alan Fuehring, Joey Zakrzewski and Jason Ross Jr. will be among those filling in. The broadcast schedule will be announced throughout the season.

Wiedeman is known for his work calling the Blackhawks on radio (he’s in his 16th season in that role). Nelson currently works for NHL Network and MLB Network, and his MLB Network roles have included Clubhouse Edition broadcasts and co-hosting Intentional Talk. Monaco currently works at ESPN and NESN, and he filled in for Jason Benetti on some White Sox games this season; he’s also called play-by-play for Notre Dame and Big Ten hockey games. Vosters has worked for the Big Ten Network, Fox, ESPN, NBC Sports and Stadium

The Blackhawks also announced additional contributors to their broadcast and content teams who will serve in various roles throughout the season, including Adam Burish, Caley Chelios, Colin Fraser, Genna Rose, Patrick Sharp and Andrew Shaw.

“We’re always looking to elevate our fan experience to higher levels, and this is just the start of many exciting things coming on all Blackhawks content channels,” said Blackhawks President of Business Jaime Faulkner. “Fans will get more information, behind the scenes access and entertaining content this season. We are adding additional experienced and energetic voices to our legendary and popular broadcast booth to further enhance our broadcasts on NBC Sports Chicago and our Blackhawks content channels to showcase the dynamic team we have on the ice.”

Four of those people (Burish, Fraser, Sharp and Shaw) are former Blackhawks’ players. And Sharp is a particularly interesting addition considering his work with NBC Sports; he’s one of the NBC NHL people who didn’t land with new rightsholders ESPN or Turner. He’s also now working with the University of Vermont as a coaching advisor, so he has some other things to keep him busy, but it’s notable to see him involved with a local team’s broadcasts (and a team where he played for 11 of his 16 NHL seasons). Beyond that, Chelios is notable; she’s the daughter of famed Blackhawks’ defenseman Chris Chelios, but she’s also spent the last five years as the primary radio analyst for the Tampa Bay Lightning. And Rose will join Jon Hansen as an in-arena host; she’s previously worked for Sports Illustrated and ESPN3.

At any rate, while there’s no firm indication here yet on who will replace Foley in 2022-23, it’s certainly notable that the Blackhawks have spelled out that they’ll use four different fill-in announcers on TV this year. That definitely feels like it might be an audition for the main job. It’s also interesting to see them bringing in so many “additional contributors,” including four former players and someone who was a regular radio analyst for another team. We’ll see how the team’s broadcasts go this year, and we’ll see when they decide to announce Foley’s permanent replacement.