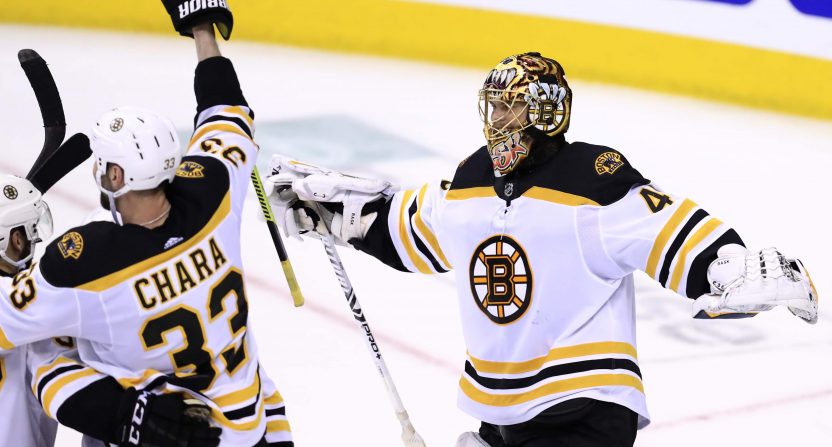 The NHL playoffs so far have produced quite impressive ratings for NBC and its associated cable networks, but more from an overall perspective than a year-over-year growth perspective. That’s because last year’s ratings were also strong. So, the playoffs through two rounds were both “the most-watched on record” (since 1994, when People Meters first included cable viewing)  and up just one percent over the 2018 playoffs. Here’s more on that from NBC’s release:

For the 69 games of the 2019 Stanley Cup Playoffs, NBC Sports is averaging a Total Audience Delivery (TAD) of 1.073 million viewers across NBC, NBCSN, CNBC, USA Network, NBCSports.com and the NBC Sports app, making it the most-watched playoffs on record through two rounds. Viewership is up 1% compared to 2018 (1.067 million), which held the previous record through two rounds.

NBC Sports’ cable coverage of the 2019 playoffs across NBCSN, CNBC, USA Network, NBCSports.com and the NBC Sports app, is averaging a TAD of 911,000 viewers, making it the most-watched cable delivery on record through the Second Round and up 10% compared to last year (825,000).

…Viewers have live streamed more than a half-billion minutes through two rounds (526.8 million), up 39% compared to the same time period last season.

So through two rounds at least, the ratings have been just fine despite the absences of many big hockey markets (including New York, Chicago, Detroit and more). And Carolina, Colorado, Columbus, Dallas, St. Louis and San Jose all set local ratings records. A big part of the success so far is how close and tense the games and series have been, though; the first two rounds included 34 one-goal games, 15 overtime contests, and five Game 7s.

It’s going to be interesting to see how the ratings stack up for the conference finals, Boston-Carolina and St. Louis-San Jose. San Jose’s a large market in terms of total Bay Area TV households (#8 nationally, as per Nielsen),but that’s combined with San Francisco and Oakland, and the Sharks haven’t always made a large impact there outside of San Jose. (Especially considering that the Warriors are also in the playoffs right now.) Meanwhile, Boston’s a good get for NBC, with the #9 market nationally and a long history of passionate hockey fandom, but St. Louis and Carolina (Raleigh-Durham) are ranked #21 and #25 nationally. So the ratings could conceivably fall. But if there are again a bunch of close games and close series, they might be just fine.