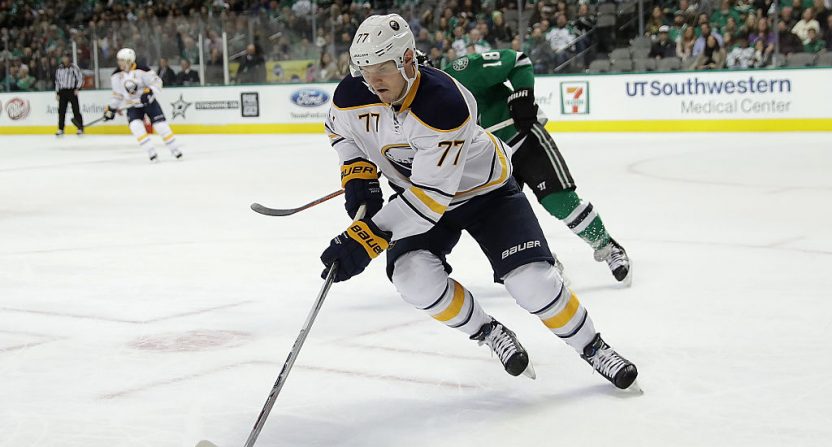 Just like the NFL, the NHL’s ratings took at hit from the presidential election, but have been slowly recovering. Sports Business Journal took at look at the ratings for 21 U.S.-based teams and found that the numbers are off 7% from last season through the All-Star Game.

Most of the teams, 12 overall experienced lower ratings with the Colorado Avalanche seeing the largest drop at 57%, on par with the team’s losing record.

Nine teams have seen ratings increases from the previous season. The Columbus Blue Jackets which had a season-high 16-game winning stream earlier in the campaign, had a huge jump in its ratings on Fox Sports Ohio, up a whopping 110%. With most of their games on MSG Plus, the New Jersey Devils saw an increase of 58% even though the team is mired in last place in the Metropolitan Division.

Also seeing a significant increase are the St. Louis Blues and Minnesota Wild, up 22% and 23% respectively and ranked 3rd and 4th among the U.S.-based NHL teams.

On top of the local ratings are the Buffalo Sabres, aired on MSG Buffalo and averaging a 6.43 rating per game. That’s down slightly from last season, but still ahead of the Pittsburgh Penguins which are up 2% from 2015-16 and averaging a 5.56 rating.

Bringing up the rear are the Anaheim Ducks on Fox Sports Prime Ticket averaging a 0.21 rating off 46% from the previous season.

Sports Business Journal has the rankings for the local NHL ratings: 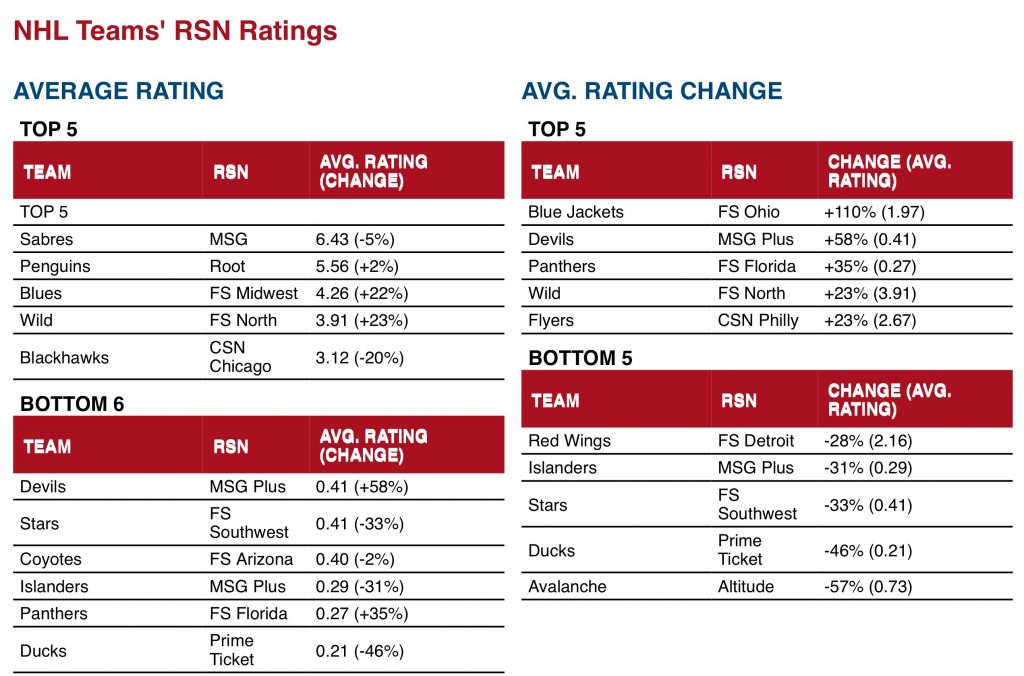 Media executives have told Sports Business Journal that once is all said and done, the ratings should be on a par with last season.