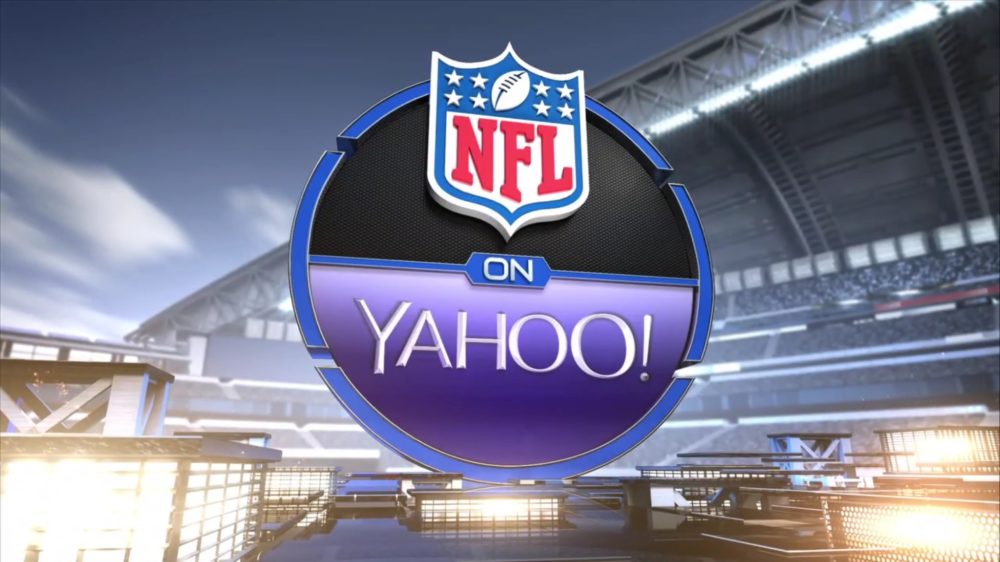 Watching “Football on your phone” is going to get easier for many non-Verizon, non-DirecTV customers. Verizon has offered streaming of NFL games to phones for the last four years, but only to their customers, and DirecTV’s Sunday Ticket deal allowed others to watch on phones, but again only their customers.

Verizon’s new deal with the NFL for mobile rights, signed in December, allows viewers to watch NFL games on phones regardless of what mobile network they use. And Verizon has now announced that’s going to kick in for this weekend’s divisional playoff games and continue through the conference championships, the Pro Bowl and the Super Bowl, with all of those games being streamed through the Yahoo app.

“Consumers in the U.S. will be able to watch all four playoff games with one click on the Yahoo Sports app,” Armstrong said on CNBC’s “Squawk on the Street.”

Here are more details from a Yahoo release, which mentions they’ll also be streaming the following week’s conference championships and the Pro Bowl:

On the heels of last month’s announcement bringing NFL games to Verizon’s portfolio of digital and mobile media properties, Yahoo Sports will livestream all four of the NFC and AFC divisional playoff games starting this weekend (regardless of mobile network). This is the only livestream of all divisional round playoff games available on one platform, providing fans with a convenient way to tune in via mobile. Fans simply need to download the Yahoo Sports app on iOS or Google Play and enable location services on their phone to view the game.

…This is just the start of the experience for Yahoo Sports fans and Oath’s billion members across its house of brands. Beginning next season, users will be able to stream in-market and national games, including national pre-season, regular season, playoff games and the Super Bowl, nationwide regardless of mobile network by downloading the Yahoo Sports app.

So this is opening NFL mobile streaming up for non-Verizon customers, and it could also be a boost for Yahoo in growing its app and building engagement from users. Of course, that depends on it working well; the exclusive Verizon stream of Baltimore-Jacksonville this September on properties including Yahoo saw a lot of complaints. But Yahoo’s exclusive 2015 stream of Bills-Jaguars seemed to go over better, and drew an impressive audience. We’ll see how these ones go.