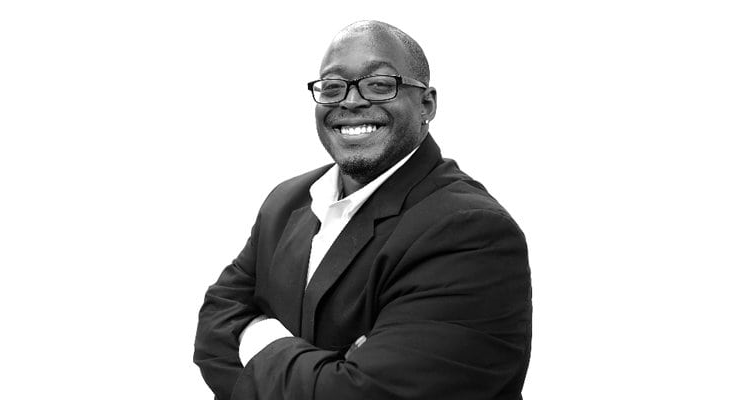 Another prominent sports journalist has passed away young. That would be Terez Paylor of Yahoo Sports, who the company announced Tuesday had died at 37:

It is with a heavy heart that we announce that our beloved friend, colleague and Yahoo Sports journalist Terez Paylor has passed away.

Paylor had been covering the Super Bowl and the aftermath as normal for Yahoo this week. He was a Pro Football Hall of Fame voter, and had previously worked for The Kansas City Star from 2006-2018 before joining Yahoo. Here’s more on him from a Star obituary by Herbie Teope:

A proud native of Detroit, Paylor joined The Star as a sportswriter in May 2006 shortly after graduating from Howard University with a degree in print journalism.

He covered high school sports from 2006 to 2012, as well as the Kansas City Brigade of the Arena Football League, progressed to the Sporting KC beat covering Major League Soccer, and then moved to Columbia, Missouri, to cover the University of Missouri athletics program for 19 months.

In 2011 and 2012, Paylor contributed to Top 10 award-winning projects for The Star, as honored by the Associated Press Sports Editors organization.

Because of his tireless commitment and proven record of excellence, The Star in 2013 promoted Paylor to the Chiefs beat, where he quickly established himself as an authoritative voice locally and nationally with stellar wall-to-wall coverage of Kansas City’s NFL team and the rest of the league.

Many further tributes to Paylor poured in on Twitter:

Wait a minute…this is just not f’ing right. What’s going on!!! Listen. Terez Paylor was my guy. Respected him to the fullest. 100%. He was real, talented, intelligent, genuine…I loved talking ball with the man. This is just devastating in every way. My condolences. I’m numb. pic.twitter.com/91SisU0NuF

I am heartbroken over Terez Paylor’s death. His passing is journalism’s loss, but a greater loss to the world. Terez was everything that is right in mankind. He was one of my closest friends and little brother I wish I always had.

Rest easy, Terez. You were loved by many. pic.twitter.com/rKoEjHwaVZ

Can’t express how sad today has been at Yahoo Sports. Terez was incredible – talented, driven, dedicated. Serious. Soulful. Grateful. So much respect for him and his journey. Just 37, about to be engaged, world in front of him. Lucky to call him a friend. Thinking of his family. pic.twitter.com/VQFEzeBfpo

He was a special, rare person. We’re all going to miss him so much.

We’ve all been in shock all day. And probably will be for a long time. #RIPTerez

My heart breaks for the family of Terez Paylor. What a wonderful man. His passion for his craft was remarkable. His enthusiasm was infectious. I treasured all the hours he let me disrupt The A-Team in 2015. Goddamn it, this is not fair. https://t.co/odKfV3XLlu

When I heard the news today, I just broke down. Terez was such a wonderful guy. We always appreciated the passion each other had about football and our places in it. Every time I saw him and we got to chat, my day was brighter. He's going to be so missed. https://t.co/8cZc95rIms

Just a crushing day. Terez was as genuine and passionate a co-worker as I’ve ever had. Prayers with Ebony and his family. We’re all completely devastated. https://t.co/cQzCQpZD90

Terez was my dude. Big hug and laughs every time I saw him.
Can’t believe it. A lot of fake people in this business. He was not one of them. RIP Terez Paylor. Smiling from above. https://t.co/dGNVadjGZo

Terez Paylor was *the* man. Most importantly a good and kind human, but also a truly phenomenal NFL writer and reporter. He was one of a kind and saying he’ll be missed doesn’t feel close to enough. We’ve been heartbroken all day.

All our love to Ebony and his family. https://t.co/w0MKDBSS1p

Terez Paylor — beloved by so many in our biz. Chiefs fans knew his stuff was beyond legit and so did everyone in that org. The guys and gals in that building who he covered on a daily basis are really hurting right now after this news. Gosh. Condolences to his fiance and family.

Too much going on. SMH. Rest in Heaven, @TerezPaylor https://t.co/7Xr1LTbi0E

This is a devastating day for the NFL, sports media, Kansas City, anyone who has read/listened to, or was lucky enough to know Terez Paylor.

Nobody was better, no one was more kind.

He was the standard. This hurts terribly. Praying for comfort for his family.

I am absolutely numb… Terez started on the Chiefs beat my first year in KC and he became one of our favorite weekly guests. He was a friend, a terrific journalist, and someone you always gravitated to. A wonderful man we lost too soon.

RIP, my friend. You are already missed. https://t.co/eezHiilMTM

Have spent the day crying and laughing and staring blankly. Now I’d like to tell you why I loved Terez Paylor so much. https://t.co/49UJEL96JZ

Oh, man. We had @TerezPaylor on as a guest on the old Orange and Blue station and he was knowledgeable, witty and a great guy with whom to talk. We’re losing too many of the best our profession has to offer. My deepest condolences to his family and friends. https://t.co/CAuvwdhVkc

We are beyond heartbroken to lose Terez. Forever in our hearts. One of a kind champion. RIP and prayers to his family and loved ones. https://t.co/A4FFwpfJkW

Cannot even begin to describe what a terrible loss this is. https://t.co/yqvkoSKtOF

Between Vaughn McClure, Sekou Smith and now Terez Paylor, it hits you how small this circle of Black sports journalists is given this feels like we are losing them way too soon.

If ever a @onepeloton ride was needed, today is that day. Too many wonderful people being taken from us in the last week. Pedro Gomez, Chris Wesseling, Marty Schottenheimer, Terez Paylor … ? #RIP

This has been horrible year for sports journalists, for everyone. The NABJ sports family has lost Roger B. Brown, Marty McNeal, John Smallwood, Vaughn McClure, Sekou Smith and Terez Paylor since May.@nabjprez2011@NABJ @NABJSports

Sports media has lost too many people too early the last year https://t.co/TyVeVsGQ7L

As Lee notes there, there have been just an incredible amount of prominent sports media figures lost in the last year-plus, from Aschoff to McClure to Smith to Wesseling to Gomez to Mel Antonen, Anthony Causi, Maura Mandt and more. Paylor is yet another big loss for the sports world. Our thoughts go out to his family and friends.