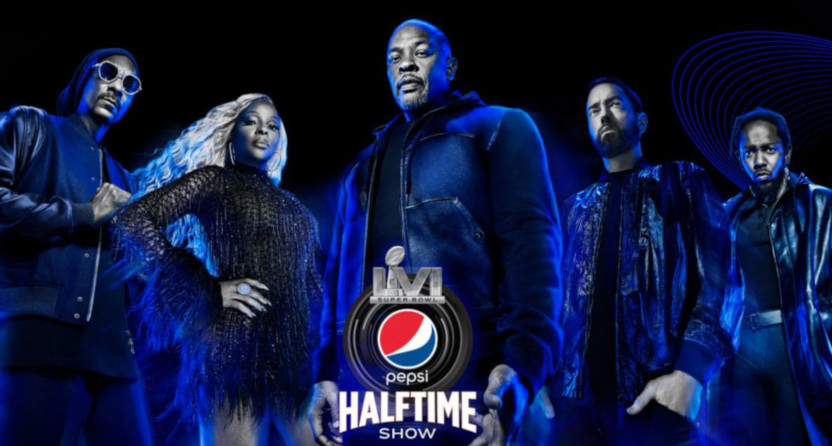 We could see a collision at the intersection of sports, entertainment, and social justice in Los Angeles this week. The timing could not be worse for the NFL. In the middle of Black History Month, with the Blackest Super Bowl Halftime Show we’ve ever seen, the league’s lack of Black head coaches is at the forefront.

As of the end of last week, there was only one active Black head coach, Pittsburgh Steelers’ Mike Tomlin, in a league in which 70 percent of the players are Black. The story isn’t going away anytime soon. The scrutiny will only intensify during the lead-up to Super Bowl Sunday. Especially when you consider the halftime show will feature a majority Black lineup of Dr. Dre, Snoop Dogg, Eminem, Mary J. Blige, and Kendrick Lamar.

The NFL usually makes the entertainers available to the media in the days prior to their performance. This begs the question: what, if anything, will they have to say about the lack of diversity in NFL management positions?

They’re under no obligation to say anything. They are artists, not activists — and the worst kind of activists are reluctant ones. None of them signed up for this. The Super Bowl is a party, a spectacle. The focus is fun. Plus, it’s unfair that they are put in this position to comment on something they have absolutely nothing to do with.

But here we are. The NFL partnered with Jay-Z and Roc Nation to revamp the Super Bowl Halftime Show. There’s a renewed emphasis on entertainers of color. Dr. Dre, Snoop Dogg, Eminem, Mary J. Blige, and Kendrick Lamar all have significant platforms. Reaching millions has value. So, if they have opinions about the NFL, now is the time to share their views.

Snoop Dogg has been critical of the NFL before.

In an interview with The New York Times last summer, he said: “It’s time to change the world. We’ve got to stop treating Black people like they’re less. They’re always the ones who do the hard work, the groundwork, but we never cut them in. Like, why don’t we have an owner in an N.F.L.? That’s just racist. Period, point blank. We need to own an NFL team.”

Blige and Lamar covered the Bruce Springsteen song “American Skin (41 Shots),” during which Lamar added the lyrics, “Colin Kaepernick was more than worthy.”

Lamar has been one of Kaepernick’s staunchest supporters, saying: “Ultimately, you want to be a person that stands for something. Whether the plan works or not, I want to be remembered as that. Same thing with Colin Kaepernick. I’m sure they feel he want to give up. They think he’s gonna give up, but he wants to stand for something. Simple as that.”

When Roc Nation first joined forces with the NFL, there was backlash. Some people accused Jay-Z of profiting off the sacrifices made by Kaepernick, who hasn’t played in the NFL since 2016 when he protested police brutality by taking a knee during the national anthem.

How do we stop racism, systematic oppression, and police brutality?Jay-Z and the NFL: Let’s sell t-shirts and throw concerts. That’ll really shake up the system.

Jay Z can do a lot for his reputation by encouraging his fellow artists to speak out this week. The NFL’s own website has this description for its Inspire Change initiative:

Working with the Players Coalition, an independent 501(c)(3) entity, NFL teams and the league continue to support programs and initiatives that reduce barriers to opportunity.”

This message is in stark contrast to the league’s own history.

The NFL is a business and corporations are often reluctant to do “the right thing” until it costs them money, or they are publicly shamed. Sometimes both. So far, the NFL has refused to properly address its lack of Black coaches. Roger Goodell simply shrugs his shoulders and says the league is doing all it can without doing much of anything substantial. He’ll talk about the failed Rooney Rule or having the words “End Racism” in the end zones. Those are empty gestures without actual progress.

NFL commissioner Roger Goodell sent a memo to all clubs this morning regarding coaching diversity and admitted “the results have been unacceptable.” pic.twitter.com/Hyhwu0mEJY

The Super Bowl Halftime entertainers have powerful voices. Hopefully, they will use them this week.