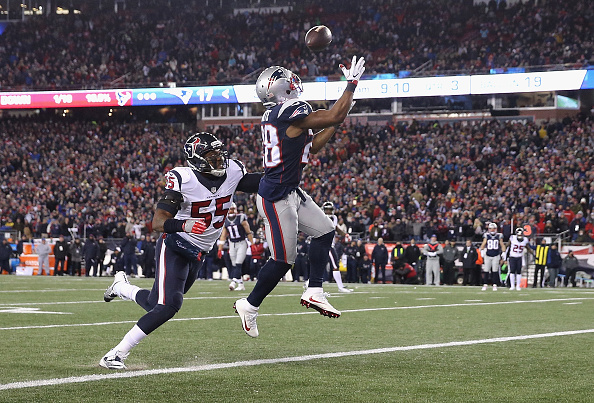 Seven months into the Trump presidency, does the NFL still need to worry that the news might affect the league’s ratings this season? The 2016 presidential election is widely believed to have hurt NFL viewership last year, as people were paying more attention to the race between Donald Trump and Hillary Clinton than pro football.

But even though the election is long past, it’s possible that a constantly churning news cycle and a president that frequently makes news — often dumping those developments late on Friday afternoons when they tend to get less coverage — could still have an effect on NFL ratings.

As SportsBusiness Journal’s John Ourand writes, cable news channels have drawn huge ratings this summer. Call it the “Trump Bump.” MSNBC’s ratings were up 72 percent in June, while CNN’s numbers increased by 21 percent and Fox News saw a 19 percent gain in viewership. Compared to last year, all three of those networks have seen their ratings increase by double-digits.

That doesn’t figure to change, though some will surely welcome the distraction of the NFL and college football on weekends. Viewers who consider news and current events far more important, and want to see what the administration might do next could very well turn people away from the NFL.

Several other factors were attributed to the NFL’s ratings slide last season. For instance, an oversaturation of the product with the league adding Thursday nights to its weekly schedule, in addition to channels like NFL RedZone that allow viewers to keep tabs on every game without tuning into national and regional broadcasts. Between Thursday Night Football and NFL games in London, providing another game window on Sundays, did the NFL just get too greedy?

Some, such as CBS chairman Les Moonves, cited diminished star power with Peyton Manning retired and Tom Brady suspended for the first four games of last season. Others pointed to outrage and dissatisfaction over Colin Kaepernick’s protest of the National Anthem, bringing politics into the sanctuary of sports. Perhaps the simpler answer was the on-field product contributing to viewers finding something else to watch. The overall level of play, poor officiating affecting outcomes and making games longer, and lackluster matchups for national showcases on Monday and Thursday nights were likely factors as well.

However, most of the reasons listed above can change. New NFL stars will eventually emerge. The quality of play and officiating can improve. The additional games on Thursdays and early Sunday mornings won’t likely be going away any time soon. There’s just too much money involved. But more appealing matchups could help those windows.

The one thing that the NFL and its broadcast partners can’t control is the news. Not only could events like the violence in Charlottesville and Hurricane Harvey draw viewers away from NFL game broadcasts, but current events tend to have an even longer life in the news cycle because of how President Trump and the White House respond to such occurrences. The tumult in the administration, with cabinet members and various advisors being fired in a constant overhaul of White House staff, is also a continuing story that news outlets cover on what often seems like an hourly basis. It’s fodder for constant discussion on cable news channels as well.

Maybe the return of football will provide some escape from the news and developments that are frequently upsetting to a large chunk of the population. But has the frequently churning news cycle already affected your sports viewing during the week? If so, will NFL Sundays be any different?