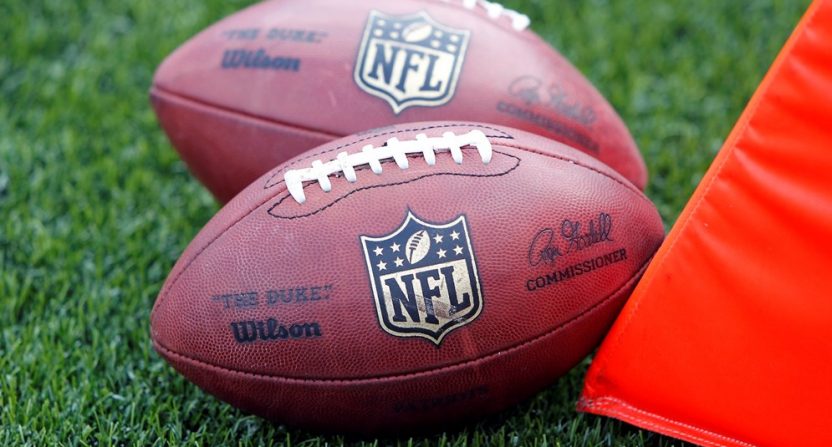 As we head towards autumn, the new NFL season will soon be upon us. Already, fans of the sport are eagerly scouring the NFL betting odds to try and predict which team will come out on top in the 2022 Super Bowl. While that epic showpiece feels like an age away at the moment, it’ll come round sooner than you think, so it’s worth looking over the prospects of some of the NFL’s top contenders this year.

Plenty of focus will be on the Tampa Bay Buccaneers, who are looking to defend their crown from last year after defeating the Kansas City Chiefs in the Super Bowl. Read on, as we look at five teams being touted as the likely winners of the 2022 event.

Despite losing last season’s Super Bowl, the Kansas City Chiefs are being tipped as the favourites to win it this time around and regain their champion status. If quarterback Patrick Mahomes can continue his stellar form, then there’s no reason why the Chiefs shouldn’t do well come the new season, given the quality within their roster.

The defeat to the Buccaneers in February will have hurt their head coach Andy Reid, and it would be no surprise to see them breeze all the way to the title if they get the bit between their teeth.

When Tom Brady moved to the Tampa Bay Buccaneers, many saw it as something of a retirement spot for the veteran quarterback, but the former New England Patriots man had other ideas. Since signing his $50 million contract, Brady has been instrumental in raising the standard at the Bucs, and before long they had forged their way through the postseason to set up a Super Bowl clash with the Chiefs.

Given Brady’s experience in the NFL showpiece, it was no surprise that he led them to victory and claimed the MVP award, and now he and his teammates will be hungry to repeat the success. Many may view their success as a one-off, but rule them out of the NFL betting tips at your peril.

It feels as though this current San Francisco 49ers side are due a Super Bowl triumph. Having lost out to the Kansas City Chiefs in the 2020 Super Bowl, it’s now been 26 years since the 49ers triumphed in the NFL, a spell of time that has included two Super Bowl defeats. The current roster boasts plenty of talent, but they underachieved last year in failing to make it to the postseason. The pressure is on to put things right in 2021-22.

Having reached the AFC Championship game last season, the Buffalo Bills came so close to earning the opportunity to put right those four consecutive Super Bowl defeats in the 1990s. Their current roster is about as strong a team as they’ve had in the intervening years, and they’ll be hugely motivated to go one step further this time around and make it all the way to the Super Bowl. Among the NFL teams never to have won a Super Bowl, the Bills look the most likely to break their duck in 2022.