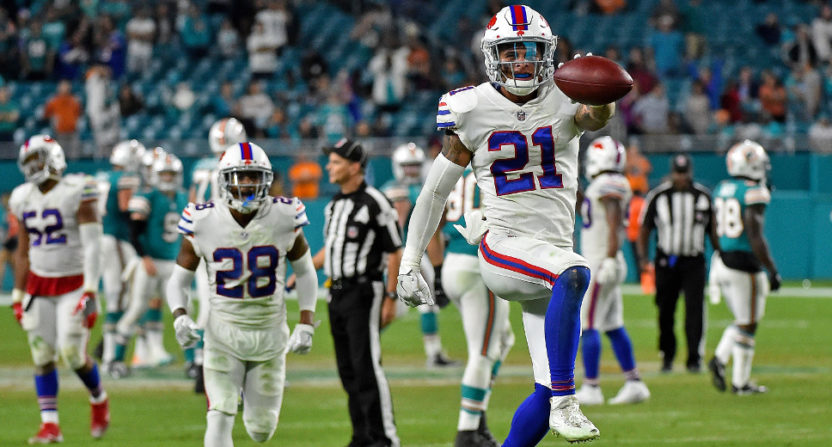 The NFL’s playoff matchups are set following Sunday’s games, with some last-second changes thanks to odd finishes. And we now know the network assignments and times for each playoff matchup. Here’s a breakdown of that, plus some thoughts on what each game may bring.

Saturday, January 6: #5 Tennessee Titans at #4 Kansas City Chiefs, 4:35 p.m. Eastern, ESPN: The 10-6 Chiefs will host the 9-7 Titans thanks to the Titans beating the Jacksonville Jaguars 15-10 Sunday and the Chiefs edging the Denver Broncos 27-24. Big questions in this one include how Alex Smith will do for the Chiefs (he was active Sunday, but didn’t play, with Patrick Mahomes filling in), how Marcus Mariota will do for the Titans (he only threw for 134 yards and a touchdown Sunday), and who will be calling this one for ESPN thanks to the rumors that color analyst Jon Gruden may be leaving to take the Oakland Raiders’ job.

#6 Atlanta Falcons at #3 Los Angeles Rams, 8:15 p.m. Eastern, NBC: After a 4-12 2016 season, the Rams have had a remarkable turnaround under new head coach Sean McVay, finishing this season 11-5 and claiming the NFC West title and the third playoff seed. They’re not heading into the playoffs on a great note thanks to a 34-13 loss to the San Francisco 49ers Sunday, but they didn’t have much to play for there, with the #1 and #2 seeds already beyond their grasp, and they rested several key players. Meanwhile, Atlanta squeaked into the playoffs thanks to beating the Carolina Panthers 22-10 Sunday, and they’ll now have a chance for a playoff run to avenge last year’s Super Bowl loss. And NBC’s Sunday Night Football crew will have to get up for this one after a week off.

Sunday, January 7: #6 Buffalo Bills at #3 Jacksonville Jaguars, 1 p.m. Eastern, CBS: The Bills snuck in here thanks to an odd series of events, including an almost-blown lead, a late pick from Jordan Poyer (seen above), and a Bengals’ comeback against the Ravens, and now they’ll face one of this year’s more surprising teams. The Jaguars have improved dramatically from last year’s 3-13 campaign, going 10-6 under new head coach Doug Marrone, who’s now facing his old team in Buffalo (in the playoffs for the first time since 1999). And we’ll get to hear Tony Romo predict plays for both sides. That calls for some celebratory GIFs:

The Jacksonville Jaguars as they find out their playoff opponent. pic.twitter.com/jpk8NpRWh1

#5 Carolina Panthers at #4 New Orleans Saints, 4:40 p.m. Eastern, Fox: This is an interesting matchup, and one set up thanks to that Falcons’ win over the Panthers’ Sunday. That loss was a bit against the trend, as the Panthers had won their last three games, with their previous loss coming Dec. 3…against the Saints, on the road. We’ll see if they can do better this time around, and we’ll see how Joe Buck and Troy Aikman call this one.

Which game and broadcast pairing are you most looking forward to? Let us know in the comments.