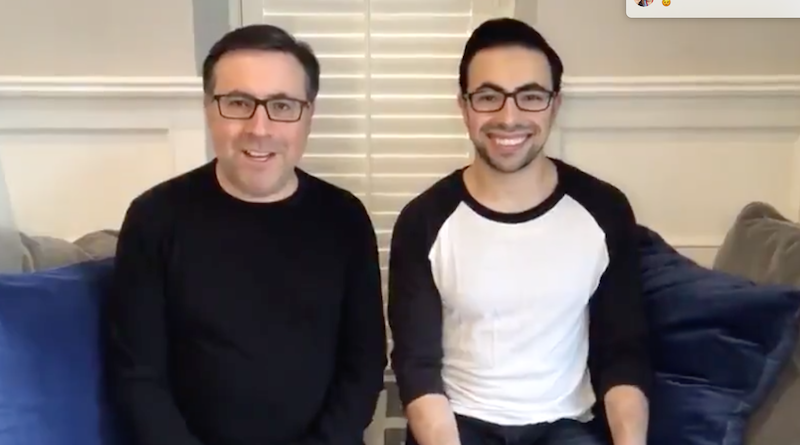 Maya Hawke seems to have the proper perspective on nepotism.

The Stranger Things actor was born into privilege as the daughter of Ethan Hawke and Uma Thurman. When asked about the need to prove herself, the 24-year-old told Rolling Stone magazine “I feel like the only way to handle the nepotism thing — which definitely gives you massive advantages in this life — is, you will get chances for free, but the chances will not be infinite; so you have to keep working and do a good job. If you do a bad job, the chances will stop.”

If you’re the child of a celebrity, you’re going to get opportunities that others may not. Call it unfair. That’s just the way the world works. This, of course, benefits Noah Eagle.

The 25-year-old Eagle called his first NFL game on Fox this past weekend, doing play-by-play for the San Francisco 49ers vs. Atlanta Falcons game. Noah is the son of famed announcer Ian Eagle. Certainly a proud moment for the Eagle family. And Noah has already built up an impressive résumé for someone so young, calling everything from NCAA football and basketball for CBS and Fox to the Los Angeles Clippers (he’s been their radio announcer since 2019) to Nickelodeon alternate broadcasts of NFL games and more.

This also raises questions about nepotism and favoritism. It’s both legitimate to ask and probably unfair to Eagle, who by most accounts is a rising star in the business. He’s a young man taking advantage of opportunities— something we would all do in our chosen profession. Kudos to him for making the most of them. He’s hardly the first broadcaster with a famous last name. Guys like Joe Buck, Chip Caray, Thom Brennaman, etc. all have surnames that helped them get a foot in the door.

Still, when Adam Schefter tweeted about Ian Eagle and Noah Eagle (seen above together in a CBS Sports segment from 2020) both working NFL games on Sunday, it was not warmly received by some in the media.

Yay nepotism. Collinsworth’s kid is next in line. https://t.co/dEkGG8EYPg

I see so many men complaining about women in media being "diversity" hires, but they never complain about the blatant nepotism. https://t.co/PoZTbFtod9

Sports broadcasting jobs are extremely hard to get for two reasons. First, there are a small number of them available. Second, the people who have those jobs tend to stay in them for a very long time. If you want to break in, you’d better know the right people or stand out in a way that’s different from the competition.

That’s often tough to accept for many qualified candidates. You can prepare, work long hours, and have a great audition. It may not be enough. It’s a difficult fact of life regardless of vocation. There is no shortage of people who feel overlooked, undervalued, or flat-out ignored. Many constantly wonder why they haven’t gotten their chance. Was it because they weren’t born with the right last name? This is how jealousy and animosity breed.

Their suspicions are understandable. Nepotism is how specific types of people stay in power and keep getting particular jobs. You see it in several industries, whether it’s acting, coaching, or broadcasting. It’s fair to question the system. But it’s also unfair that Noah Eagle has to answer these questions. It must be perpetually annoying to have others judge you in that way. Especially if you simply want to follow in your father’s footsteps.

Charges of nepotism also ignore the special advantages of growing up in a family business. Imagine you’re the child of bakers and aspire to have your own shop. You might understand things about the baking biz that come as second nature because you’ve been exposed to it your entire life.

Because of that knowledge, and because you come from a family of bakers, you might get a business loan from a bank faster than the next guy. Is that fair? Maybe not but it happens all the time. And that bakery probably will be successful.

Of course, people are more apt to complain about nepotism when it involves high-profile jobs. Noah Eagle didn’t merely get this opportunity because of his last name. He got it because he’s gifted. And as Maya Hawke pointed out, he’ll have to keep doing well, or else the chances will stop.

TV networks should be the ones who have to face tough questions about hiring practices. Not Noah Eagle.