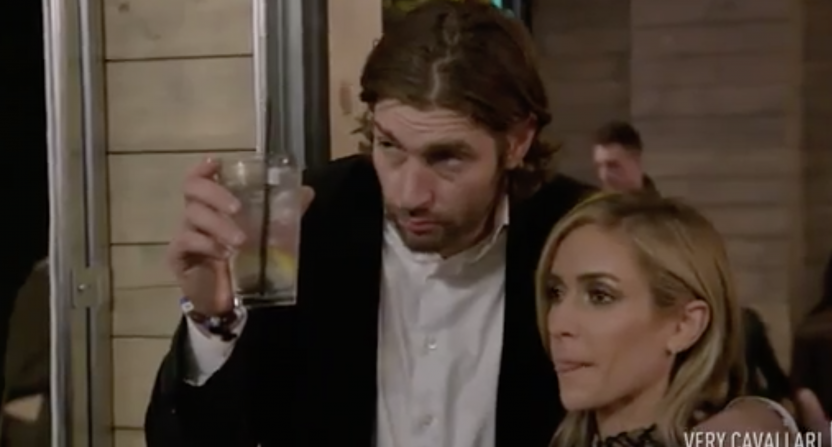 Our coverage of Very Cavallari continues this week with Episode 5, Pass the Popcorn. New episodes air on Sundays at 10pm EST on E!

On this new episode of Very Cavallari, Kristin addresses the toxic culture at Uncommon James, Brittainy talks butt sex and BJs, and Chuy sets up Kelly with a model… and Jay is not a fan.

Incompetence and Toxicity at Uncommon James

At every level of the organization, Uncommon James leaves a lot to be desired on the all-too-trendy culture front. Show of hands, who anticipated that a business run by a reality TV star and staffed by a bunch of shit-talking 20-somethings would cultivate an environment of fear, backstabbing, and general chaos? Oh, all of you saw that coming? Carry on.

Are y’all tired of harping on the UJ shipping issue yet, because we’re about to belabor this point yet again. After three episodes dedicated to the subject, we’re all well aware that Matt is worse at shipping than the RMS Titanic. But after being given an exceedingly long leash, it’s the end of the road for Matt when Brittainy tells him that they’ve decided to hire a new Head of Shipping. He asks Brittainy if he is out of a job, and she pauses for an uncomfortable amount of time like she’s Ryan Seacrest about to announce who’s been cut from American Idol.

Has Matt been given the axe? We’ll find out after the break.

And, no, Matt hasn’t been fired, but he has been moved to customer service, which honestly feels like serving 20-to-life at this store. Just imagine the elitist bullshit he has to deal with in that position: “I was promised these salad tongs were made with GEN-U-WINE elephant tusks, what’s with this ‘humanely-made’ garbage I see on the tag? PAPA PROMISED ME TUSKS GOD DAMMIT.”

Let’s move on to the toxicity part of the evening. As if she hasn’t been basking in it for the majority of her adolescence and twenties, Kristin is fed up with the mean girls culture at UJ and lays down the law: 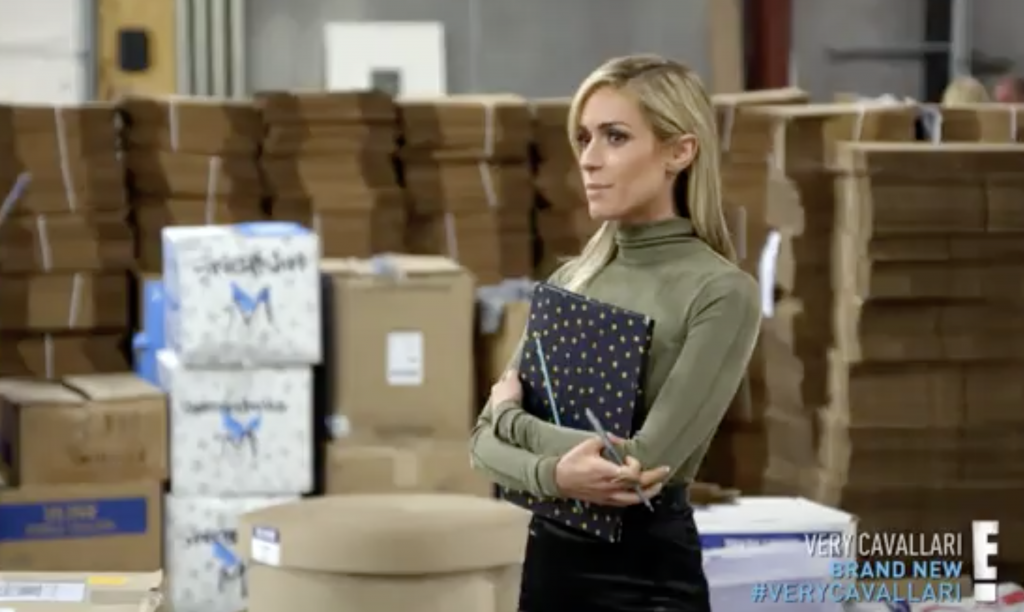 “I just want to talk about the culture here at Uncommon James. I don’t know where we took a left turn, but all of a sudden instead of being this company that builds women up, I feel like I’m back in high school. And it’s turned into being incredibly dramatic and gossipy. I can’t have people at a company cocktail party feeling like there’s a bunch of mean girls. Moving forward, we’re gonna have a no-tolerance policy. If you’re at work, if you’re in the bathroom, if you’re in here, if you’re at the store gossiping, being mean to people, creating drama, you’re getting written up. I know that there’s been a lot of turnover, there’s probably gonna be some more.”

Despite being pretty specific in describing the events that precipitated her speech (Colby being a colossal ass to Kaylee), the reactions from her staff are astounding:

Matt is relishing the fact that he’s not the one in trouble for once. The gleam in his eye tells me he was the kid in elementary school who laughed maniacally when another kid got smacked in the face with a wiffle bat.

Reagan unironically ponders whether this situation is about Colby’s treatment of Kaylee. She’s a regular genius, this one.

But the award for Least Self-Aware Person goes to Colby whom, despite Kristin describing Colby’s exact behavior at the cocktail party, still wonders aloud, “Do you think that was about me?”

Jesus god, these people. If there was a national organization for obtuse individuals, this would be the annual conference.

Immediately after her damning speech on professionalism, Kristin goes out for drinks with her best friend Kelly and her direct-report Brittainy, and a rousing discussion of butt stuff and BJs ensues. I’m so glad the culture has shifted and we’ve settled into a decidedly more professional place.

At the risk of disappointing my mother (again), I will now recount this conversation in Clippits only because I’d like to remain employed:

The sound you hear right now is your own brain trying to scratch its way out of your skull.

Chuy’s company The Block Agency is having a huge party, and all of our favorites are invited. There’s an ice luge for shots and my god the outfits are amazing. Chuy looks like he’s in Elton John cosplay, Reagan is wearing a cheetah suit and black bra, and Wirth looks like Elizabeth Holmes with a man bun. The main story, however, is that Chuy is desperately trying to play matchmaker with Kelly and one of his models, Jared.  Jared is an actor, model, and Crossfit instructor, also known as the Holy Trinity of Fucking Awful.

Jay is having none of this and Jared strikes out looking on three pitches.

Acts like he’s never met someone with a first name starting with ‘J’: Strike 1

He had miles and let a coin decide whether or not to meet Kelly: Strike 2

Despite Jay telling Jared not to tell Kelly he flipped a coin on the decision to meet her, he does just that.

“This is basically going to go down in flames,” Jay shrewdly points out. And it does.

Stock Up: Kristin and Jay as a Couple

I’ve never quite understood how their relationship works, but seeing Jay’s sincere support as Kristin deals with lingering grief associated with her brother’s death has me feeling all warm and fuzzy.

Girlfriend. I’m not going to go into this again. See above.

Dipshit of the Week: Reagan

Kristin will allow Reagan to work in the LA store, on one condition: