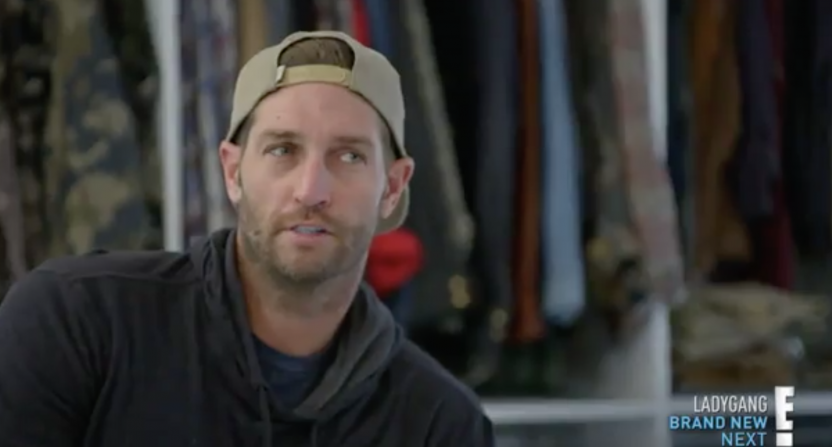 Our coverage of Very Cavallari continues this week with Episode 6, The One Where Jay Goes Cray. New episodes air on Sundays at 10pm EST on E!

On this week’s episode of Very Cavallari, Kristin’s friends visit Nashville and Jay parties a little too hard, Chuy and Biegs discuss having kids (yes, with each other), and Jon and Brittainy have conflicting thoughts on marriage.

Kristin is stoked to welcome three of her best friends to Nashville, and they are planning an epic slumber party at the old Cutler house, presumably to avoid the menagerie of kids at their current abode.

The excitement is palpable.

So who came to visit? Let’s run it back:

As I already alluded to, Kelly joins the group for this evening of debauchery, although she arrives late which prompts Kristin to say, “She’s the last one to arrive even though she’s the only one who lives in Nashville.” Well, yeah, the other people are staying at your house and so the commute to your living room is shorter, you muppet.

With no kids around and lots of catching up to do, they get after it doing the kind of things that old friends do: talking about the good times, teasing each other, and testing the limits of their single friend’s sanity by asking her about dating. Plus drinking. Lots of drinking.

I did have a moment of feeling pretty cool when I discovered that Kristin and I own the same tiny Moscow Mule shot glasses. But then I realized mine are from Marshall’s and were like $8 for a pack of four, while Kristin’s are from Uncommon James and are $26 for two. 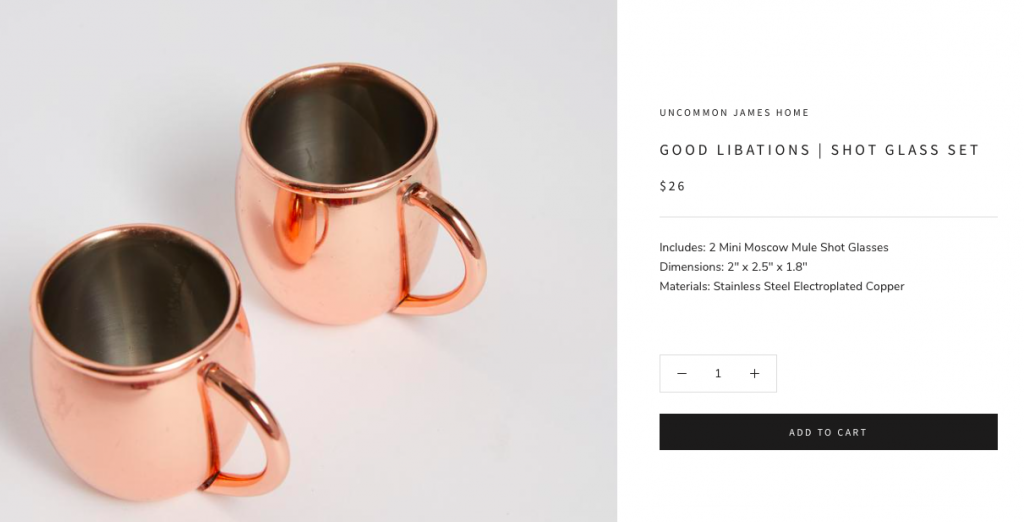 At this price point, I assume these magically refill with tequila when empty?

Upon waking up the next morning, these five adults realized that their ability to metabolize alcohol isn’t what it once was. Joined by Jay and my dude Chuy, they decide on some lower-key activities for the day, like bowling, and… oh crap… binge drinking from sunup to sundown.

Based on my previous comment, you might guess that this situation is problematic for Pip, who may not have a full-sized adult liver. In actuality, it’s Jay who overdoes it by drinking all day and forgetting to eat. If I had a dollar for every time I’ve had to learn that lesson, I’d have enough to buy each of you a $26 shot glass set from Uncommon James.

What follows is a series of awkward moments in which Jay is acting like a colossal jackass: picking fights with Kristin, wandering off into other rooms, complaining that no one will bring him a drink, etc.

Jay’s sloppy drunk self makes the evening incredibly uncomfortable for everyone. Justin only increases the tension by drawing further attention to their marital discord by continuing to implore “mom and dad” to stop fighting.

When asked the next day about Jay’s behavior, Kristin digs deep to offer an explanation: that the role reversal in their current employment situation (Kristin working and Jay at home wrangling children) is difficult for him. And while that might be true, if someone had stuffed a slice of pizza in his mouth after the first pitcher of beer, that too could’ve altered the trajectory of his evening. Always pair pizza with day drinking. Wrecking Ball thanks you for coming to her TED Talk.

Jon Stone has thoughts on marriage

During a trip to the dog park, Brittainy shares that she has no desire to get married. Jon Stone takes umbrage and responds with, “If I ask you to marry me, you better fucking say yes.” Geez, I wonder why she doesn’t want to marry him. He’s so dreamy.

After bickering for a while, he says, “By the way, I brought you here for a reason,” and reaches into his pocket as if to search for a ring:

Before we move on, can we address what Jon is wearing in this scene? It’s Nashville in December, so it’s not warm by any stretch of the imagination, but Brittainy is wearing a reasonable winter jacket and Jon looks like he’s preparing to be abandoned outside in Alaska for 2-4 days. 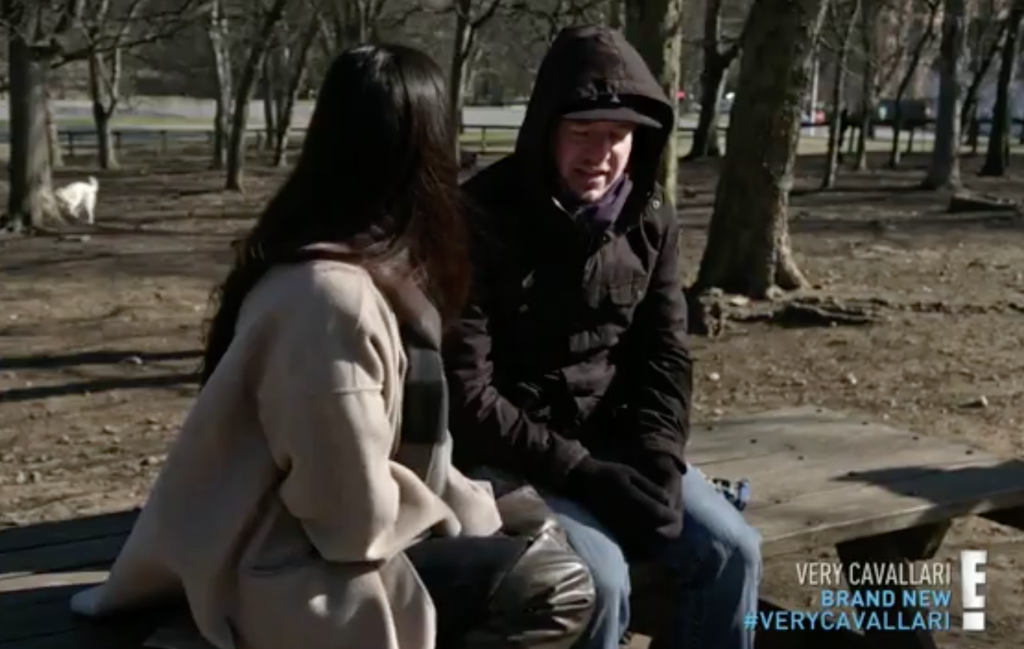 We were privy to Chuy’s questionable understanding of reproduction-related topics back in season 1 when he excitedly clarified to a group of people that vasectomies and castration are different. This week, he demonstrated a dubious grasp of surrogacy when he approached Biegs about having kids with him. But then they immediately begin laying out ground rules for having sex: no kissing, no looking at each other, etc. And, like, that’s not how surrogacy works.

Just a casual conversation about having sex with your gay friend.

I have so many questions. Were they serious? Would they raise this child together? All I can say is, I hope this happens and there better be a Chuy-Biegs spinoff.

Stop me if you’ve heard this one before: Colby is an aspiring country music artist living in Nashville. She was offered a gig at the Listening Room, which I’m sure has nothing to do with her presence on a popular reality TV show. At her show, she performs a song she wrote for her boyfriend Cole, whom she met on episode 3 of this season. YOU ONLY MET HIM THREE EPISODES AGO. PACE YOURSELF GIRL.

Dipshit of the Week: Matt

He may have moved from shipping to customer service, but Matt can’t seem to stay on Brittainy’s good side. He earns dipshit of the week with this reverse sexism claim. Miss me with this shit.

Curious if Jay would be the big spoon or the little spoon? A potential love triangle between Kristin, Jay, and Justin would be great TV.

We are totally feeling this love triangle on #VeryCavallari 😂👏 Find out more on TONIGHT’s episode at 10/9c on E! 💕 pic.twitter.com/KHwokxEMsg