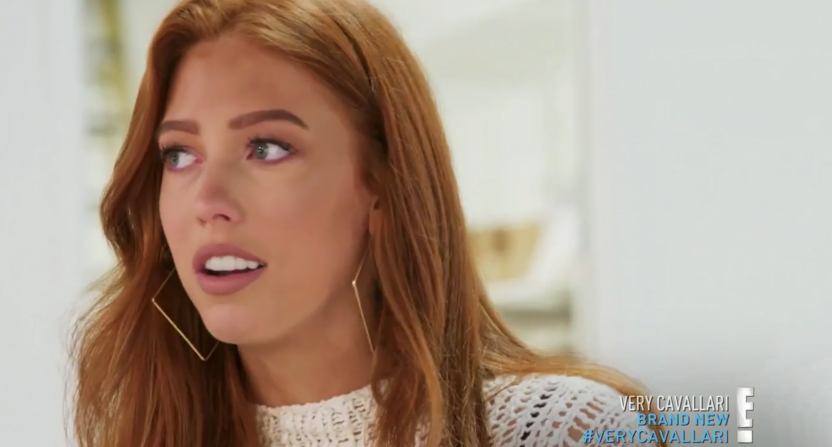 E!’s new “reality show” Very Cavallari has created quite a stir on social media.  With this in mind, we’ve tasked Jill Whisnant with doing a weekly recap for those who’d like a heavy dose of snark with their junk reality show.

Getting you up to speed (episodes 1-3)

Three delightful weeks ago, the reality TV universe was #blessed with the premiere of Very Cavallari. The show stars Kristin Cavallari of Laguna Beach/The Hills and her husband, recently retired NFL quarterback, Jay Cutler. For fans of either of Kristin’s previous shows (or simply people who like to hate-watch this type of thing), Very Cavallari is like a delicious buttery croissant with a side of vocal fry: completely devoid of nutrients, but oh-so-satisfying to consume.

The premise is that the Cavallari-Cutlers are living in Nashville, raising their three children, and enjoying country life. Kristin is preparing to open a flagship store for Uncommon James, her jewelry and home goods brand. Jay is making the most of his retirement by watching deer cams, trawling Trulia listings, and barely tolerating the gaggle of dramatic women who are employed by his wife. As always, he looks like he’s just returned from a six day bender in Thailand. 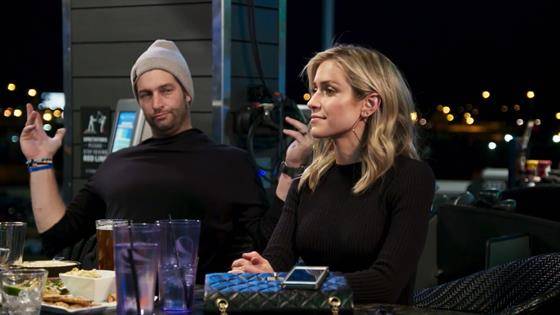 Most of the other major characters work for Kristin. There’s Brittainy (WTF is that spelling?) the store manager and Kristin’s right-hand woman. She is the most level-headed of the Uncommon James crew, which is kind of like being the most attractive person at Wal-Mart. Reagan, the office assistant, is young and sweet and seriously needs to stop introducing herself as “The blonde with the big tits” as she does in the premiere. Shannon, the show’s villain, runs social media for Kristin’s business. She is mostly good at her job, but her fiery and emotional way of engaging with the world rubs everyone the wrong way. She drinks like a fish and fights like a lion. Taylor is Shannon’s best friend and has done some modeling for Uncommon James and is now pursuing a job in the store. Also on the show is Kelly, Kristin’s best friend. She has recently gotten out of a relationship and has romantic feels for a man known only as “The Canadian,” whom she met recently. Kristin is both coaching Kelly and living vicariously through her, given that she’s been involved with the least exciting human on earth for the better part of a decade.

The fourth episode opens with Jay announcing to Kristin that their offer was accepted on the house that has room for goats and chickens, which he does by showing her a picture of a John Deere tractor. Because if anyone has shown a proclivity for farming, it’s definitely these people. Still, Jay is retired, and as Kristin has pointed out at least 75 times on the show, he needs to find something to do with his time because he’s driving her nuts. Plus, as Jay puts it: raising animals has got to be easier than raising kids. Fair point there.

We then jump to the Uncommon James home goods photoshoot, where Kristin approaches Shannon about her recent conflict with Reagan, because people can’t pick their timing for shit on this show. Every conflict seems to take place in some alarmingly public setting: at a party, in a bar, during a photoshoot at work, etc. Shannon gets defensive and upset, per usual. 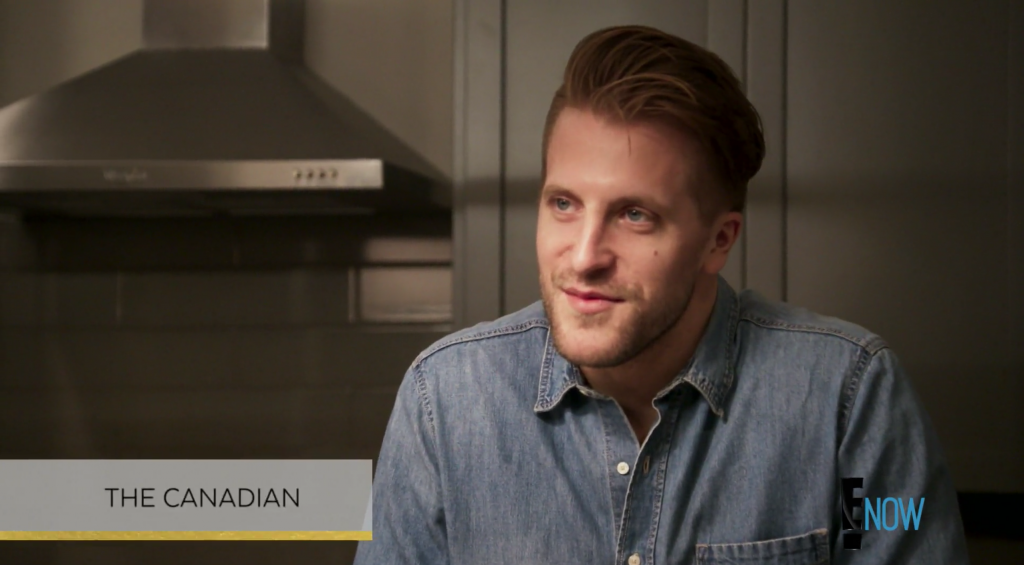 In this episode, Kelly’s bae “The Canadian” finally makes an appearance. He shows up for their date wearing dark jeans and a light denim shirt with leather elbow patches, which I guess is the modern day Canadian Tuxedo. Way to endorse the stereotype, my man. They have dinner at a restaurant and despite a couple of weird moments (him joking about her slipping him Viagra and then offering to retrieve something she dropped down her shirt), the date goes well enough that Kelly spends the night with him. No funny business though, as Kelly relays to Kristin the next morning, so the jury is still out on the circumcision sitch.

The remainder of the episode centers on Kristin and Brittainy interviewing candidates for available sales positions at Uncommon James. The most awkward interview is with Taylor, whom Brittainy and Shannon previously offered the job to without Kristin’s knowledge or consent. Kristin understandably has hesitations about hiring Shannon’s best friend, and she also questions Taylor’s motives and ultimately passes on her. While all of this gets blamed on Shannon, Taylor didn’t do herself any favors when she said she wants to work at Uncommon James because it’s a rad party and, at 24-years old, she no longer wants to be dependent on her dad. Not all heroes wear capes, you guys. Shannon confronts Kristin later on in a typical “Were you talking shit about me?” kind of meeting, which later prompts Kristin to call an all-hands meeting so everyone can speak their peace and finally move past the various conflicts. I’m sure everything will be drama free going forward…

The unsung hero of the episode is Reagan’s mom, who needs to be a series regular. This lady is spunky and hilarious, and is exactly the type of person you would imagine being responsible for creating someone like Reagan. She was also responsible for my favorite quote from the episode: “It’s 12:30. I need a drink.” Amen, sister.

Jay Cutler is the breakout star of "Very Cavallari," even though the number of seconds he appeared in scenes totaled 318: https://t.co/VQQavmcyVx pic.twitter.com/NDEQrRqGB4

I am convinced that Jay Cutler was born to be a reality TV star and I’m glad he finally found his calling after wasting all of those years toiling in the NFL. And we need more screen time. A paltry 318 seconds is simply unacceptable.

It’s hard to imagine anyone being worse than Shannon each week, but we’ll see. I simply cannot deal with people who burst into tears when faced with the slightest bit of negative feedback. That said, without her, this show would be boring AF.

What in the hell is Jay doing here? His wife is conducting an interview and he’s creeping in the background like some bleary-eyed Michael Myers.

Well, of course! Not a full-on boo-hoo fest, but red eyes and strained speech were definitely happening:

After the mad drama last week, I thought this episode was a bit of a letdown. Shannon’s meltdowns sustain me. More of that, please.

"Journalism is supposed to start that conversation, not be so infected by the needs of social media to have it contaminated."

"Journalism is supposed to start that conversation, not be so infected by the needs of social media to have it contaminated."