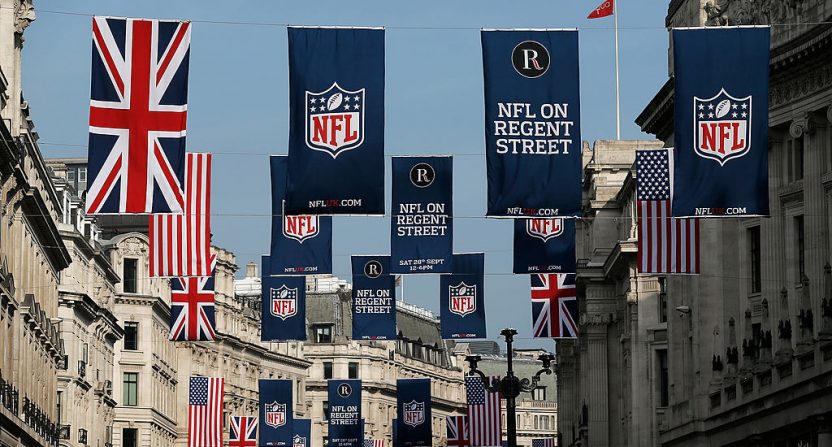 This week, we told you about the NFL looking to sell more games to stream online. Well, that has become reality as Verizon will join Amazon as an official NFL streaming partner in 2017. The Wall Street Journal’s Joe Flint reports that Verizon has purchased the rights to exclusively stream the Baltimore Ravens-Jacksonville Jaguars game live on September 24 for a reported price tag of $21 million.

The TNF-Amazon deal will stream CBS and NBC’s games to members of Amazon Prime. Verizon’s game will be available to all. Flint writes that the games will be distributed on Verizon’s AOL platform, its go90 streaming service and Complex site.

Verizon will have global rights to stream the game live, however, it  also will be aired on TV locally in Baltimore and Jacksonville as well as in the U.K. via Sky Sports.

This marks the second time that Jacksonville will be part of a streaming-only game. In 2015, the Jaguars-Buffalo Bills game was streamed globally on Yahoo and that game had an average audience of 2.36 million viewers.

The fact that the NFL was able to get Verizon to pay $21 million for one is quite impressive. And that the game will be played at 9:30 a.m. ET and be in its own exclusive window will allow for Verizon to promote it exclusivity and to get people familiar with its go90 platform.

Verizon’s go90 service has exclusive content including comedy and dramatic series, live programming from beIN Sports, the NWSL and others. It’s free to all and is available on mobiles, tablets and computers. And certainly having a NFL game will give Verizon an opportunity to not only sell advertising, but promote AOL, go90, Complex and its wireless services.

Verizon has been a partner with the NFL dating back to 2010 as it has had rights to stream live games from the television networks (CBS, ESPN, Fox, NBC, NFL Network) on mobiles through last season and is hoping to continue that deal. But in the meantime, Verizon will have its a game to call its own in Week 3 of the NFL season.