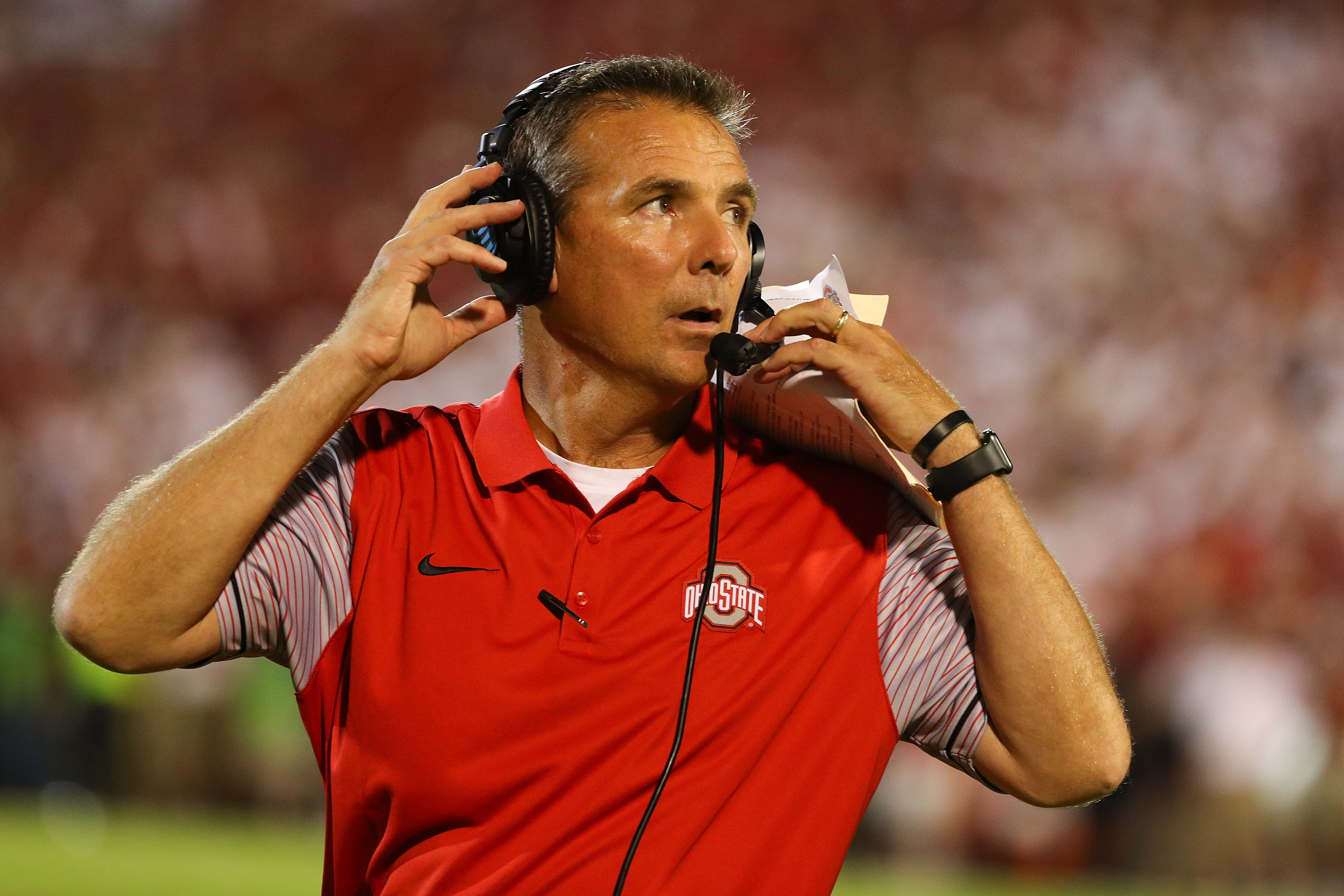 As soon as he retired from the Ohio State job, people figured it wasn’t a question of “if” but “when” Urban Meyer would return to coaching. After a dalliance with the Texas Longhorns a few weeks back, reports are swirling that the Fox Sports commentator is in “exploratory discussions” with multiple NFL franchises about making the move to the pros.

According to Adam Schefter, at least two NFL teams have spoken with Meyer in order to find out if he would be interested in interviewing for a head coaching role. Schefter says that, per his sources, Meyer is open to the overtures and currently considering if it’s a decision he would like to make. He reportedly plans to make a decision in the coming week and teams are expected to hear from him shortly as well.

Per Kyle Rowland from the Toledo Blade, one of those NFL teams is the Jacksonville Jaguars.

Rowland notes that the Jaguars would make a lot of sense for Meyer, who made his mark at the University of Florida for seven years. One of the reasons Meyer might want to wait to see how the weekend plays out is because the Jaguars could very well end up with the No. 1 pick in the NFL Draft, which would give them the inside track to draft Clemson’s Trevor Lawrence. The Jaguars are currently tied with the New York Jets at 1-13 but they hold the tiebreaker for the top pick if they close the season with the same record.

The Jaguars are likely to fire Doug Marrone, who is 23-41 in five seasons and now multiple seasons removed from the team’s trip to the AFC Championship game.

CBS Sports’ Jason La Canfora is reporting that Meyer “could receive serious consideration” from the Detroit Lions as well, perhaps linking them as the second franchise interested.

In some ways, a move to the NFL could make more sense than a return to college football for Meyer. There is no recruiting to worry about, he’s working with professionals instead of teenagers and students, and he’ll get more slack if he gets off to a rough start than he might by jumping into a college football role where he’d be expected to make a champion almost immediately.

Meyer could also choose to remain in his role at Fox Sports, where he’s been a college football studio analyst since 2019 after retiring from Ohio State. Not only has become a mainstay of the network’s Big Noon Kickoff show, but he’s showcased his coaching acumen on several occasions in a way that has made him an extremely valuable asset beyond his name.

Losing Meyer would be a big blow for Fox Sports, as they continue to compete head-to-head with ESPN’s College GameDay and have made some serious inroads thanks in part to the insight Meyer provides. He’d also be giving up a role as an analyst for the Big Ten Network as well, further downgrading Fox’s portfolio.

Meyer has said on multiple occasions that he didn’t think he would coach again, but that’s always been taking with a grain of salt from football fans, especially after Meyer retired from Florida before eventually taking the Ohio State job. But so long as he is still seemingly capable, and at 56-year-old he certainly is, Meyer is likely to be in the same boat as Bill Cowher, a well-respected, championship-caliber coach who football teams will always want to kick the tires on just in case they’ve got one last run in them.