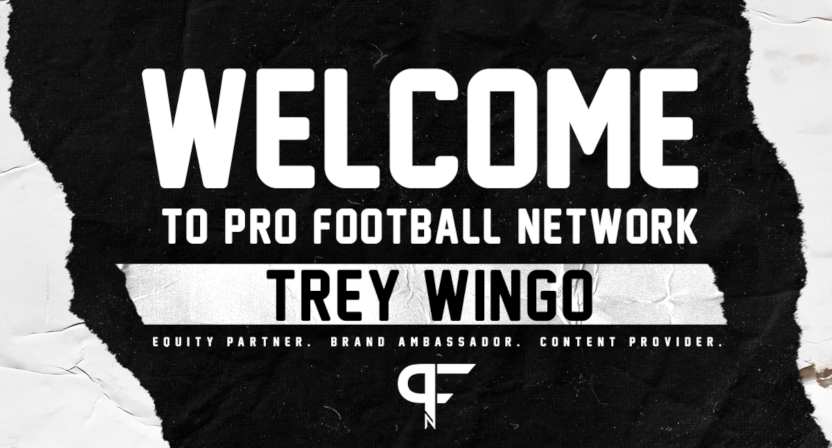 Following ESPN’s decision not to renew his contract last fall, Trey Wingo has found some interesting new opportunities, including a “Half-Forgotten History” NFL podcast and calling golf for PGA Tour Live. His latest new deal is signing on with Pro Football Network as an equity partner, brand ambassador and content provider. Here’s more from their release on his addition:

“I’m excited about the new venture going forward,” said Wingo. “I’ve been extremely impressed with what Pro Football Network has started and I’m looking forward to helping them achieve new heights in any way I can.”

Wingo will host the PFN Draft Insiders Show with PFN Chief Draft Analyst Tony Pauline from February through the NFL Draft and will host his own show during the NFL regular season. Wingo will also contribute in other ways throughout the year around the Super Bowl, NFL Combine, NFL Draft, and more.

“When we launched Pro Football Network in 2019, our mission was to be a company that provided unmatched analysis for both the die-hard and casual football fan,” said Matthew Cannata, Founder and CEO. “Trey’s partnership with PFN not only solidifies that mission but advances it even further. We are looking forward to the next step in our evolution as a company with Trey by our side.”

It’s particularly interesting to see Wingo diving back into draft work with the Draft Insiders show on YouTube (he’ll make his video debut there on March 17 at 9 p.m. ET), and with other contributions coming around the draft. Wingo was a long-time host of ESPN draft coverage, but after parting ways with him, they opted to tab Mike Greenberg for that role this year. As AA’s Joe Lucia wrote in February, ESPN going with Greenberg is a huge boost for competitor NFL Network; Greenberg does not regularly host a NFL-specific show, and is most known for his ridiculous takes on ESPN’s Get Up (or, as we call it around here, Mike Greenberg’s Morning Hot Take Parade). The dramatic downgrade in ESPN’s NFL draft lineup without Wingo certainly means there’s opportunity for other media outlets to step in, and it’s nice to see Wingo himself now have an opportunity to contribute to some prominent pre-draft coverage, and perhaps even something during the draft itself.

Beyond that, it seems to make a lot of sense for Wingo to sign on with Pro Football Network. While Wingo covered countless sports at ESPN, including serving as a studio host for their coverage of golf events like the U.S. Open and The Open Championship, hosting SportsCenter, and co-hosting morning show Golic and Wingo the last few years, he’s especially known for his expertise on the NFL with his work on NFL Live, the draft, and more. Adding Wingo as not just an on-air talent, but also an equity partner, feels like a significant boost for PFN. It also gives Wingo an already-established platform to talk about the NFL, and about the draft in particular. We’ll see how this works out for both sides.