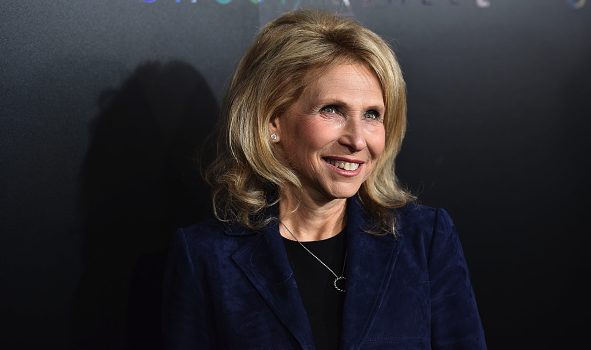 Too much football? Such a thing might not seem possible to diehard NFL fans. But watching pro football is no longer a diversion for an entire Sunday with Monday nights mixed in and following news through the rest of the week.

The NFL is on Thursdays. It’s on Saturdays (after college football season ends). And with games played in London, early Sunday mornings are also filled with NFL action. It’s become pervasive. And if the NFL is on all the time, does a game stand out as a special event?

Shari Redstone, controlling shareholder of CBS and Viacom, believes too much NFL is on TV right now. And that makes it easier to pass over unless your favorite team (Redstone is a New England Patriots fan) is playing. Appearing at Recode’s annual Code Conference earlier this week, Redstone said too much product on so many different channels confuses football fans.

“It got very confusing for the consumer with the NFL last year,” Redstone said Wednesday at Recode’s annual Code Conference. “I think they were on too many networks, they started to commoditize the experience and not really keep it as something that was really special on Sundays, on Thursdays. You didn’t know what network it was found on.”

There is a fine line between giving the people what they want and oversaturating the market, a balance entertainment providers with which entertainment providers frequently struggle. A network show like American Idol or Who Wants to Be a Millionaire becomes a big hit and networks get greedy by putting it on multiple days per week, rather than once or twice. Movie studios crank out sequels quickly after initial hits. Arguably, that’s now happening with the NFL.

One key difference, however, is that networks are fiercely competing for rights to NFL game broadcasts. Streaming outlets like Twitter and Amazon have now joined the battle. Live games are content that won’t be left on DVRs to watch later. Very, very few are going to stream a NFL game days or weeks after it was played. The NFL is serving market demand, rather than overestimating its appeal.

So if all these companies and conglomerates want pro football, is the NFL supposed to say no and exercise some restraint? (Not to mention turning away the hundreds of millions of dollars that networks are putting on the table.)

Redstone’s stance doesn’t mean that CBS won’t dial back its interest in the NFL, of course. Pro football is big business and draws huge ratings for the network, which paid big money to add the Thursday Night Football package to its regular Sunday afternoon and evening coverage.

“People want exclusive content,” Redstone told Recode’s Peter Kafka. “I have full confidence in the NFL. They are a great organization and we love our football.”