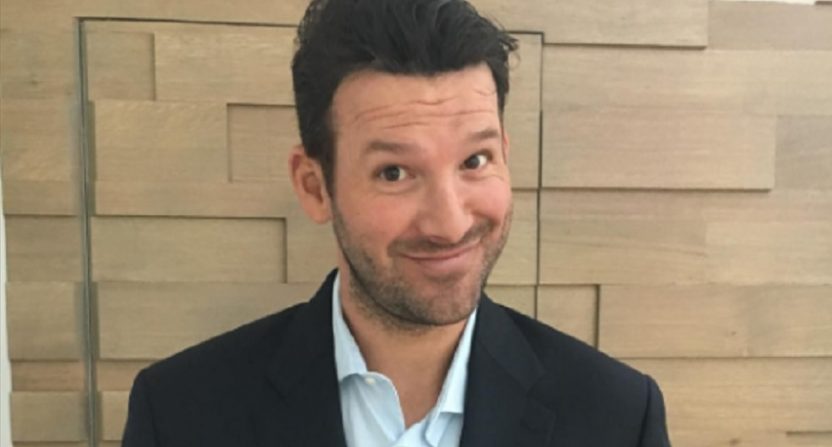 After locking into a 10-year contract with CBS in 2020, Tony Romo doesn’t appear bothered by the NFL broadcasting boom that occurred this offseason.

Romo joined Stephen Douglas of The Big Lead for a conversation about meat and broadcasting, which also happens to be two of my favorite topics. A couple things we learned in the interview; Romo would like to grill Jim Nantz a juicy, tender ribeye, and Romo isn’t jealous of other broadcasters getting paid.

The former Dallas Cowboys quarterback burst onto the NFL broadcasting scene in a big way back in 2017. After just three seasons with Nantz in the booth, CBS gave Romo a 10-year $180 million contract extension. That’s a deal that was unheard of at the time, but has since become the benchmark for other top NFL game analysts.

“I think everyone in the industry supports each other,” Romo told The Big Lead. “I mean for us, any time somebody makes money, it’s a good thing. It’s like players: everyone thinks they’re going to be upset, it’s like, well, when somebody makes more money, that’s helping out everybody else. And so, I think it’s well-deserved.

“I think there’s a lot of talented play-by-play and analysts out there. Troy [Aikman] and Joe [Buck], I’m really happy for them. I think that’s well-deserved and I think that’s a good thing, you know, for the whole industry.”

Romo’s $180 million contract runs through 2030. Which means the former Dallas Cowboys quarterback will be just 50 years old when it’s time to negotiate his next deal. Aikman is 55, Cris Collinsworth is 63 and for all we know, Tom Brady might be 50 when his 10-year $375 million deal with Fox kicks in.

Romo has a lot of years left in his broadcasting career, assuming he wants to use them. He would be doing himself a major disservice if he attempted to put a cap on the amount of money networks should be willing to pay NFL announcers. Although his annual salary has since been matched by Aikman and surpassed by Brady, the CBS analyst will eventually be able to reset the standard again when he’s up for an extension in 2030. And until he gets the opportunity, he should hope every NFL analyst deal in the next eight years continues to set a higher benchmark.