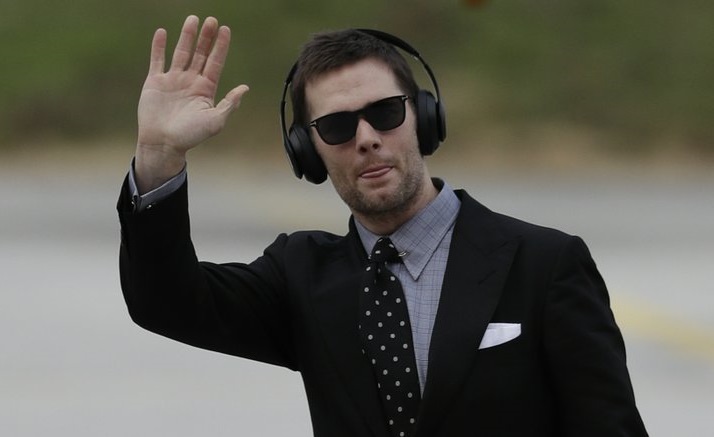 While Tom Brady essentially holds the NFL offseason and sports media (especially daytime cable talk shows) hostage with uncertainty over where he might play next, his latest venture will surely fuel speculation that he’s headed to the West Coast.

As reported by Deadline’s Mike Fleming Jr., Brady is launching a Hollywood production company that will develop original documentaries, feature films, and TV shows. The company is called 199 Productions, a wink at where he was selected in the 2000 NFL Draft. And several projects are already on the development slate.

The first documentary from Brady’s company is sure to draw attention with Avengers: Endgame directors Joe and Anthony Russo on board as producers. The film will be titled Unseen Football, a “fast-paced, incandescent big-screen 3D adventure documentary,” and involve Brady introducing plays from the NFL, college, and high school levels and examining them. What will apparently make this stand out is that the dissection of each play will take place on the big screen to immerse viewers in the action.

I’m excited to announce to the world the official launch of 199 Productions. When I was the 199th draft pick in 2000, I knew I needed to work hard every day to prove myself. Launching a production company is no different and I’m humbled to have the opportunity to partner with @therussobrothers, @agbofilms and @gchopra on our first project “Unseen Football.” I believe in the essence of teamwork, and I have no doubt, our 199 Productions team and partners will create inspiring content to share with the world. Stay tuned.. exciting times are ahead, both on and off the field.

Unseen Football will be directed by Gotham Chopra, which probably shouldn’t be a surprise since he was behind the camera for Brady’s Facebook Watch series, Tom Vs. Time. Brady and Chopra (along with Michael Strahan) founded Religion of Sports, the content company behind the documentary series which has drawn 100 million views on Facebook since its 2018 debut. The Russo brothers’ company, AGBO, and its nonfiction wing, Wonderburst, will partner with 199 Productions on developing the project.

Where Unseen Football will be seen hasn’t yet been announced. But the press release, Brady, and the Russo brothers all mention that the film will be shown on the big screen, presumably to utilize 3D technology. So this won’t be released (at least not initially) online or for mobile devices. For instance, another of Wonderburst’s projects, a comic-book documentary titled Slugfest, will be produced for streaming service Quibi.