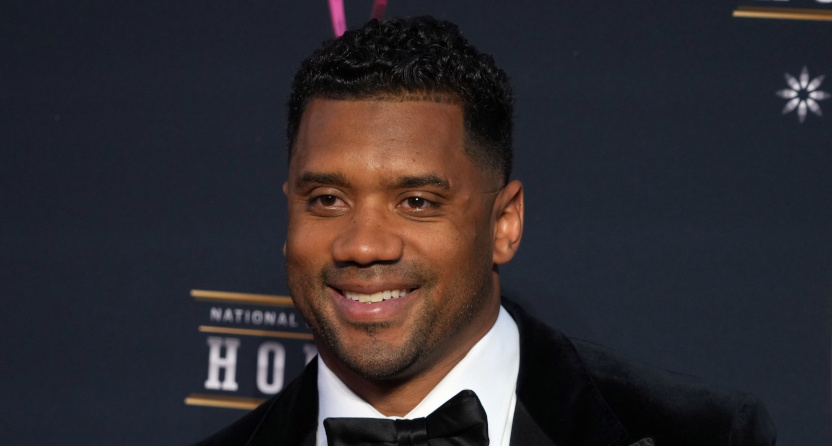 Following the Seattle Seahawks’ trade of Russell Wilson (seen above at February’s NFL Honors awards ceremony) to the Denver Broncos Tuesday, many thoughts turned to “Wilson,” the volleyball friend of Tom Hanks’ Cast Away character Chuck Noland. The Broncos even tweeted a GIF of Noland drawing the face on the volleyball:

But the Seahawks took a different approach, tweeting the scene where Noland loses the ball off his raft following a storm and yells “Wilson, where are you? WILSON! WILSON!” They then deleted that tweet. Here’s a screengrab of it:

The Seahawks weren’t the only people to think of that, of course. In fact, The Ringer did a version where they replaced the volleyball with Russell Wilson’s head:

But it is interesting that the Seahawks would tweet that and then delete it. The deletion did come after some criticism, although some of that was more about the trade than the specific tweet:

Seattle tweeting this out pic.twitter.com/rUGE30kL3R

There was some criticism for the specific tweet, though, and especially for how quickly they did that relative to a more sincere thank you:

This is gonna get deleted. This before an appreciation post? pic.twitter.com/Bon1bRxGzI

At any rate, the team certainly didn’t wind up standing by their video clip.