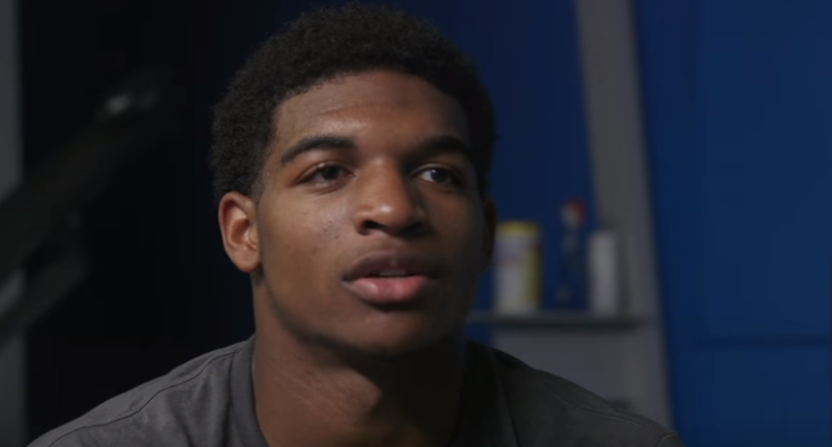 Coverage of college football has exploded over the past decade. No longer are we limited to one or two online recruiting forums to rely on for recruiting updates. Today, everybody seems to want to get a slice of the recruiting pie, with expanding coverage of high school players and their recruiting process, plus unique and creative recruiting announcement videos including dramatic storytelling and outlandish stunts and music videos.

You may have noticed one name trying to carve its own piece of the college football market in recent years: the NFL

Now the league is about to take the next step forward with its efforts.

Ja’Marr Chase, a high school wide receiver reportedly deciding between LSU and TCU, announced he would be making his college decision live on NFL Network, only to have his announcement pushed aside due to scheduling conflicts a few days later.

I am pushing my commitment Day back so my family can watch. It'll be on NFL Network.

Chase was supposed to make his announcement while attending The Opening at Nike’s campus in Oregon, which just so happened to be covered by the NFL Network. But fitting in the event meant Chase’s decision had to be bumped due to scheduling crunches. The whole sequence comes off making the NFL and NFL Network look bad, but if you stop and think about it for a minute, do we really need the NFL pushing its way forward trying to capitalize on amateur athletes?

Good to see the NFL getting in on exploiting high school kids for ratings purposes. https://t.co/m1zZFAchZy

The NFL has been covering college football to some degree on its website for a few years now, and the NFL Network has aired a handful of senior all-star games. All-star game coverage makes sense, considering any college players playing in those games will be going to the NFL, or hoping to go to the NFL, after their college careers have wrapped up.

But the NFL covering actual amateurs? That will be played off as nothing more than scouting future NFL prospects and giving future prospects a national platform to announce their football decisions. And some will go so far as to suggest this is good for college football, as Mike Florio of Pro Football Talk did…

So why would the NFL enter the business, via the TV network it owns and operates, of showcasing the selection of college football programs by high school football players? At that phase, it actually helps college football.

Even though only a small percentage of college football players ever make it to the NFL, the multi-billion-dollar college football machine is fueled by an endless supply of willing participants who bust their asses in exchange for the wholesale cost of “an education.” The vague promise of a career in the NFL facilitates that process.

High school players announcing their college decisions on the NFL Network doesn’t actually help college football. If anything, it could actually pose more problems moving forward, at least as long as players are not (legally) being paid on top of their scholarships.

The NFL has a vested interest in promoting the sport of football at any level it can. At a time when more parents are beginning to seriously contemplate whether their kids should even be playing football, the NFL is now enticing kids to pursue the national spotlight by any means necessary—and to do it on the NFL stage, so to speak. The NFL, of course, can’t pay these kids for helping provide the NFL Network with coverage, because that would violate NCAA rules and thus make those players ineligible. So, what drives the NFL to provide such a platform?

The NFL is not dumb, and it can clearly see the boom in college football recruiting news. The league sees this as an opportunity to cash in on a previously untapped area of the sport. ESPN and Bleacher Report have thrived with their college announcements. The NFL wants in, and once they figure out how to do it there may be no turning back. The next thing you know, the NFL Network will be airing Friday-night high school football games.