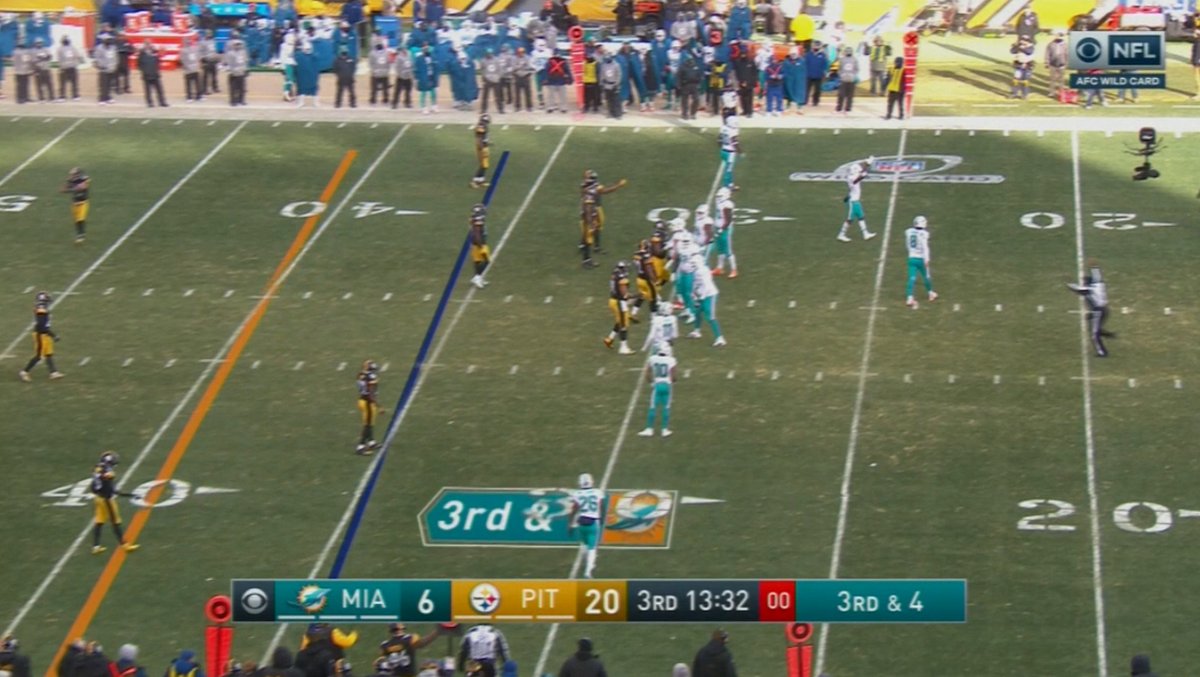 The first down line in football is one of the best inventions for viewers. It makes watching so much easier and so much more palatable to non fans.

It is an absolute wonder how these types of graphics haven’t made their way into other sports. The first down line is so ingrained in some that people don’t know how to view games without it.

But what if you watch the game and the line is wrong? Just how odd does that look? When the Pittsburgh Steelers played the Miami Dolphins, we got a taste of what that might look like.

“The yellow line is not official”

The still image is amazing but watching it live, it looks like the first down marker was running away from the Dolphins. Considering how their day went, it wouldn’t be too far off from how they felt.

It just shows how much these graphics are taken for granted and how easily it could be screwed up. Games are displayed in such a crystal clear way that we forget how good we have it. This happened only for a second and it threw people off, can you imagine an entire game like this?