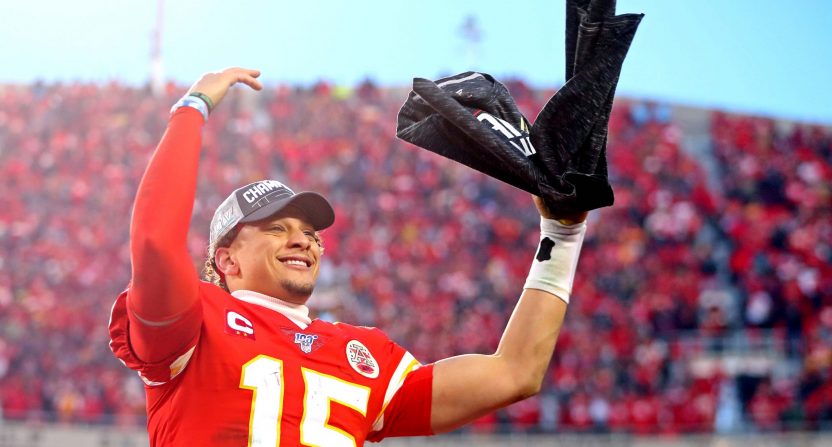 The NFL’s Conference Championship game Sunday doubleheader was a bit of a mixed bag according to early ratings returns.CBS had the afternoon window this year, and while the Chiefs-Titans matchup did feature a thrilling first half, it also featured the Titans being blown out over the course of the second half. Considering they were never going to be the ratings draw that, say, last year’s Patriots-Chiefs game did.The early numbers bore that out, too:https://twitter.com/richarddeitsch/status/1219352030655000582You can see the yo-yo effect that leads to the primetime game drawing more eyes, which is natural, but the 41.11 million viewers represents one of the least flattering data points for the NFL during a year in which the ratings news has been mostly good to great.https://twitter.com/paulsen_smw/status/1219362638922207234The nightcap on FOX fared slihgtly better, although it too failed to set any new standards:https://twitter.com/richarddeitsch/status/1219356327018946561Those totals aren’t bad, per se, in the scheme of television in 2020. As Fox PR noted, it was still the most viewed telecast since the last Super Bowl.https://twitter.com/FOXSportsPR/status/1219352741019095041But they’re not great relative to the trend, and certainly not world-beating by any measure. It’s another sign of how important good, competitive games are for the overall viewership; people aren’t sticking around for a blowout. Hopefully for all parties involved (including and especially viewers), the Super Bowl ends up being a closer contest.