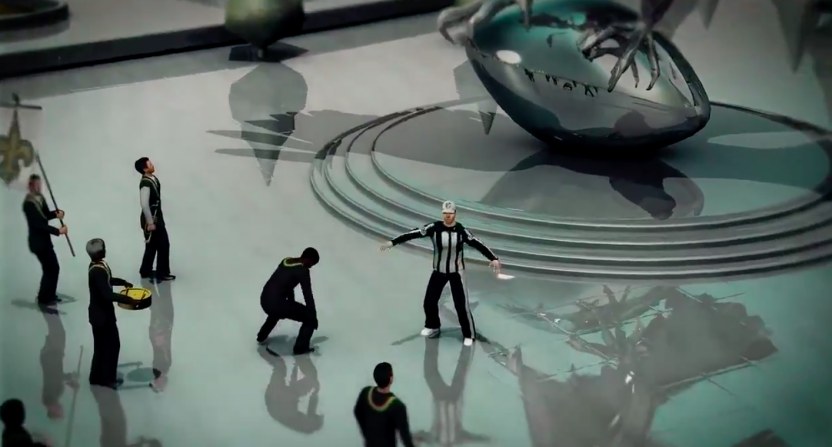 The 2019 NFL schedule is not only official, but we also now know which teams will be playing in primetime and when (Turns out, the Cleveland Browns and some others). Releasing your TV schedule doesn’t sound like a big deal, but like so many things with the NFL, things that aren’t really a big deal have been turned into a really big deal. And everyone is happy to go along with that (in theory).Used to be you just put out a press release with your team’s upcoming schedule on it. Then maybe you hold a press conference and that’s about it. These days, you can’t just put the information out there, you gotta go BIG. And in the age of social media, that means you have to do something impactful, something big, something potentially viral.And so, many NFL teams have started pulling out all the stops in creating videos dedicated to announcing their upcoming schedule in creative (and not very creative) ways. Seems like each year they up the ante on style, weirdness, and parody. 2019 has been no different.While each team certainly tries to stand out from the crowd, they never stray too far. In fact, after checking out all 32 team schedule announcements (so you don’t have to), we found that they all basically fall within one of 10 categories. In fact, some of them are even the same basic idea done slightly different. Let’s break them down…

https://twitter.com/RamsNFL/status/1118676026559569921First off, a tip of the cap to the San Francisco 49ers. They were the only NFL team to not create a custom video specifically to showcase their 2019 schedule. That either makes them The Worst or The Best in your eyes, depending on how you view this whole practice.As for the teams that did make videos but ended up in this category, they basically did what was asked of them. The Miami Dolphins probably put the least amount of effort into theirs, just putting some graphics and highlights against a strong beat. Much like the Dolphins, it exists.The Oakland Raiders and LA Rams had the same basic idea, just getting some of their players in one particular place in order to react to the schedule news. It’s California, man, they’ve got better things to do anyway.

https://twitter.com/Bengals/status/1118665443806449666Three NFL teams decided to just take a camera around town and remind you that they do, in fact, play football in the cities you presumed they did because of their names. The New Orleans Saints and Tampa Bay Buccaneers proved where they live. At least the Cincinnati Bengals had the wherewithal to put their mascot on a scooter and send him (it?) around town.

https://twitter.com/ChicagoBears/status/1118665524043497472There were two types of movie-related categories this year. The first was less about imitating films than it was about playing into notions of football yesteryear. The Chicago Bears did a very Chicago Bears thing and showed a George Halas-type figure watching old timey Bears highlights on a filmstrip. Meanwhile, the Kansas City Chiefs resisted the urge to reenact the “Chefs” Snickers commercial and instead used an old NFL Films motif.

Hey, I Know That TV Show/Movie

https://twitter.com/steelers/status/1118668326077698048The other movie-related category was more of a movie/television category, really. One of the most tried and true ways to stand out in modern pop culture is to ape pop culture from 20 years ago so we all say, “Hey, I remember that. I am important.” NFL teams know this.That’s why the Pittsburgh Steelers channeled Mister Rogers’ Neighborhood, the Detroit Lions compared their schedule to scenes from The Office, and the Arizona Cardinals turned their schedule reveal into a blockbuster movie trailer.

https://twitter.com/AtlantaFalcons/status/1118665439263981568Speaking of TV shows, you didn’t think we were gonna get through this without a parody of the Game of Thrones opening credits, did you? In fact, lucky you, three different NFL teams tried to pull it off.The Washington Redskins were probably the least successful, if only because some of those flyby images look like architectural renderings. The Houston Texans did an okay job but the “we couldn’t license the actual song” music really distracts (not sure the if the Redskins somehow got the rights or didn’t think about it and are about to get sued). The Atlanta Falcons get the win here, mostly because they realize it’s about more than just copying the show, it’s about adding your own funk to it. Extra credit for a very solid jab at their rivals, the Saints, over their playoff loss and referee complaints.

https://twitter.com/Jaguars/status/1118665476224188416Staying with television for a second, we also had teams go the route of the commercial. First, the Baltimore Ravens turned their announcement into a monster truck rally ad. Meanwhile, the Jacksonville Jaguars went the extra step to create their very own cheesy infomercial. We suppose it would have been kinda weird to attempt a Good Place parody now that Bortles is gone.

https://twitter.com/Giants/status/1118665451377180672It stands to reason that one of the best ways to stand out from the crowd is to get some famous people in front of it. That’s what three NFL teams had in mind this year. The New York Giants went simple and just stuck Tracy Morgan in a chair, letting him do Tracy Morgan things while he introduced the schedule.Meanwhile, the Tennessee Titans and Philadelphia Eagles had similar ideas. The Titans lined up a bunch of celebs who had a connection to Nashville and the state (Dolly Parton, Charlie Daniels, and a bunch of country music folks). The Eagles did something like that but for Philly peeps, bringing in Allen Iverson, David Boreanaz, Diplo, and Boyz II Men, to name a few.

https://twitter.com/Panthers/status/1118673996365619201A very popular route to take this year was to mimic a specific video game or a style reminiscent of a notable video game system.The Denver Broncos and New York Jets went right at football video game culture. The Broncos unveiled their schedule in the style of Madden, while the Jets went old school with an NFL Blitz presentation.Speaking of old school, the Green Bay Packers turned Pac-Man into a Pack-Man (get it?). Keeping the nostalgia vibe going, the Seattle Seahawks announced in the style of an 80s arcade fight game, while the Carolina Panthers went with a whole bunch of old game references, from Sega to Tetris to Mortal Kombat. We get it, Panthers, you know your references. It was the Ready Player One of NFL schedule announcements.

https://twitter.com/dallascowboys/status/1118666239818256385There’s a bunch of announcements that can best be described as being inspired by, or downright ripping off, popular memes and internet-related ephemera.No one summed that up more than the New England Patriots, who straight-up stole the Bad Lip Readings style. And as usual, when other people do it, it wasn’t quite as good as the original.The Buffalo Bills turned their schedule announcement into a dating app, which has curious implications for how they feel about their opponents. Next time they lose by 30 to the Patriots, you’ll wonder if that’s just their kink.The Cleveland Browns went back to the beginning, showcasing their dial-up modem and AOL Online set-up. No wonder it’s taken them so long to catch up with the rest of the league.The Los Angeles Chargers just grabbed a bunch of stock footage and used that as the backdrop for their video, but did it in a knowing way so it’s meta or something.Finally, if we’re gonna give credit where credit is due, we have to (quietly) tip our cap to the Dallas Cowboys, who made an ASMR announcement. Knowing that someone had to explain ASMR to Jerry Jones and show him a bunch of videos of people stroking microphones with feathers seriously made our day.

https://twitter.com/Vikings/status/1118665444150243328To be fair, there were two announcement videos that defied categorization.The Indianapolis Colts just shoved Andrew Luck in a room, and made him run through the schedule and accompany each team with a random fact about their city. The Colts finally figured out that they should get on the Captain Andrew Luck meme train last year, so it’s good to see them lean into the abject weirdness of their quarterback.Finally, the Minnesota Vikings, who forced commentator Paul Allen to read poetry during the schedule announcement. At least we think it was poetry. It certainly was… a thing that happened.