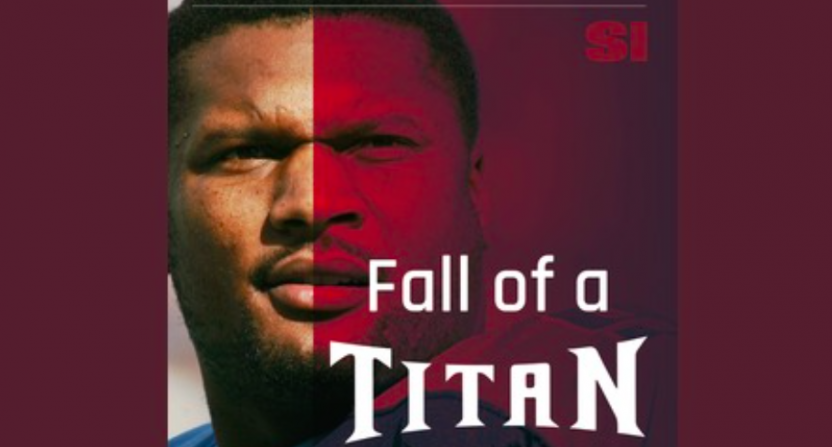 Welcome to Should I Listen To This? We deep-dive into a podcast to find out what it’s about, what works, what doesn’t, and whether or not you need to make the all-important decision to hit subscribe and add it to your rotation.

What’s It About?: In 2009, former NFL quarterback Steve McNair was found dead in his Nashville condo. He’d been shot four times. Twice in the chest and twice in the head. On the floor in front of him was the body of his mistress Jenni Kazemi, with a gunshot to her head and a gun on the floor. Four days later the Nashville police announced that Jenni had killed Steve and then herself in a murder-suicide.

While most people accepted the news based on the information provided, not everyone was convinced. McNair seemed to have been shot with precision, which seemed strange considering Kazemi was not trained with a gun. A gruesome rumor about what happened to McNair’s body seemed to take the crime scene to another disturbing level. And the speed at which the police declared the case closed was puzzling given some potential suspects and their motives.

Fall of a Titan tries to unravel all of the rumors, all of the suspects, and all of the possibilities that there’s more to the story than what we’ve been told.

Who’s The Host?: Tim Rohan, a writer for Sports Illustrated. He previously worked for the NY Times before coming over to SI in 2016.

Hey you, the first three episodes of FALL OF A TITAN are out now. If you like what you're hearing, don't be shy. Subscribe, leave a comment, tell a friend. It's all right here: https://t.co/OwT6cLHOh5

What’s It Like?: We live in the golden age of podcasts about former NFL players who either committed terrible crimes or had terrible crimes committed upon them. I listened to Fall of a Titan on the heels of binging Carruth, about the former Carolina Panthers wideout who ordered the execution of his pregnant girlfriend, and listening to multiple episodes of Gladiator, about former New England tight end Aaron Hernandez, who committed suicide in prison after being convicted of killing someone. I’ll fully admit that by the time I got to FoaT I was little burned out on the genre.

Then, the podcast begins with an episode (“The Private Eye”) that introduced Vincent Hill, a former cop who is convinced there’s more to the story than we’ve been told, but who also appears to have somewhat an iffy past of his own and questionable motivations for his insistence about the case. I came away from the first episode concerned this was going to go down the road that many true crime podcasts go, mining conspiracy theories and dubious suspects in order to pad the mystery. My concerns weren’t quelled after the second episode (“The Quarterback and The Professor”), which spent a lot of time with an amenable professor and McNair family friend who also has his own concerns and biases.

That said, I felt like the third episode (“The Waitress”) calmed my concerns a great deal by putting the focus back on the events of July 4, 2009. Not only that but it also really introduces us to Kazemi, a 19-year-old Dave & Busters waitress who gets involved with an NFL superstar. It helps paint a picture of who she was, what might have transpired between her and McNair, and why the police seemed to feel like this was an open and shut case. And things get kicked up a notch in episode four (“The Ex-Con and The Ex-Boyfriend) when we start to get a reasonable sense of why there might be some truth to those conspiracy theories.

One thing that’s really interesting about FoaT so far is that while Steve McNair is the reason anyone is interested in this particular case and his face is plastered all over the artwork, McNair himself is not really a central figure in this investigation into his own death. That is, while he is obviously central to the story, the podcast removes the focus from him and his NFL career (at least four episodes in) and instead put the focus on other people central to the story of what happened that fateful night. The podcast also paints a full picture of Kazemi, whose life has been boiled down to “crazy girlfriend who killed Steve McNair and then herself,” but who obviously was much more than that (and perhaps not a murderer at all).

Who Is It For?: The podcast is geared to fit nicely into the queue of any true crime aficionado. Don’t let the sports-centric source scare you off, this show sits squarely in the same space as podcasts such as Dirty John or A Killing on the Cape. Also, given how the story of what happened to McNair faded into the background compared to other NFL-related murder stories, it’s a good opportunity to get acquainted with the story and find out about the details that most didn’t know at the time.

Who Is It Not For?: If you’re an NFL fan interested in a discussion about the career of Steve McNair, you won’t find it here. While he is the person at the center of the story, this isn’t the story of him. Also, given the content, it’s not a podcast for the squeamish as there are descriptions of a murder scene and body mutilation.

Where Should I Start: You pretty much have to start at the beginning on a podcast like this. Perhaps you’ll bring the baggage I did into the show, perhaps you won’t, but I’d advise you to give it a couple episodes at least before making a final decision.

So, Should I Listen To This?: Fall of a Titan is a worthy addition to the burgeoning “podcasts about former NFL players who either committed terrible crimes or had terrible crimes committed upon them” genre. Depending on your familiarity with the true crime drama, the immediate route into conspiracy theories might strike a familiar chord but there’s some good investigative work ahead to back that up.