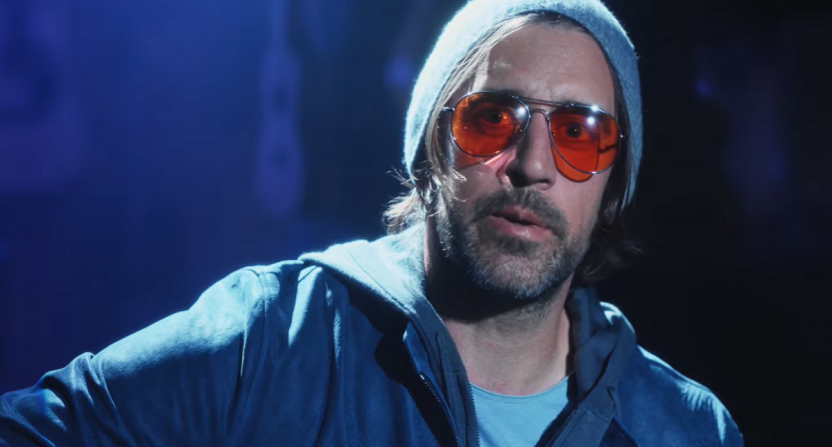 In the wake of Aaron Rodgers contracting Covid and being exposed as having misled the public about his vaccination status, some of the Green Bay quarterback’s sponsors have begun to pull back.

As anyone who watches NFL games knows, Rodgers is omnipresent on Sunday thanks to his State Farm ads. In normal weeks, viewers don’t go more than one break without seeing Rodgers pitching insurance in one of many different spots that have been in rotation throughout the year. So far the insurance provider hasn’t officially dropped Rodgers, or even taken much of a public stance on the matter at all. But if you noticed something felt different yesterday, though, the data backed you up.

According to ad monitoring from a company called Apex Marketing, the weekend’s State Farm ad load shifted heavily to spots not featuring Rodgers. (Anecdotally, I saw a lot more of Patrick Mahomes asking why “Shreddy Betty” is getting the Patrick price.)

This Sunday, there were six State Farm ads that featured Rodgers, as monitored by Apex through 8 p.m. ET, out of a total 394, making up just 1.5% of all ads State Farm ran.

“It appears that State Farm has reduced the number of national spots, dropping off considerably as of Friday,” said Apex president Eric Smallwood. “Our monitoring indicates that this wasn’t a planned reduction and more reactionary because there wasn’t any new significant ads put in its place.”

A State Farm spokesperson told Ad Age that “it would be inappropriate for us to comment on Aaron’s vaccination status.”

This feels like the first step to any corporate PR decision. State Farm only really cares about their own brand and bottom line; by completely dropping Rodgers and yanking his ads completely off the air, they’d draw attention. By not changing anything and running Rodgers ads all day as if nothing had happened, they’d draw attention. This is trying to thread a needle. Obviously, yes, companies shouldn’t want to be associated with an anti-vax spokesperson, and it’s possible State Farm quietly drops Rodgers in the near future.

But if they do, just remember they still ran ads with him this weekend. It’s all a big hedge, trying to buy time until they figure out the least damaging way forward.

“Aaron Rodgers has been a great ambassador for our company for much of the past decade,” a company spokeswoman said in a statement to USA TODAY Sports Monday morning.

“We don’t support some of the statements that he has made, but we respect his right to have his own personal point of view. We recognize our customers, employees, agents and brand ambassadors come from all walks of life, with differing viewpoints on many issues. Our mission at State Farm is to support safer, stronger communities. To that end, we encourage vaccinations, but respect everyone’s right to make a choice based on their personal circumstances.”