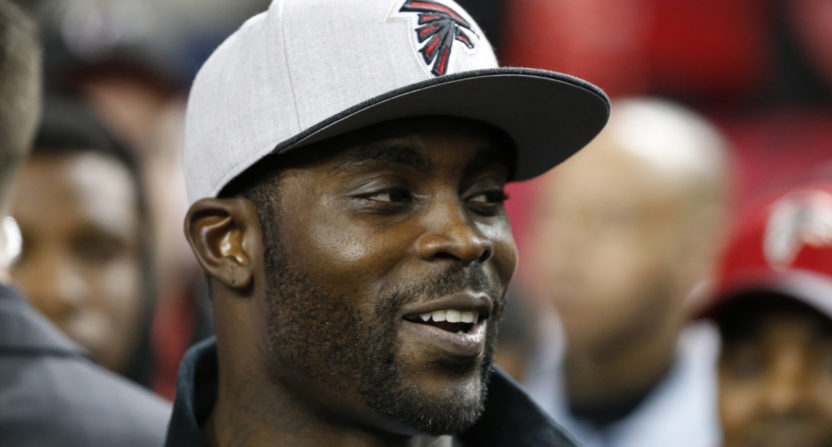 On last week’s episode of the FX series Atlanta, Donald Glover’s character Earn attempts to prove himself to the world by racing Michael Vick, played by Michael Vick, in a parking lot outside a strip club. In the show, Vick is said to have raced six people in the past 10 minutes, but he manages to dust Earn nonetheless.

Well athough the scene was fully fictional, it might not be for long.

In an piece on Bleacher Report published Thursday, Vick said he has never raced anyone outside a club but that since the episode aired last Thursday, he has been fielding requests to do so.

“After seeing that, I’ve gotten a lot of requests to come out and race guys outside of the club,” Vick said. “Whether it’s a strip club or a regular club, I might make that my side hustle, man. Maybe two weekends out of the month, I’ll go ahead and make me some money.”

In the show, Earn is worried that something has gone very wrong in Vick’s life to drive the former Pro Bowler to race people in parking lots but is assured that it’s “just a good hustle,” and there’s probably some truth to that. Imagine all the beer-bellied drunk dudes who would pay exorbitant amounts to say they raced Michael Vick. Some might even think they could beat him, as 24-year-old LeSean McCoy did in 2014 before famously losing to the 32-year-old Vick at Eagles practice.

These days, Vick spends his falls and winters as a studio analyst on Fox Sports’ NFL Kickoff, but he’s probably got some free time in the spring and summer. So if you’re at a club in the Atlanta area, make sure to check out the parking lot before you leave. You might come across a former NFL quarterback.