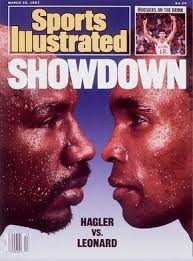 This past weekend, what started as a one-man protest by Colin Kaepernick blew up into an international story involving the NFL, President Trump, and just about anyone who had an opinion on the national anthem. What started as a protest to draw attention to police brutality and injustice in America morphed into a display of unity versus aggro-patriotism that had strong arguments being made on both sides. It was no surprise then to see Sports Illustrated dedicate their vaunted cover to the story.

What was surprising, however, was the reveal that Roger Goodell, a guy who couldn’t have less to do with the initial intent of the movement, made the cover and Kaepernick didn’t.

this can't be real pic.twitter.com/ZZom09wEIX

The move seemed to undercut the basic premise of the discussion by reframing it exactly how people like Goodell want it to be reframed. This is no longer a discussion about race, it’s a discussion about “coming together” or something. Not to mention an African-American athlete was not included in order to make room at the front for an old, white guy who had up until recently been more than happy to stay out of the conversation involving Kaepernick and his kneeling. To have him locking arms with Steph Curry and LeBron James, who have made bold statements and personal contributions to their communities, not to mention in front of athletes who have done much more on the issues, just seemed like a slap in the face.

A couple of non-NFL athletes who happened to notice were the Golden State Warriors. The team and its star player, Steph Curry, found themselves linked in the same context when Donald Trump “disinvited” them from the White House after Curry said publicly that he didn’t want to go there to celebrate their recent NBA championship. The team and coaches met with the media on Wednesday and shared some thoughts on the SI cover (via Tim Kawakami).

Steph Curry on Sports Illustrated failing to include Colin Kaepernick on their cover about the protest: "That was terrible."

Later Curry told me he scanned the cover looking for Kaepernick, SC: "I just saw all the faces and I saw me and LeBron and Roger Goodell…

"And me (linked arms with) Roger Goodell? That just makes zero sense at all. He had the most on-the-fence kind of comment…

Warriors head coach Steve Kerr, who has never been shy about sharing his opinions on social issues as well as Donald Trump, also chimed in.

Steve Kerr told me he saw himself on the cover, then, "I looked it and went, 'Where the hell is Kap?'…

More Kerr: "If the article is about activism in sports, how is Kaepernick not on the cover?"

More Kerr on Kaepernick's absence on the SI cover: "I just don't understand how you can omit the guy who basically began this movement."

Well, we can think of a good reason as to why. We just don’t want to say it out loud.