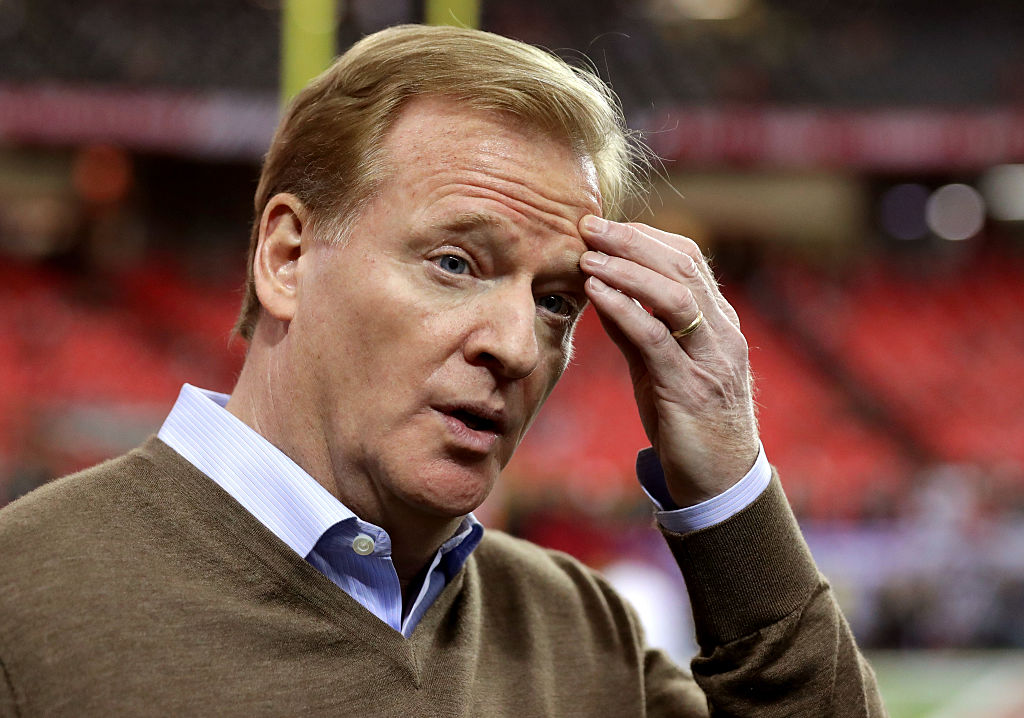 NFL Commissioner Roger Goodell is responsible for being the voice of the National Football League, so when he gets the chance to open up about any number of subjects, the sports world takes notice. And let’s be honest, Goodell always seems to have a full plate of issues to sort through when those opportunities come.

The latest topics of interest are wide-spanning, from the accusation of going out of his way to avoid attending a Patriots home game to a pair of AFC West teams either confirmed to be or moving forward with the hope of transplanting to a new city, to the ongoing criticisms about the quality of Thursday Night Football on the NFL schedule, Goodell has much to address.

On The Herd, his daily radio show on FOX Sports Radio, Colin Cowherd addressed a number of these issues and some more with the Commissioner of the NFL.

The NFL just completed another season with weekly Thursday Night Football, with a new TV contract airing the games on network television this season. For the NFL, and its network partners, it was a win. But players playing those games have voiced their concerns about the Thursday Night Football schedule in hopes there is an adjustment to the scheduling moving forward. For now, Goodell is sticking to his facts and data to support the current model.

“We’re more than just optics. We’re into facts. There are actually less penalties, less turnovers,” Goodell claimed. “Almost by every barometer of the quality of the game is better on Thursday night… There’s never been any indication the number of injuries is up on Thursday night.” Just a reminder that fewer injuries, penalties and turnovers doesn’t always mean the game is actually more enjoyable to watch. But the injuries are a concern.We try to do everything we can to make sure those players have time to recover from injuries.

“We try to do everything we can to make sure those players have time to recover from injuries.”

Goodell denied that he was avoiding New England and Patriots fans, a criticism thrown at him this week.

“The fans are going to feel what they want,” Goodell said when asked about Patriots fans feeling as though the Commissioner was actively avoiding them. Goodell attended the NFC Championship Game in Atlanta, which was defended by Goodell in his continued response. “We had two great games. I was in Boston two years ago for the Divisional and Championship games. I try to get to as many stadiums as I can. We had two great games and you have to choose and frankly, the focus should be on the players, the coaches and the great game. And that’s the way it was this weekend and it should be.”

It is no secret the Patriots fans have been anti-Goodell, but the sentiment from the Patriots franchise has also been critical of the league and Goodell’s handling of the Deflategate scandal. Some of those criticisms even came from the top of the Patriots, owner Robert Kraft. Goodell says that comes with the territory of being the Commissioner.

“I wouldn’t be doing my job if somebody wasn’t unhappy with a decision that you make or doing it. Robert and I can disagree but we have great respect for one another, but that’s true of any owner,” Goodell said. “That doesn’t affect my impact, my relationship or that we work together to make the NFL better ultimately. That’s the most important thing for us. I can’t agree with everybody at every moment, and I shouldn’t. A lot of these issues can be issues between teams. In many cases, we have to discipline our clubs, that’s part of our process and we do that with a large number of our clubs… but it’s not personal. It’s professional and it’s to make sure that we’re doing everything to protect the great game that we have and promote it.”

Asked about the Chargers leaving San Diego for Los Angeles, Goodell said it was unfortunate for all involved after he claimed the league and the Chargers tried everything they could in order to keep the franchise in San Diego. The city of San Diego did not cave to the desires of the Chargers, so the team packed up and made the move to Los Angeles, effective this season.

“Everyone in that community recognized that a new stadium had to be built, they’ve realized that for years,” Goodell said. “For us it is disappointing.”

Goodell was also asked about the league’s stance on marijuana and gambling, which is largely unchanged at the moment.