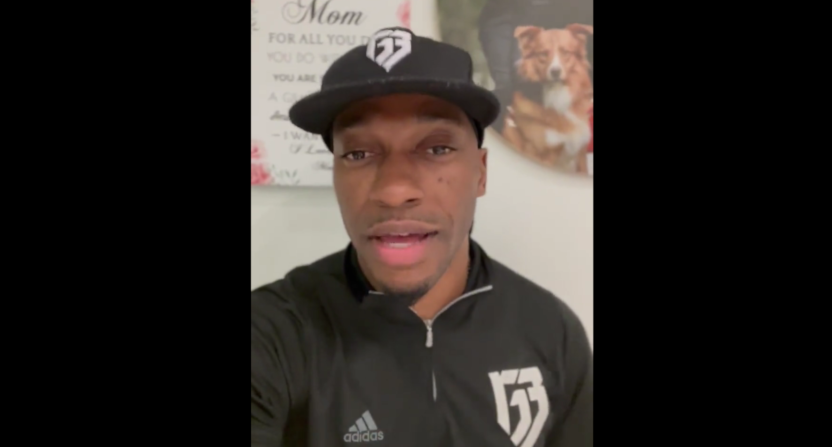 Many athletes have books they either wrote solo or co-wrote with a journalist, and a lot of those are interesting. But the standard approach has them telling either the story of their life or the story of their career, and it often focuses on their biggest successes. An upcoming book from former NCAA and NFL quarterback and current ESPN college football analyst Robert Griffin III is taking a much different approach; it’s not focused on his success at Baylor, or his Heisman trophy, but rather the issues he had with the Washington NFL team while playing for them from 2012-15. Griffin announced Surviving Washington, which is set for an August 2022 release, on Twitter Tuesday:

The truth will set you free.

“What’s up, guys? I’m so excited to announce that I wrote a book. And it’s coming out in August 2022. Title: Surviving Washington. Now, every experience that I’ve ever had has made me a better husband, a better father, and a better player. But I want you to take this journey with me, as I walk you through one of the most dysfunctional franchises in all of sports.”

“I’m going to tell you the truth about what happened in that playoff game in 2012 against Seattle. I’m going to detail the medical mismanagement that I received during my time in Washington. I’m going to open your eyes to the sexual harassment that permeated the walls of that building, and give you a deep dive into a power struggle between one of the most powerful coaches in all of sports and an owner that many of you want gone. They say, ‘The truth will set you free,’ so here it is, unfiltered. Pre-order now.”

While athlete books with some criticism of teams and or leagues aren’t unprecedented (Jim Bouton’s Ball Four and Jose Canseco’s Juiced come to mind, albeit in very different ways), it’s fascinating to hear Griffin go into this much detail about his planned criticisms of the Washington franchise almost nine months before the book’s release date. And he’s offering some very specific criticisms here, especially when it comes to “medical mismanagement” and sexual harassment; those are not allegations to make lightly. (It’s also interesting that this comes at a time when Griffin has talked about still wanting to play, and he specifically said he would be open to a potential return to Washington last fall. That’s probably not happening now.)

Of course, a NFL-commissioned investigation itself found strong sexual harassment in Washington, enough for the league to fine the team $10 million even if they won’t release the report. So there’s no reason to doubt that Griffin saw sexual harassment while he was with the team. And with the league still trying to keep the details of what that investigation found under wraps, most of what’s known to the public is only from media reports (which were incredibly disturbing in their own right), so it will be definitely interesting to see what Griffin has to say about that.

Update: Griffin’s wife Grete tweeted that this is about sexual harassment he personally received, not what he witnessed:

And on the injury front, the same franchise has recently come under fire for their handling of another high-profile injury to another quarterback who’s now an ESPN analyst, Alex Smith. And they took plenty of criticism for their handling of Griffin’s 2012 injury at the time, specifically around putting him back in after one play, then only removing him later;  head coach Mike Shanahan said Dr. James Andrews cleared him, but USA Today later reported that Andrews said he never examined him. They also took criticism for having Griffin play in Week 16 that year and then in the playoffs, where he re-injured the knee. And Griffin suffered further injuries with Washington in 2013 (a dislocated ankle) and 2014 (a concussion), so his commentary here may be about how the team managed those situations as well. We’ll see what details he discusses when the book comes out next summer.