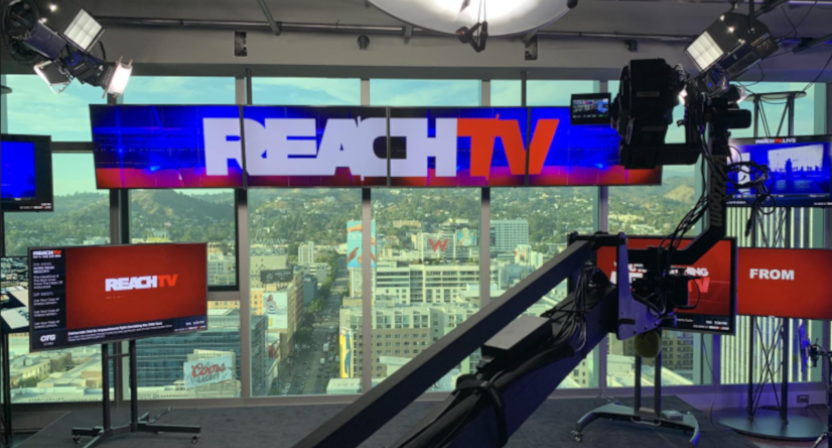 An important discussion in any sort of sports programming is the amount of people watching it outside of homes, in locations including gyms, bars, and airports. Airports (outside of airport bar/restaurant locations, which often have similar setups to bars you’d find elsewhere) are particularly interesting, as many of the TVs you see in airport concourses and airline lounges aren’t run off a deal with a traditional cable or satellite provider. Many of those are instead run by companies like ReachTV that are their own multichannel video providers and strike their own deals with networks, but for airport locations rather than consumers or other businesses.

ReachTV has now struck a multi-year deal for national NFL games. And, interestingly enough, they’ve done that with the NFL itself rather than the local broadcast networks in each airport’s area that will be carrying those games. The deal also includes Reach providing research data to the NFL and airing relevant games in airports based on arriving and departing flights. Here’s more on this deal from a Reach release:

ReachTV and the National Football League have formed a multi-year licensing rights agreement that will see ReachTV air national NFL games across more than 2,500 of their owned-and-operated screens in over 85 airports throughout the country, it was announced today by ReachTV’s founder and CEO, Lynnwood Bibbens and the NFL.

The deal will allow the NFL to utilize ReachTV’s extensive research and data from their thousands of screens, giving them the opportunity to geo-target game programming based on travelers’ interests, destination and viewing habits for the first time. It will also allow the NFL to access ReachTV’s screens for their vast library of content that can also reach appropriate audiences at the nation’s busiest airports.

“The NFL has the best fanbase in the world, said Bibbens. “This new deal allows us to ensure that those traveling on game day are able to enjoy the NFL on their travel journey. Using our ReachTV broadcast technology, we can ensure that travelers on the way from Philadelphia are able to see the Eagles or from Minneapolis can watch the Vikings while they wait for their flight.”

“We are thrilled to come to an agreement with ReachTV to air NFL games,” said Hedy Chen, NFL Director, Media Strategy and Business Development. “Having access to ReachTV’s extensive network of televisions in airports across the country allows us to continue to serve our fans and provide them with the ability to watch our games wherever they may be.”

There’s some apparent logic to this for both sides. For the NFL, this is a way to keep themselves at the top of mind even for those waiting for a flight or arriving on a flight. (And it’s maybe a way to make further inroads with more casual fans; the diehards may have already been hanging out at the airport restaurants and sports bars to watch games they cared about, but now some of the general airport concourse and lounge screens may feature some NFL games instead of news or weather.) This also provides the NFL with a fair bit of research and data from Reach. Meanwhile, Reach gets some compelling content for their owned-and-operated screens.

Another interesting (albeit more minor) angle to this is how and if it might affect out-of-home viewing numbers. Ways to measure out-of-home viewing have long been discussed and debated, and one of the main approaches is portable people meters (PPMs), which track TV or radio audio signals around the wearer.  In Canada, Numeris and predecessor BBM have been integrating PPM sampling since 2009, and that led to big boosts for sports events in particular (to the degree that even low numbers since then have had to be caveated with “lowest since 2009“). U.S. measurement company Nielsen has been doing out-of-home for some events for a while, and there’s long been evidence that out-of-home viewing can boost specific sports events by quite a lot. That led to Nielsen implementing their plan to fully integrate out-of-home numbers into their regular numbers last fall , a decision made after they initially planned to delay that integration.

Anyway, while a 2,500-screen deal normally wouldn’t affect a national ratings sample all that much, there’s a case that this one might make a bigger splash. That’s particularly due to it being in high-traffic airport areas, and with the PPM sampling in particular picking up audio even if panelists aren’t looking at the screen in question. Now, the NFL’s likely going to be less impacted by this than sports events with fewer overall viewers would be (if the overall number is smaller, changes to it based on screen distribution make a much larger impact), but this is still something to keep an eye on there. If there wind up being significant out-of-home spikes for national NFL games, this deal may be one to look back at as a potential reason why.

Beyond that, this certainly sounds like something that could work out for ReachTV, the NFL, and for fans. If more NFL games are shown on general concourse airport screens, and in particular if that content is keyed to fans departing for or arriving from a particular location, that could make it a lot easier to follow games they care about while waiting for or getting off a flight. That adds value for the NFL in terms of the people watching their product (regardless of how many of those people wind up being counted in the official ratings), and that’s before you get to the research data set to be shared here. And there’s value here for Reach in making their TVs and their TV content more compelling to many airport passengers.