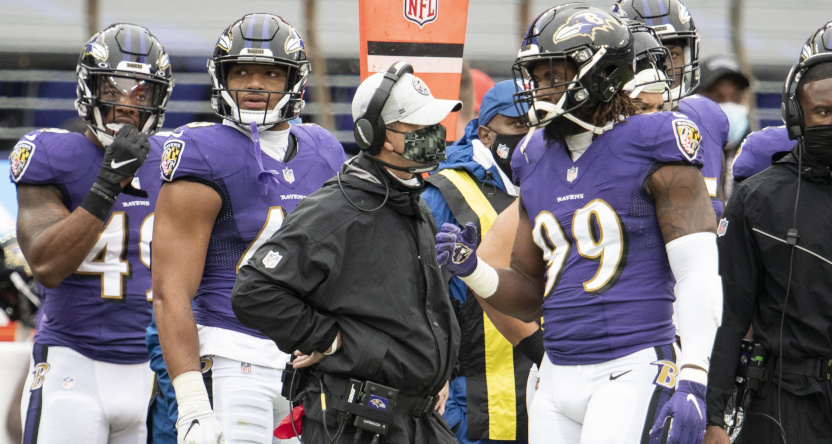 Who’s ready for some Wednesday Afternoon Football? The Baltimore Ravens-Pittsburgh Steelers game initially set for last Thursday (Thanksgiving Day), then moved to Sunday, then moved to Tuesday, has now been moved to Wednesday, as per ESPN’s Adam Schefter:

Ravens-Steelers postponed to Wednesday, per source.

Update: And it may actually be Wednesday Afternoon Football:

Ravens-Steelers is now scheduled to kick off at 3:40 pm Wednesday, per source.

That’s because NBC has the 88th annual Christmas In Rockefeller Center special scheduled for Wednesday night.

To add to Schefter's report on 3:40 start, according to a source, NBC couldn't move tree lighting this close to Weds. The lighting is an expensive production and advertisers love it so Steelers-Ravens are in the afternoon.

Side note: we’ll credit Schefter’s actual tweet, rather than take the path of ESPN’s @SportsCenter account, which somehow took 11 minutes to come up with this graphic.

Breaking: Tuesday's Ravens vs. Steelers game has been postponed to Wednesday, a source told @AdamSchefter.

This is the third time this game has been postponed due a COVID-19 outbreak within the Ravens organization. pic.twitter.com/FucWW45XNK

At any rate, this comes after the Ravens added four more players to the reserve/COVID-19 list Monday (with four others returning off that list). The new additions are TE Mark Andrews, LB Matthew Judon (#99 above, seen on Nov. 1 (in the team’s last game against Pittsburgh) talking to head coach John Harbaugh after Judon was ejected), WR Willie Snead IV and CB Terrell Bonds; Bonds was already on season-ending injured reserve. Andrews and Judon were both selected to the Pro Bowl last year, making it seven Pro Bowlers on that list (out of 19 players there overall). LB Jaylon Ferguson, G D.J. Fluker, DT Broderick Washington and DB Iman Marshall were removed from that list Monday. As for the Steelers, they placed four players (DEs Stephon Tuitt and Isaiah Buggs, OT Jerald Hawkins and RB James Conner) on that list Sunday.

If the game is played Wednesday (still far from a certainty!), it would still likely be carried on NBC, as they’ve retained the broadcast rights through this process so far. As of Saturday, Mike Tirico, Cris Collinsworth and Michele Tafoya were set to call that game, and it seems unlikely that will change unless someone runs into a conflict. But playing this game Wednesday may lead to some further schedule shifts, as the Steelers (hosting Washington) are currently set to play Sunday; that would be a quick turnaround. The Ravens are set to play Monday afternoon against Dallas (a game already bumped after this game moved to Tuesday).

Update: Yep, the Pittsburgh-Washington game is moving to Monday:

Source: Washington/Pittsburgh is being moved to Monday. So we’ll have 3 games on Dec. 7. Time for WFT/Steelers not set yet.

Update to the update: Cowboys-Ravens was then shifted to Tuesday.

The whole situation’s strange, and it’s interesting that the league is so willing to keep moving this back, but that they had the Broncos play without a quarterback Sunday; some Denver players, including Kareem Jackson, have complained about what they see as a double standard.

The NFL has a very limited history of games on Wednesday. They opened the season on a Wednesday in 2012 to avoid conflict with the opening speech of the Democratic National Convention. As per a Pro Football Hall of Fame graphic from that time shows, the previous NFL Wednesday game was also a season-opener, a whole 64 years earlier in 1948. (The rival AAFC played a Wednesday game a week later.) The first Wednesday NFL game came in 1925, the league’s sixth season, and it was the last day of the week to receive a NFL game. There were several Wednesday games during the 1920s, 1930s and 1940s, though, including the first night game in 1929. That whole graphic is well worth a read for the strange history of NFL football on Wednesdays, which may get a new chapter this week.

Update: And on the fantasy side, this still counts as Week 12 (at ESPN, at least):

FF update from our games team: With the Ravens/Steelers game rescheduled to Wednesday, ESPN will be extending the Week 12 matchup period by an additional day to include this game.

In other words, if you kept these players in your lineup for Wk 12 Tues, they can remain for Weds.