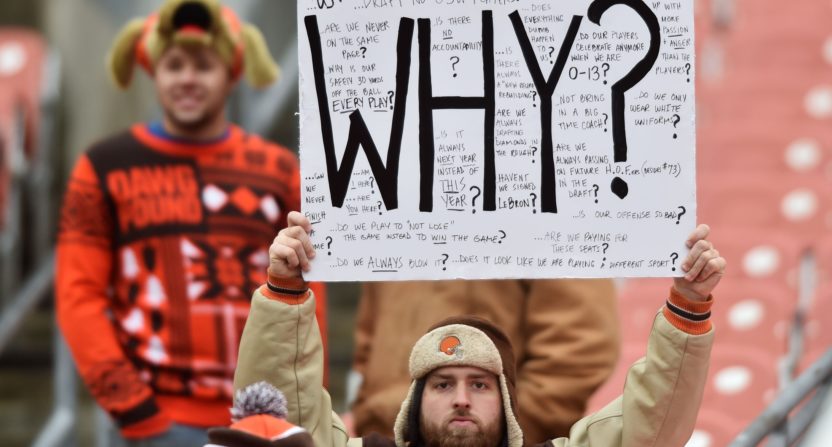 With those qualifications in place, just six teams (barring another coach getting fired this week) can be forced to appear on Hard Knocks this summer – the Baltimore Ravens, Cleveland Browns, Denver Broncos, Los Angeles Chargers, San Francisco 49ers, and Washington Redskins. FEEL THE EXCITEMENT!

The Browns were also eligible last year, and head coach Hue Jackson (who is incredibly still employed by the Browns) didn’t seem too keen on being featured.

Of the eight teams that could’ve been forced to appear last season, only the Browns and Ravens can be pushed into appearing this season, with the Bucs falling off the list after their starring role in 2017, the Eagles, Titans, and Saints making the playoffs, and the Bears and Colts firing their coach.

Here is our ranking of the six teams that are Hard Knocks contenders this year. The ranking is really just based on what teams we think would make for the most entertaining season, because isn’t that what you’re really watching Hard Knocks for? 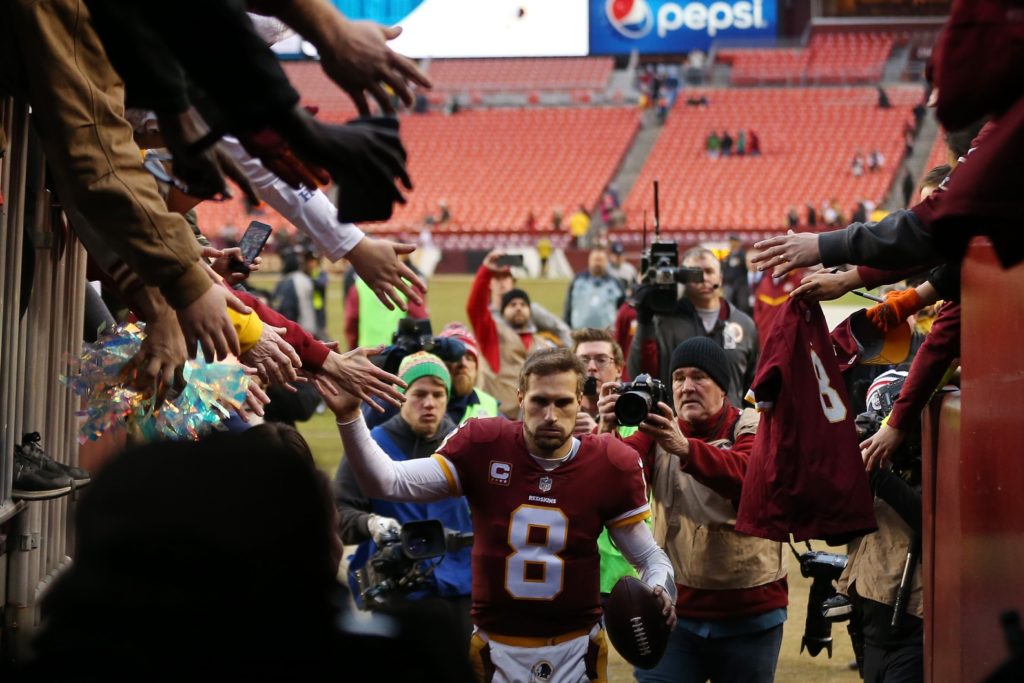 Why it would be good: Josh Norman is an entertaining dude. I’d also be interested on seeing Washington try to move on in the post-Kirk Cousins era, or maybe even deal with Cousins yet again after franchising him two straight years. Also, there’s a slim chance we could get some insight into the name controversy that doesn’t seem like it’s going away any time soon.

Why it would be bad: There isn’t a lot of starpower or storylines here. Dan Snyder would probably make the production as bland as possible, given how much he likes to control the flow of information surrounding the team. Also, they’ve only won one playoff game this millennium, so it’s not as if this is a team on the cusp of something great.

Why it would be good: Terrell Suggs. There’s a built-in storyline to follow with the 2018 Ravens following their crushing last minute loss to the Bengals on Sunday. Eric Weddle and his massive ice cream sundaes could be a fun segment for an episode, but there’s only so much you can say about a safety with a great beard eating a tub of ice cream after a win.

Why it would be bad: Joe Flacco is about as milquetoast as they come. With Ray Lewis and Ed Reed long gone, the team lacks starpower and big personalities (aside from Suggs). None of their skill players are household names, and it would be tough to get invested in any of them.

Why it would be good: Vance Joseph’s first season was a disaster, and it’s somewhat surprising he actually kept his job. The hunt for a new franchise quarterback following Peyton Manning’s retirement will continue after Paxton Lynch, Brock Osweiler, and Trevor Siemian all failed to make long-term impressions. Von Miller is one of the NFL’s biggest stars. Aqib Talib might be around next year, and he may or may not be insane.

Why it would be bad: After their bye in Week 5 last year, the team completely fell off the map, finishing 2-10. Their best days are probably behind them, and they might not be all that interesting for the next couple of seasons. 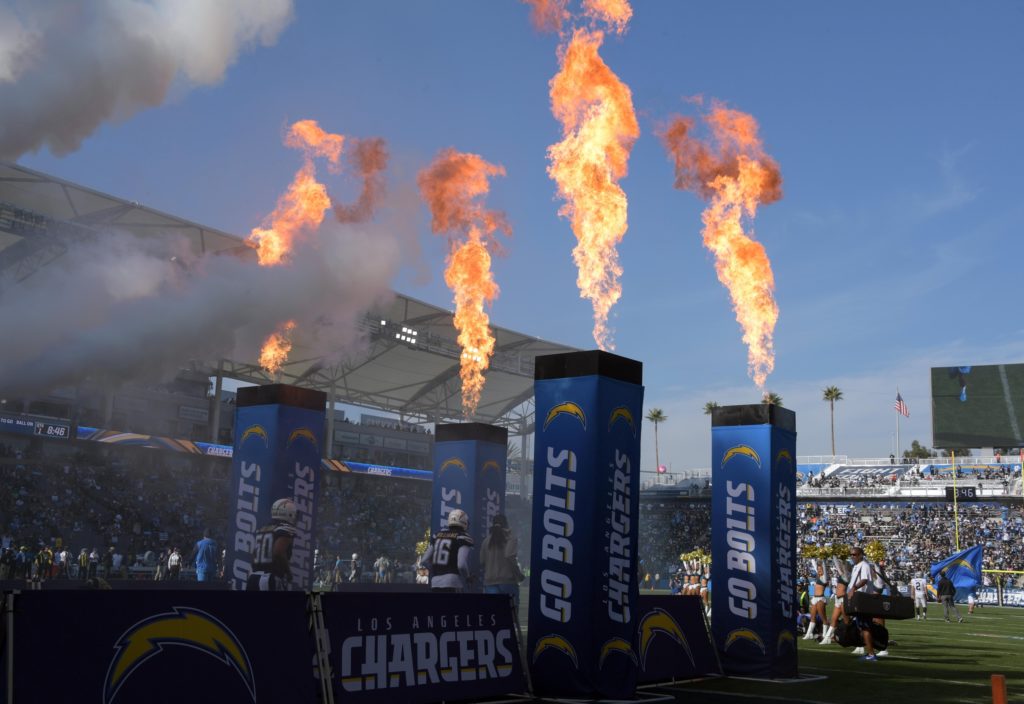 Why it would be good: I’d actually be pretty interested in seeing how the team deals with practicing and playing at smaller venues around Los Angeles, like their current home, the Stubhub Center. Could we get a camera in Philip Rivers’ mobile QB room for his commute from San Diego? Featuring the Chargers could also be a way to bolster support for them in Los Angeles, which has been tepid (at best) and could use all the help it can get.

Why it would be bad: Filming would probably be interrupted numerous times by anti-Dean Spanos banners.

Why it would be good: Jimmy Garoppolo’s strong start to his 49ers career after being dealt to San Francisco from New England is about as good of a storyline as you’ll get in Hard Knocks. John Lynch’s continued transition to the front office is another potential interesting storyline. The 49ers have also been at the epicenter of the protests during the national anthem, and even though Colin Kaepernick (and presumably before next season, Eric Reid) is gone, that’s a topic that will inevitably get airtime and raise emotions (both in favor and against).

Why it would be bad: Name three 49ers players aside from Garoppolo. There’s a real lack of starpower in San Francisco, and the producers may need to stretch in order to produce compelling content.

Why it would be good: Because the Browns are a trainwreck of a franchise that has won one game in the past two seasons. They consistently stumble over their own feet on and off the field, creating a car wreck atmosphere that you can’t look away from. They have two picks in the top four of this spring’s NFL Draft, and will (theoretically, hopefully) turn one of those picks into one of the more desirable quarterbacks in the draft.

Why it would be bad: The Browns are probably going to be a bad team again in 2018, so it’s not as if we’d be watching to see if they could put it all together and make a playoff run. Given Jackson’s quote above about Hard Knocks, I don’t think he’d be too thrilled to give soundbites to the producers.