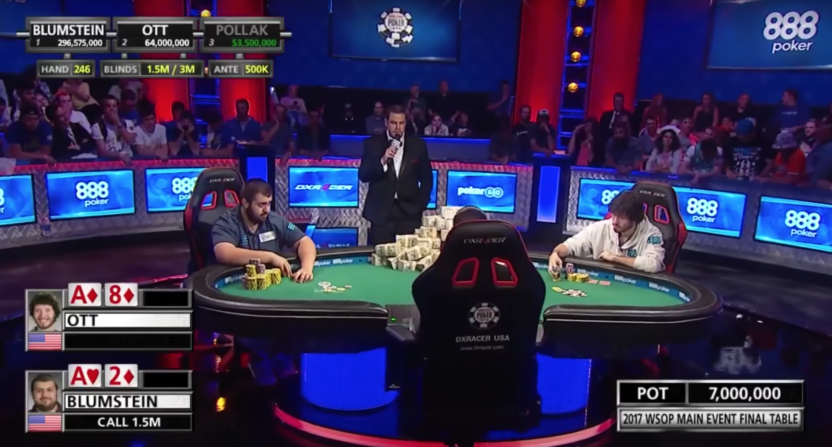 On Sunday night, about a third of Americans (and the vast majority of sports fans) will turn on NBC to watch Super Bowl LII between the Patriots and the Eagles.

And although most other sports networks could probably broadcast static without anyone noticing, they’re all throwing something on air — even if it’s something no one would particularly want to watch. Here, we rank the sterling sports programming available to you Sunday night if you decide not to watch the Super Bowl.

You know a network’s lineup is weak when you have to Google just to find out what the events actually entail. Desert Assassins appears to be some kind of truck-racing series, while the Pro Pulling League is a truck and tractor pulling series. Bull riding is kind of cool, but CBS Sports Network’s offerings overall leave a bit to be desired.

MLB Network will spend most of the Super Bowl airing a “Bad News Bears” sequel you probably didn’t know existed. They save things a bit by airing an actual baseball game (albeit a replay), but Game 7 of the World Series was probably the seventh most exciting game of the World Series.

The SEC Network and Pac-12 Network are both leaning on gymnastics on Super Bowl night. And although gymnastics can be compelling, regular-season college matchups during a non-Summer Olympics year are a tough sell.

ESPNU will also air women’s college gymnastics, but later in the night the network will spice things up with the replay a college-football skills challenge. Thrilling!

FS1 will broadcast the Monster Energy Supercross series, which sounds pretty cool, followed by a slate of MMA bouts that will have already aired Saturday night.

FS2 has similar programming to FS1, including the same exact UFC Fight Night broadcast, but it gets the edge here because of Monster Jam, which sounds much more fun than anything FS1 has to offer.

This is true replacement-level programming. The SportsCenter and E:60 segments ESPNEWS will air all night are surely compelling and well-produced, but it’s hard to get too excited about an hours-long run of heavy-hearted video features.

On the plus side, the Tennis Channel is airing a real sporting event. On the negative side, it’s a replay of said event, and the Phoenix Open isn’t exactly a marquee tournament.

Similar to Golf Channel, Tennis Channel is replaying an event from earlier in the day. And the Davis Cup is something people care about. Right? Maybe a little bit?

You could argue ESPN should be lower on this list given that it’s airing a documentary instead of actual sports, but “Nature Boy,” the 30 for 30 about wrestler Ric Flair, got strong reviews and is new enough that maybe some people who want to see it haven’t gotten around to it yet.

The lone channel to compete with the Super Bowl using Super B0wl-related content is, of course, NFL Network. It’s hard to imagine who would want to watch “up-to-the-minute scores, statistics during Super Bowl LII” instead of the game itself, but at least that person will know his stuff Monday morning at the water cooler.

2. NHL Network — Senators vs. Canadiens, On the Fly, NHL All-Access

You’re probably not dying to watch two sub-.500 teams in the replay of a game that originally aired earlier in the day, but that’s about as good as Super Bowl competition gets.

For the first half of the Super Bowl, NBATV will broadcast repeats of its NBA GameTime highlight show, but at 9 p.m. ET it will air a game between the Rockets and Cavaliers that should be legitimately exciting. Yeah yeah, it will be a replay from 24 hours earlier, but LeBron James vs. James Harden is still LeBron James vs. James Harden. By Super Bowl Sunday standards, that’s some high-quality programming.