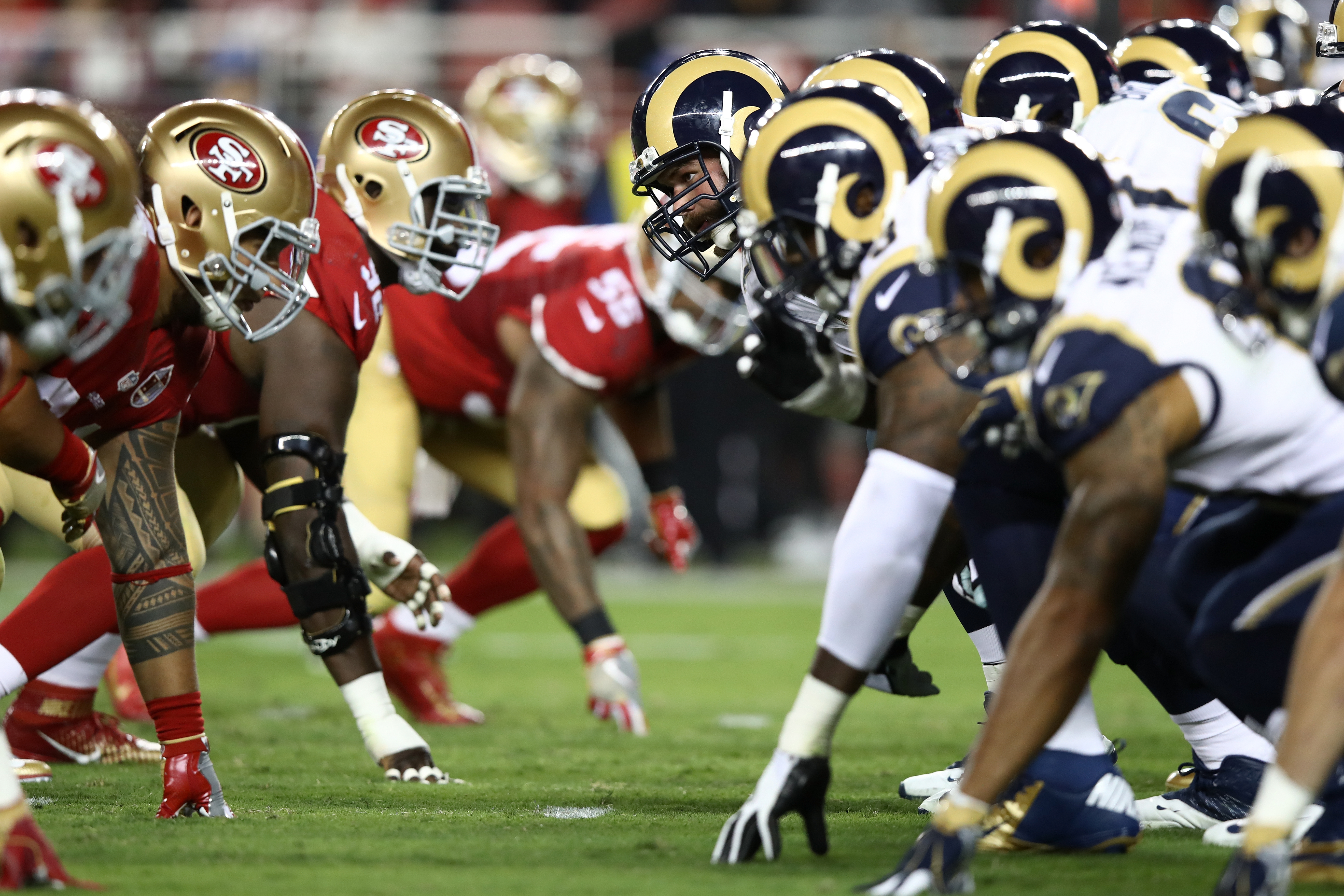 Monday night’s Rams-49ers game had some storylines to offer. It was the Rams first game representing Los Angeles, the start of the Chip Kelly era in San Francisco and also another chance for Colin Kaepernick to kneel during the national anthem. But, it was also a matchup of two teams that combined to go 12-20 last season and are now being quarterbacked by Blaine Gabbert and Case Keenum.

The game was, by all accounts, a snoozefest, and the ratings were awful. Though both halves of the season-opening Monday Night Football double-header drew fewer viewers than last year’s games in the corresponding time-slots, it was 49ers-Rams that took the gruesome hit.

ESPN MNF doubleheader down. Steelers-Skins -7% in early window compared to Eagles-Falcons. Rams-49ers late was -25% from Vikes-49ers

Down 25 percent from a year ago is really ugly, as is drawing the worst rating in eight years.

ESPN’s MNF lineup always leaves something to be desired because NBC gets first pick for Sunday night (and maybe because the NFL hates ESPN), but this one was especially bad. The game was (predictably) a snore, with only 14 total points scored in the first three quarters and barely 500 yards total between the new teams. Once the national anthem was over and the novelty of the scoreboard saying “Los Angeles” wore off, there wasn’t much reason to watch. Who’s the more famous starting player on these two teams? Todd Gurley? NaVorro Bowman?

We’ll keep an eye on MNF ratings the rest of the season and see if the poor ratings are a trend worth analyzing further.