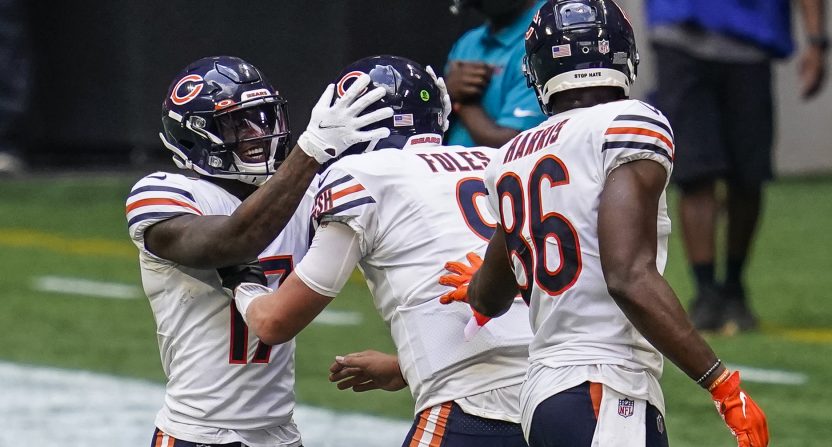 Canceling an NFL game the day before Sunday doesn’t just affect the players, coaches, broadcasters, and fans of those two particular franchises. It sends a ripple effect throughout the entire day and causes the league and it’s broadcast partners to quickly rework the entire schedule.

Given what’s happening around the league right now with positive COVID-19 tests, it’s a process that they’re likely going to have to get used to (since canceling or postponing the season seems to be a non-starter…).

On Saturday, word broke that Cam Newton had tested positive for COVID-19 and, following the news that a Kansas City practice squad player also tested positive, Sunday’s game between the Patriots and Chiefs was postponed until Monday or Tuesday (though Tuesday seems to be the more likely day for now).

The game had been scheduled for 4:25 ET on Sunday and would have been broadcast on CBS. Given what a marquee matchup it is, that game would have been broadcast to pretty much the entire country except for the markets interested in the Bills vs. Raiders. That’s a massive hole to fill and, all due respect to Josh Allen, Buffalo vs. Las Vegas probably wasn’t going to cut it for everyone.

Instead, CBS pushed the 1:00 ET game between the Indianapolis Colts and Chicago Bears to 4:25 ET. While the teams in both games have similar records (Bills and Bears at 3-0, Raiders and Colts at 2-1), it’s likely that we’ll see more markets get the Bears-Colts game, given it features Nick Foles’s first start for Chicago against the stout Colts defense.

Moving that game also creates a large hole at 1:00 ET for CBS to fill in Midwestern markets that would have been watching the Bears and Colts, including Chicago, Indianapolis, Milwaukee, and Minneapolis. The only other 1:00 match-up that makes geographical sense for CBS is Cincinnati-Jacksonville, though that’s not likely to get those audiences too excited. Fox will be broadcasting Vikings-Texans, Lions-Saints, and Browns-Cowboys at that time, so it might be a moot point anyway.

That compounds the issue that CBS was already dealing with, needing to fill space for the postponed 1:00 game between the Pittsburgh Steelers and Tennessee Titans. So with two games removed from their Sunday offerings, CBS audiences will now only have three early games and just two afternoon games to choose from.

It’s still lots of football to watch, but losing games like the Patriots-Chiefs on short notice is going to have a big impact on ratings and the bottom line. It’s a concern that both CBS and Fox officials are certainly going to be keeping an eye on, and should be planning for in the very near future again.