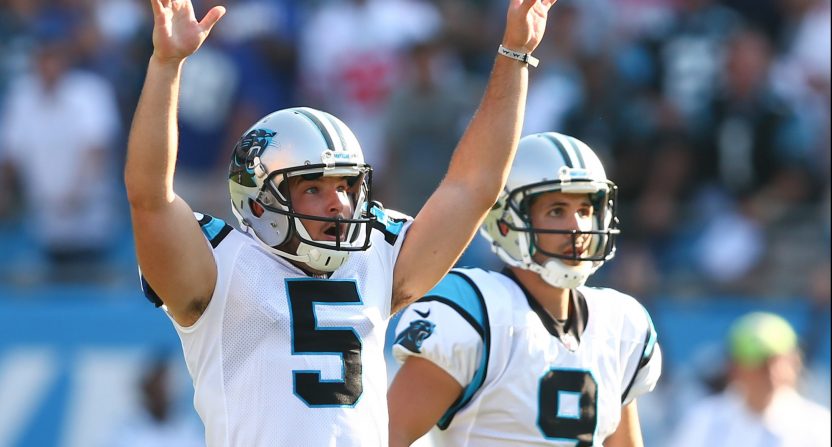 The New York Giants-Carolina Panthers game on Sunday had a fantastic finish, complete with a 63-yard game-winning field goal by Graham Gano. Many fans saw it live, but in Philadelphia, fans had to wait until a Fox Sports update in the Vikings-Eagles game to find out what happened.

That’s because the Philadelphia Fox affiliate, WTXF went to commercial (two minutes of ads, to be precise) so it could join Vikings-Eagles right at the opening kickoff.

This is how it looked on Fox Philly:

With 0:06 remaining, just before Graham Gano would kick a game-winning 63-yard field goal to win the game, @FOXSports cut away from Giants-Panthers in Philadelphia to air… commercials. pic.twitter.com/iDLlvEf9uv

Yikes. Talk about a quick cut.

In case you still haven’t seen the ending, here it is:

The Philadelphia cutoff occurred because the NFL has a rule that local markets have to air the games involving their teams right from the beginning, preventing them joining a game in progress. If a game in the early window is not over, as was the case with Giants-Panthers, the local affiliates must break away so they can join their game on time.

It was a lose-lose scenario for Fox Philadelphia because it was criticized when it cut away, but it would also be damned if it didn’t show the entire Vikings-Eagles game from the kickoff.

Fox Sports sent a statement to Philly.com, which didn’t placate fans who wanted to see the ending:

“At the end of every game window there’s a 2 minute local break. Because it’s local it’s not really our time to manipulate,” a spokesman for Fox Sports told the Inquirer and Daily News in a statement. “We pulled out at the last possible moment to get that break in and still make it to kickoff of the Eagles game.”

This happens every season when the early Sunday afternoon window runs into the late games. The NFL has tried to prevent this by first pushing back the start of the late Sunday games until 4:15 p.m. ET and then 4:25 p.m. ET, but it still has not managed to stop the runnovers and the complaints that local stations are cutting off exciting finishes.

The NFL is stuck between a rock and a hard place here. While it would like to please everyone by sticking with a fantastic finish, it knows the uproar that would occur if a start of a local game is missed. Naturally, the league is just going to stick with this policy unless it decides to once again push back the start of its late window past 4:30 p.m. ET.