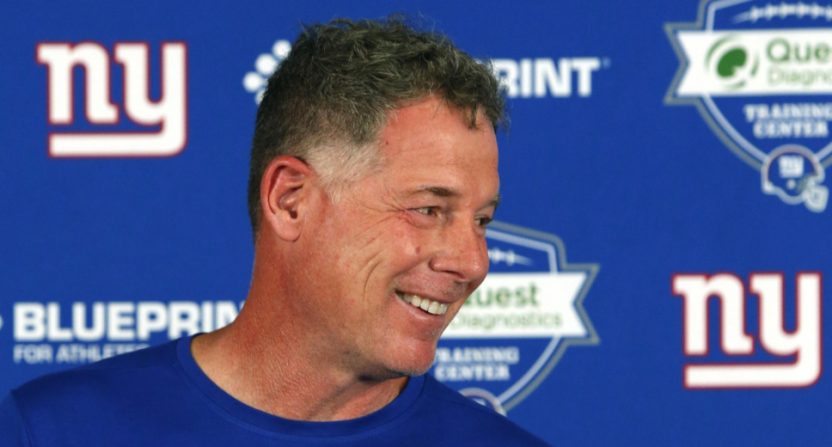 There have been a whole lot of sexual references in the sports world over the years, but most of them have come from broadcasters, with a few from players. It’s more unusual to see that from a coach, but boy, did New York Giants’ head coach Pat Shurmur provide one Tuesday when asked about similarities between Eli Manning and their new, much-criticized sixth-overall pick Daniel Jones.

"They're very calm in their approach, but they're very fiery under the covers" pic.twitter.com/Ad45AWNGAp

“There are similarities, obviously, in their stature, how they handle themselves. Personality-wise, I would say in some ways they’re similar. As we get to know Daniel Jones and his personality more, they’re very calm in their approach, but they’re very fiery under the covers, and I think that’s the…you know, I don’t think you want to misrepresent either one of them. Because they’re both very fiery about making sure things are done properly, they demand it of themselves and they demand it of the people around them.”

Well, that answer certainly got away from Shurmur a bit (he probably meant to say “fiery under the surface,” unless he has information about Jones and Manning’s bedroom habits). But hey, credit to him for realizing what he said and trying to put it in slightly better context. Even if that’s not the part of this quote anyone will be discussing.