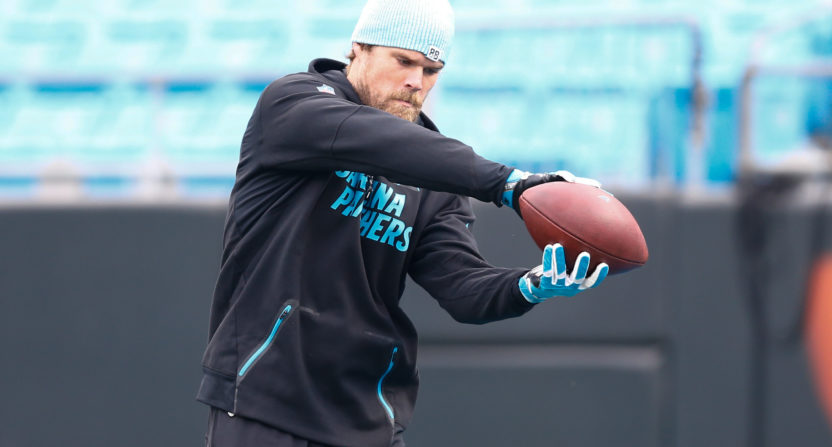 If you’re looking for a current NFL player likely to make a successful career in broadcasting after retirement, look no further than Carolina Panthers tight end Greg Olsen.

Months after calling a Rams-Vikings game for Fox while on injured reserve, Olsen will serve as a guest analyst on ESPN’s Postseason NFL Countdown in the hours before the Super Bowl, the network announced Thursday. ESPN senior marketing coordinator Seth Markman said Olsen was a good fit to analyze the Patriots-Eagles matchup because both teams feature Pro-Bowl tight ends.

“Greg is a great player who knows the game and how to share his insight with fans,” Markman said. “We were particularly drawn to him for Super Bowl because this game features two of the best tight ends in football with Rob Gronkowski and Zach Ertz.

“Greg is the perfect person to talk about the importance of the Patriots and Eagles’ tight ends, while also sharing his own experiences of playing in the Super Bowl. We are excited to have him on our set.”

Olsen will appear alongside Suzy Kolber, Steve Young, and a parade of other analysts on a Countdown show that will run from 10 a.m. to 2 p.m. ET on Super Bowl Sunday.

The tight end’s stint on Fox earlier this season generated some controversy, when Minnesota general manager Rick Spielman complained that Olsen receive a behind-the-scenes look at the Vikings only weeks before the Panthers were to play them. Fox promised Olsen would not participate in pregame meetings with coaches and players, and he called the game without incident.

Olsen’s Panthers won the game between the two teams weeks later 31-24, though he didn’t have a catch.

Clearly, the 32-year-old Olsen has interest in television, and clearly television executives have interest in him. He has played 11 seasons, facing hundreds of NFL players, so he’s certainly informed about the league, and he’s known as a smart interview and a good guy. This year, he’s an NFL Man of the Year finalist (marking quite a departure from his “third leg” days). Olsen is still a productive NFL player when healthy, so he probably won’t need to get behind the mic too soon, but when he hangs up his cleats, he’ll likely have a post-career job waiting for him.