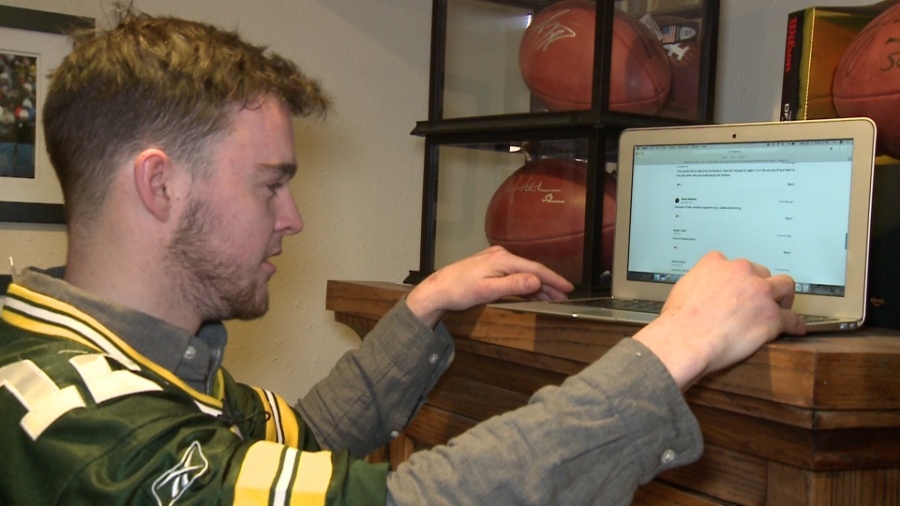 Petitions to change announcers for marquee sporting events simply aren’t going to work. Networks make their own decisions on who to put in what role, and while viewer feedback can matter, people signing a petition is generally not going to make the network change its mind. That hasn’t stopped fans from trying, though; over 10,000 signed a petition to remove Mike Milbury from NBC’s hockey coverage back in February, over 12,000 signed a petition to replace Joe Buck with Bob Uecker for the World Series this October, and now over 21,000 are going after Buck again, trying to ban him and Troy Aikman from calling Green Bay Packers’ games (including Sunday’s playoff tilt with the Dallas Cowboys). Here’s the incredibly-reasoned logic of this Change.org petition, created by Andrew Dorff of Brookfield, Wisconsin:

This is a petition to get Joe Buck and Troy Aikman banned from announcing/commentating on the Green Bay Packers.

On behalf of the Green Bay Packers fans across the world, we would like action taken to prohibit them from giving their constant negative input about our team. We are sick of the biased announcing always coming from them.

Constant negative input and biased announcing, eh? At this point, it might be toughest to find a fanbase that isn’t convinced Buck is biased against them (which is probably a sign he’s doing his job). But hey, this got Dorff an interview with Milwaukee ABC station WISN, including the photo at top. Here’s the key part of what he told them:

He’s not a fan of Buck or the former Cowboys quarterback.

…Dorff is also worried about Aikman during the Dallas game.

“The fact that he might be more in favor while announcing the game,” Dorff said. “Clearly he’s going to have his bias towards his home team.”

A “the fact that” and a “clearly”? Nice. This guy’s forming incomplete sentences and tossing out non-facts as facts at a truly elite level. Perhaps there’s room for him on one of FS1’s debate shows. Oh, and how’s Dorff going to get this done? Let’s check out his full letter:

Well, Andrew, I think we can probably keep Aikman and Buck from calling Packer’s games. Packers’ games, on the other hand, might be a little more difficult. But hey, this is a more actionable request than some we get:

Dude on FB sends us (and other outlets) messages like this almost daily. Has TONS actionable of ideas pic.twitter.com/0xe6GUKXxX

He’s been really focused on fixing Fox which is good because nobody is really doing that. pic.twitter.com/b1bTrJ2KGW

So, Andrew, good luck with your petition. It seems like a safe bet that it won’t work, though, and that Buck and Aikman will indeed be calling Sunday’s Packers’ game (and many more in the years to come), regardless of how many people sign a form on the internet. But hey, you tried.
[Complex Sports]