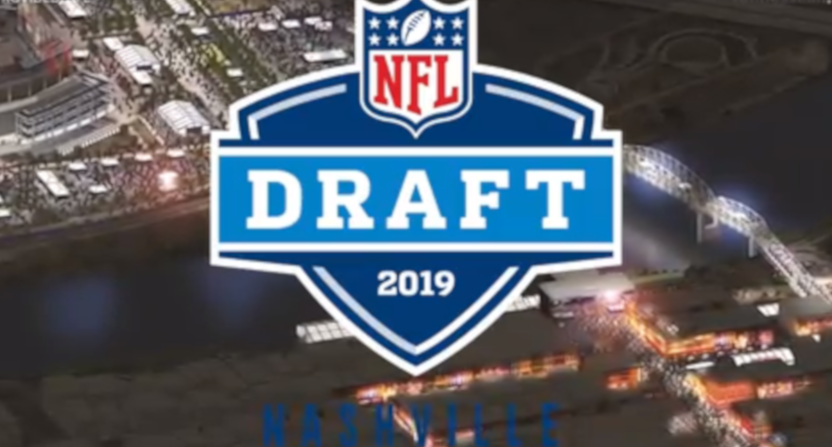 The movement against NFL reporters tipping draft picks continues to prevail. Back in 2012, ESPN and NFL Network responded to the league’s desire to avoid tipping picks, declining to show prospects on the phone before the picks were officially announced. Plenty of picks still got out that year because of reporters like Adam Schefter (who was working for ESPN) tweeting them, but 2014 saw ESPN and NFLN ban their reporters from pre-reporting Round 1 picks, and that approach has largely continued since, with NFLN even expanding it to the first two nights in 2016.

Richard Deitsch of The Athletic reports that this will again be the case this year:

NFL (TV) DRAFT NEWS: Once again, both ESPN and the NFL Network have agreed not to tip picks for the NFL Draft. No staffers will tweet out picks ahead of the podium picks.

That doesn’t mean that no picks will wind up being tipped on Twitter, as the likes of CBS’ Jason La Canfora and any number of other national and local reporters are not covered by the NFLN and ESPN bans. But it does mean that many of the most prominent NFL draft newsbreakers out there, including ESPN’s Schefter and Chris Mortensen and NFLN’s Ian Rapoport and Daniel Jeremiah, won’t be tweeting picks ahead of time. And while that doesn’t make Twitter a completely safe place for those who want to not know anything until the pick is officially announced, it certainly means there’s less risk of them seeing it ahead of time.

The pick-tipping ban is interesting, as it’s a huge deviation from the regular standards of reporting and even the regular standards of sports reporting. People like Schefter are employed to break news before it becomes official, and they regularly do that with trades, releases, free-agent signings and more. Having them hold information they’ve found out that has value to the public is a long way from the norm.

And it’s notable that pick-tipping still happens in other sports like the NBA. There, hilariously, despite a NBA push last year to stop pick-tipping during the draft, ESPN’s Adrian Wojnarowski spoiled the entire top six picks before the draft even started (with the only eventual change to what Wojnarowski reported being a flip-flop between five and six, plus a trade of which teams held picks three and five). Shams Charania (then with Yahoo, now with The Athletic and Stadium) also reported the top two picks before the draft. And that also led to Woj in particular using all the creative language he could (“is locked in on,” “is focused on,” etc) for the rest of the first round to tip picks without violating the strict letter of the “don’t announce the pick” rule. Oh, and none of that hurt the ratings, which were the fifth-best on record despite the likely top six being reported hours and hours before the event.

So, not completely banning pick-tipping seems to work just fine in some other sports, and it’s certainly less complicated for the reporters involved. It also allows the members of the public who do want news as it happens to find it, not to wait for it to be revealed in a choreographed television ceremony. But at the same time, it’s somewhat understandable why ESPN and NFLN have again agreed to ban their reporters from pick-tipping; the lobby of NFL fans who both want to be on Twitter during the draft but don’t want anything spoiling the television moment is so large and so loud, and they’ve made it very clear that they’re going to yell at not just reporters who pick-tip, but at their outlets. ESPN and NFLN have decided that it’s worth it to pin down their reporters, both to not take that criticism and to encourage more people to watch their televised podium ceremonies instead of just following the draft on Twitter.

Also, while this is a long way from standard reporting procedure, there aren’t really dire consequences for forcing reporters to sit on the information here. This is something that’s going to come to light anyway when it’s announced from the podium, so the rules against pick-tipping function more as a timed embargo than as burying information. (It’s a policy enforced by the reporters’ own outlets and one that applies regardless of how they gain the information, so the correlation to a regular embargo isn’t perfect, but the net result is similar.)

Both ESPN and NFLN have decided maintaining this policy makes sense for them, and it will certainly please the crowd that dislikes pick-tipping and wants the choreographed TV event. While it may be annoying to others, there’s still the option of following non-ESPN, non-NFLN reporters.