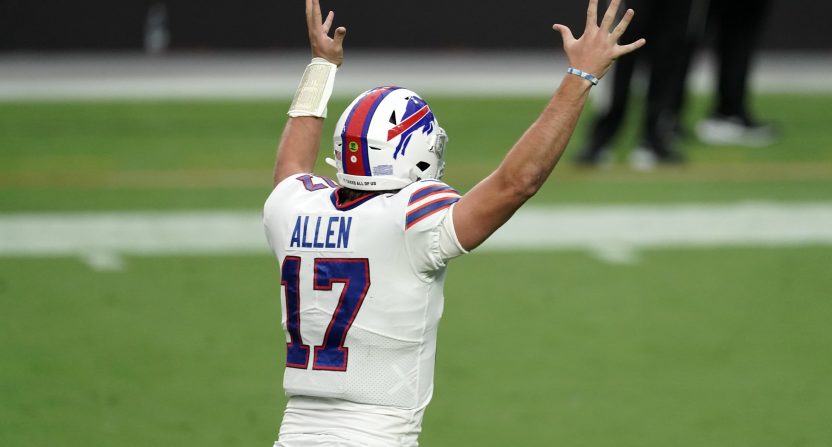 Week 4 of the 2020 NFL season was the league’s toughest of the young season so far, with a rash of positive COVID-19 tests forcing the postponement of Titans-Steelers. Cam Newton’s positive test also pushed Patriots-Chiefs, the featured game of the week on CBS, to Monday night, and bumped Colts-Bears into the late window.

With all that being said, it’s reasonable to be somewhat forgiving of the poor viewership for the CBS doubleheader on Sunday. The early window, which ended up being Chargers-Bucs in three-quarters of the country, averaged just 9.95 million viewers, down 32% from last year’s doubleheader, per Sports Media Watch. Last year’s early timeslot on CBS was filled by Patriots-Bills in just over half of the country. The lack of the Steelers, a strong local draw in a smaller market, and Bears, another powerful local draw in a huge market, clearly hurt viewership for that window.

I actually think the late window performed admirably, despite losing the Patriots-Chiefs matchup to Monday night. Bills-Raiders, also in three quarters of the country, drew 18.61 million viewers, the most-watched NFL window of the week, but down 6% from 2019’s Vikings-Bears highlighted window. A matchup like Buffalo-Las Vegas has much less sex appeal than New England-Kansas City, and yet, the window didn’t completely fall apart.

Fox’s singleheader was up, but much like last week’s increase, it was a small one. The six-game hodgepodge window (Browns-Cowboys, Giants-Rams, Saints-Lions) averaged 16.85 million viewers, up 1% from last year’s singleheader. A year ago, the window, featuring Chiefs-Lions, Bucs-Rams, and Redskins-Giants, drew 16.48 million viewers. This season, both of Fox’s singleheaders (Weeks 2 and 4) have been up, while three of its four doubleheader halves (both windows in Week 1, late window in Week 3) have seen increases.

Sunday Night Football on NBC, featuring an injury-ravaged 49ers team hosting an injury-laden Eagles team, drew just 15.08 million viewers, down 37% from a blockbuster Cowboys-Saints matchup a year ago. This isn’t all that shocking, and while Game 3 of the NBA Finals went head to head with the game, Lakers-Heat drew a series-low 5.94 million viewers.

The unexpected Monday night doubleheader was a disaster for ESPN, with Falcons-Packers drawing just 8.65 million viewers. That’s down 21% from Bengals-Steelers last year, though the decline wasn’t a surprise, given the superior competition on CBS during the first half of ESPN’s game. Speaking of CBS, their bonus MNF game between the Chiefs and Patriots drew 14.60 million viewers. There’s really nothing to compare that game to, since MNF airs on cable each week, but I will note that the Saints-Raiders Week 2 game that aired on ABC, ESPN, and ESPN2 drew 15.59 million viewers.

Week 5 now looms, and looks pretty interesting. Thursday Night Football will air on both Fox and NFL Network, and this week will feature the Bears hosting the Bucs. Week 5 of TNF last year was a Rams-Seahawks matchup that did not air on NFL Network thanks to a carriage dispute between Dish and Fox. Fox also has the singleheader once again in Week 5, and their best games are Eagles-Steelers, Rams-WFT, and Dolphins-49ers. The CBS doubleheader (tentatively) has Bills-Titans and Raiders-Chiefs early, and Giants-Cowboys and Broncos-Patriots late. Sunday Night Football in Week 5 has Vikings-Seahawks (last year’s matchup was Colts-Chiefs), and the Monday Night Football game is Chargers-Saints (Browns-49ers a year ago).