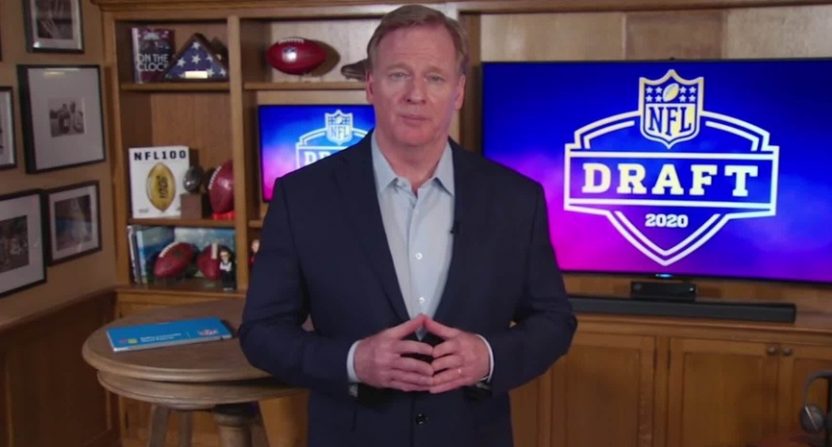 While countless sports leagues’ futures are fully up in the air thanks to uncertainty about the COVID-19 pandemic, the NFL is going ahead with plans for a relatively-normal season as of now.  ESPN’s Jeremy Fowler reported Saturday that the league intends to stick to its plan to release a schedule by the end of next week, and that that schedule will include a Sept. 10 start and a Feb. 7 Super Bowl:

The league will release its 2020 schedule late next week without any major changes, league spokesman Brian McCarthy confirmed — including a Sept. 10 opener, the Super Bowl on Feb. 7 and visions of fans in the stands.

“We plan to start on time,” McCarthy said.

Fowler’s piece adds that the league is considering “contingency plans should the pandemic intensify,” including a later start to the season (possibly in conjunction with no bye weeks), empty stadiums, and more, but that at the moment, they don’t plan to change much. And he adds that one thing they’re not considering is centralized locations, which other leagues have been talking about:

One option not on the table, a source told ESPN, is gathering players at a centralized location to execute a season. The NBA and Major League Baseball have discussed playing at a neutral site such as Walt Disney World, Las Vegas or Arizona, but the NFL doesn’t plan to do that.

It’s certainly interesting to see the NFL seemingly pressing forward with business as usual when other leagues are discussing plans with much more drastic changes. Of course, it helps that the NFL season starts much later. Those other leagues are already missing games, while the NFL has four months before a regular-season game is scheduled. And while the NFL did have to alter its combine and draft, and is currently altering its offseason minicamps and facility-access plans, those are pretty small changes compared to what other leagues have had to deal with. Heck, the NFL draft from home wound up pulling in huge viewership records, probably thanks partly to the novelty and mostly to the lack of other sports content out there.

But there are still big questions as to if the NFL will actually be able to open the way it plans, and especially if that will involve fans (something U.S. president Donald Trump expressed support for beginning in August in a call with leagues in early April). Some governors have already expressed skepticism about the idea of the NFL opening as normal in September with fans in the stands, with California’s Gavin Newsom in particular saying “I’m not anticipating that happening in this state.” So we’ll see where things go there.

Even if the NFL does shift to no fans for at least the start of the season, there are still some challenges with opening up in September. NFL games involve giant numbers of players (the active roster was expanded from 53 to 55 players in the new CBA), coaches, medical personnel and other staffers, and there are certainly some worries about spreading COVID-19 infections there, especially for players and medical personnel.

Perhaps the testing setup will look dramatically different by September, and maybe the 2020 NFL regular season will be able to go ahead as planned. And that would certainly be a huge win for the networks that broadcast the league, and for the sports media that covers the league. But it also seems quite possible the NFL may have to incorporate some of those contingency plans, even if they’re not currently counting on that.