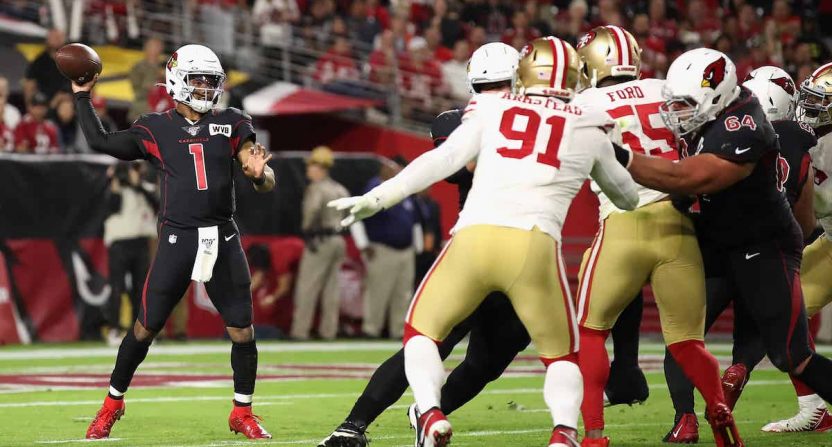 Once again for the Christmas holiday, the NFL is scheduling a Week 16 tripleheader for fans. This year’s pro football gift will broadcast the day after Christmas with Lions-Buccaneers, 49ers-Cardinals, and Dolphins-Raiders on Saturday, Dec. 26.

Unlike last year, however, when all three games were exclusively on NFL Network, the league will broadcast two of the three games on its own network while the other is an exclusive Amazon Prime streaming telecast. Lions-Bucs at 1 p.m. ET and Dolphins-Raiders at 8:15 p.m. ET will be televised on NFL Network, with 49ers-Cardinals at 4:30 p.m. ET will stream on Amazon and Twitch.

Amazon’s exclusive is part of the three-year deal the streaming outlet and online retailer agreed to with the NFL earlier this year. Its telecast won’t be available to any other national networks and Amazon will be required to sell rights for the game to local over-the-air stations in the San Francisco (KNTV) and Phoenix (KSAZ) markets. (The NFL Network games will also be televised on local markets in Tampa Bay, Detroit, Miami, and Las Vegas.)

From what we're told, Amazon will have an exclusive game in each of the next three seasons

Each of the three games can be viewed on NFL digital media and mobile outlets, along with the Yahoo! Sports and Verizon Media apps.

All three Dec. 26 games were moved up from their tentative original scheduling on Dec. 27 and should be appealing matchups with potential playoff consequences.

Tampa Bay is in line for a Wild Card playoff spot and a matchup with the Lions should bolster those chances. (Yes, viewers will have to watch Detroit slog its way through a lost season, but at least Tom Brady makes the game more palatable.)

Both the Cardinals and 49ers should make the playoffs with the expanded postseason field of seven teams per conference, but San Francisco is currently tied with the Bears and Vikings for that final NFC spot. The Dolphins hold the AFC’s final playoff spot right now, but the Raiders can still catch Miami or the Colts for that No. 7 seed.

Last season, the league scheduled an NFL Network tripleheader for the Saturday before Christmas (Dec. 21, 2019) including Texans-Buccaneers, Bills-Patriots, and Rams-49ers.