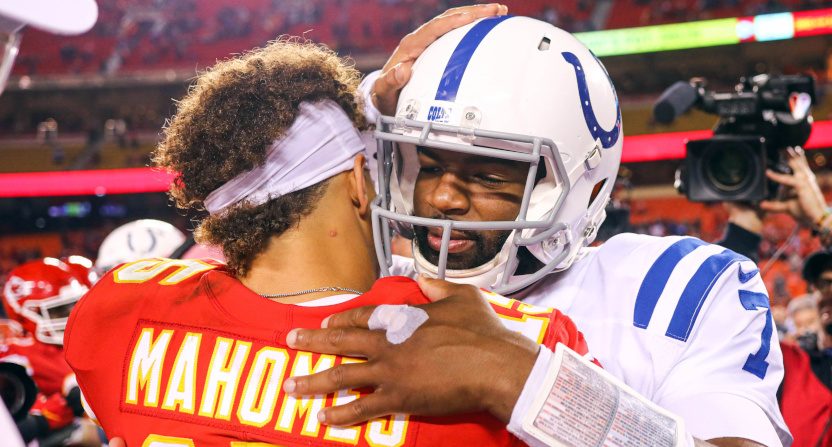 The ratings are in for Week 5’s NFL action, and there’s some good news for CBS and some more moderate news at NBC. First, CBS posted their best numbers for a singleheader window (Patriots-Redskins early for much of the country, Broncos-Chargers late for others, and a few other games) of the year so far, and continued their strong ratings showing to date.

While it’s still early in the NFL campaign, it is impressive to see the CBS ratings off to the best start since 2016, as NFL ratings overall have been largely in a slump since then. At NBC, though, the news is a little more muted. Sunday Night Football (Colts-Chiefs) still handily won the night, stayed on par with last year’s Week 5 game (Cowboys-Texans, which went to overtime), and marked the best SNF rating for the Colts since 2016, but it fell relative to last week’s highly-watched Cowboys-Saints matchup.

That makes sense given the Cowboys’ impact on ratings, so this isn’t the worst possible news given the matchup. And it is impressive that this tied a Cowboys game in that slot from last year. But it does indicate that last week’s SNF numbers may be more of a high-water mark than something we’ll often see going forward.

As for Fox, Paulsen has their key late-game numbers at Sports Media Watch:

Fox also put out this tweet about their ratings:

In Week 5, @NFLonFOX continues its reign with America's Game of the Week. ? pic.twitter.com/4omcoSCi1P

Paulsen’s post also notes that Fox averaged a 10.6 for its early window (featuring Giants-Vikings and Bears-Raiders in many markets), up 15 percent from last year. And it has some good detail on how the ratings have changed under Nielsen’s new measurement system, which only includes overnights in 44 markets now (and excludes NFL markets New Orleans and Buffalo).