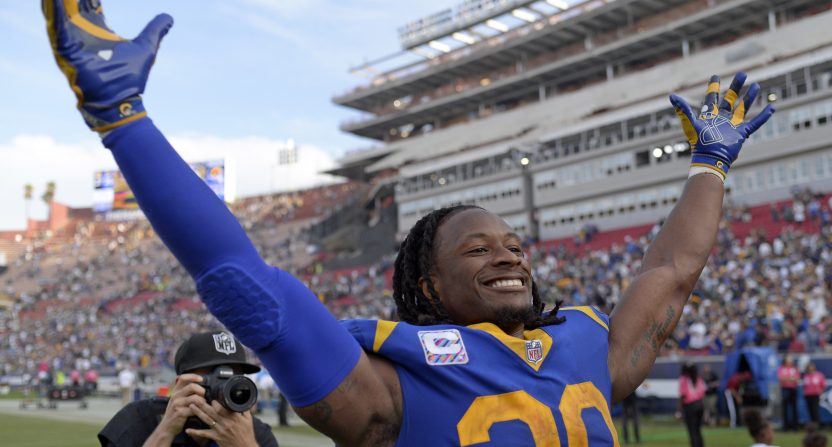 The 2018-19 NFL season saw plenty of year-over-year ratings increases week-to-week, and that added up to a season of rebounding ratings overall. With Week 17 in the books, Anthony Crupi of Advertising Age and Austin Karp of Sports Business Journal tweeted about how the ratings for the whole regular season added up:

Here are the final NFL ratings tallies for the regular season. All TV windows were up 5% YOY to 15.8M viewers and a 9.1 HH rating. pic.twitter.com/FoaLU1AREW

There are a few interesting things in there. One particularly notable one is that Fox late national window (LNW). That window pulled in the best ratings overall for any NFL package, something that’s important to keep in mind while NBC is trumpeting “SUNDAY NIGHT FOOTBALL” ON PACE TO BE TV’S #1 PRIMETIME SHOW FOR UNPRECEDENTED 8TH CONSECUTIVE YEAR.” (It’s actually not “unprecedented,” as American Idol also did this for eight straight years, but NBC maintains that doesn’t count thanks to an averaging of different nights of Idol). But as Paulsen notes at Sports Media Watch, it also increased year-over-year:

So the NFL is definitely doing better than it was last year, with even its biggest window rising. But there’s some important context there, as Crupi noted. In particular, it was interesting to see that no game hit a 15.0 Nielsen household rating this year:

Of course, as Crupi went on to state, there are some caveats there. Those ratings don’t include streaming or out-of-home numbers, and those can boost the picture significantly. But it still seems that the NFL isn’t quite at the heights it was three to five years ago. And while the numbers it’s posting are still very impressive compared to much of the rest of TV, and while its rise over the pits of 2017-18 is significant, the league perhaps isn’t as dominant as it once was. Still, an across-the-board viewership rise is certainly good for the NFL, and it suggests that the league is in better shape on the TV front now than it was a year ago.